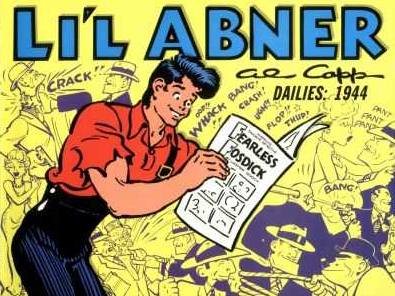 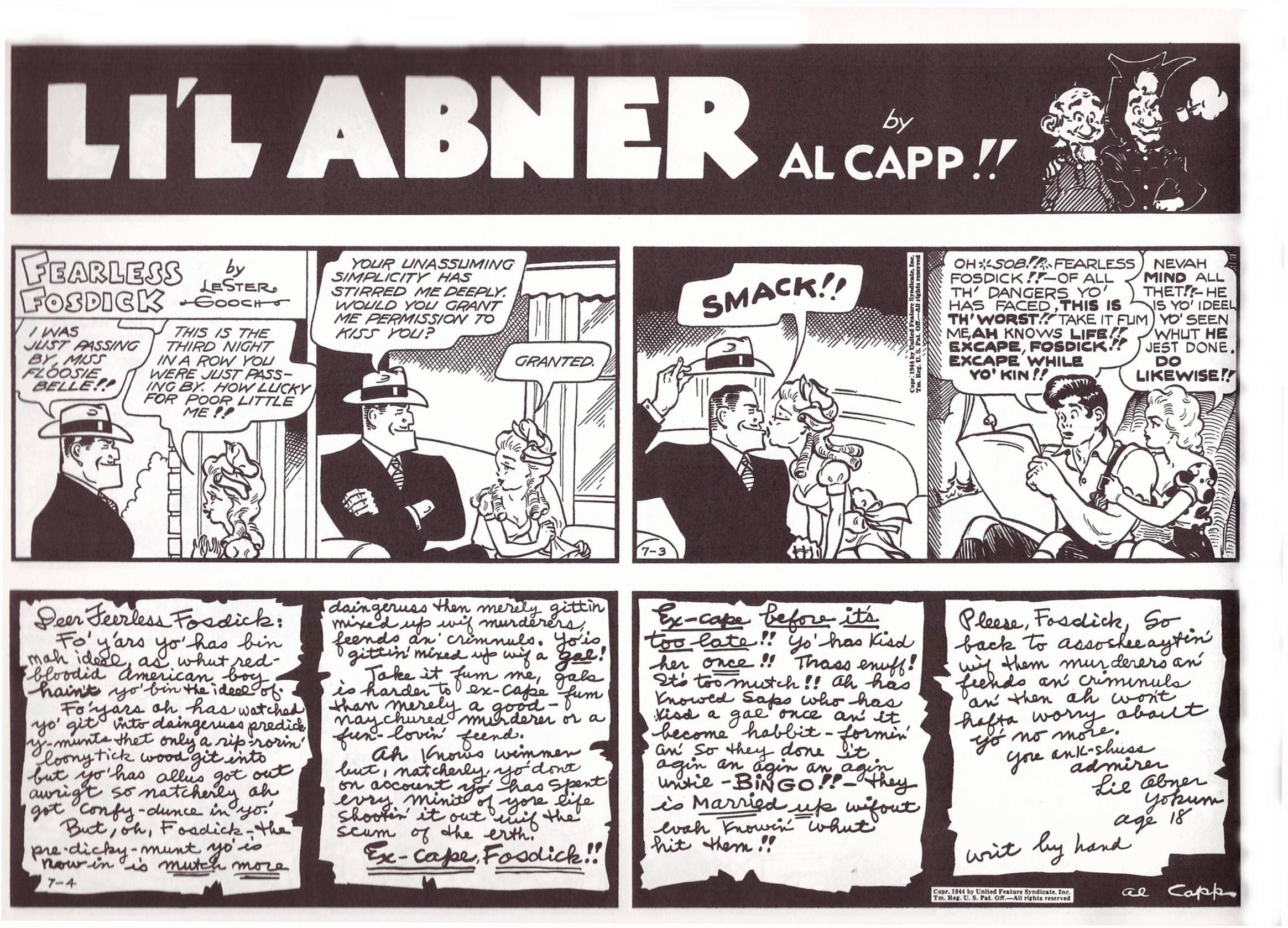 Al Capp introduced Fearless Fosdick in a 1942 Sunday newspaper strip not reprinted in these collections, which are restricted to the daily strip. He was noted as Li’l Abner’s favourite comic strip, and in reality was a loving pastiche of Capp’s mate Chester Gould’s Dick Tracy strip. What makes this rise above a simple repeated parody was Capp introducing Fosdick’s creator Lester Gooch. Over time both would become an integral part of Li’l Abner, as Capp cleverly reflected Abner’s innocence in Fosdick’s brutality.

Fosdick’s return, however, has to wait a little as Abner has other adventures first, beginning with another pastiche, that of Concertino Constiato, the world’s greatest crooner. Unable to apply a lifetime’s learning due to no longer being young and handsome, he transforms Abner into Freddie McGurgle, a not very subtle, but funny take on then teenage idol Frank Sinatra and his emaciated look. After that Abner has to take a job at the Skonkworks, which makes him smell awful to all other persons, and we’re then introduced to another personality who’d have mileage over the years. McGenius charges $5000 for every word he utters, and Capp delivers comedy gold from the schmuck who has to sit and listen to him ramble for an entire week’s continuity.

When Fosdick does appear it’s because Daisy Mae has influenced a creator desperate for ideas. The sample art shows a technique Capp frequently uses. The brilliance of the phonetic dialogue is sometimes missed because the other aspects of Li’l Abner are so good, but in letters Capp draws attention to the phonetic writing. In this case it’s a letter from Abner to Fearless Fosdick, but others appear throughout the strip’s run, always with the “writ by hand” sign-off if the letter’s from Abner. The Fosdick sequence takes some hilariously surreal turns, encompassing Capp’s frustrations with those who’d censor his strip as Daisy Mae attempts to have Abner behave like his hero.

The 1944 Sadie Hawkins Day continuity is the most expansive to date, Capp managing to produce three months of continuity from the annual November event. However, this isn’t padding or stretching the joke too far. Like any other topic Capp uses it as the basis for diversions, mystery and complications, so we have the introduction of the Monster, the suicidal Clamwinkle McSlop’s infatuation with Daisy Mae, and Mammy Yokum discovering she may not be the strongest in Dogpatch. The Sadie Hawkins Day sequence ends with a cliffhanger, and December 1944’s continuity is transferred to Dailies 1945.

By 1944 Li’l Abner had hit a peak from which it took a long time for the quality to drop. The cartooning is immaculate, the personalities are creative, and the jokes are still funny, some of them laugh out loud funny. It’s a gem of a collection. 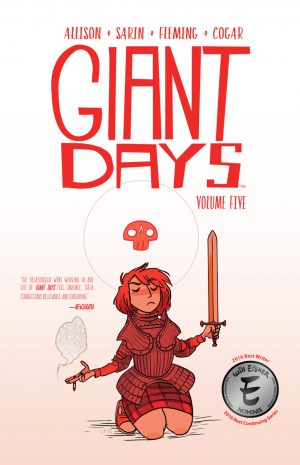 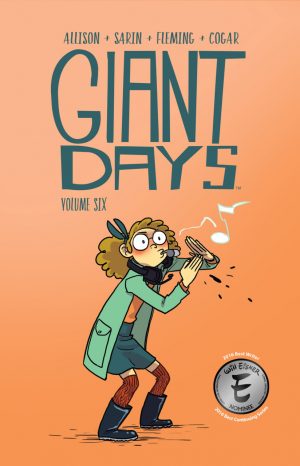 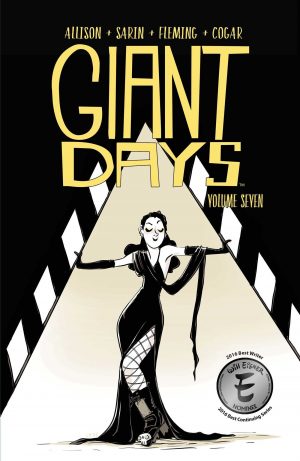 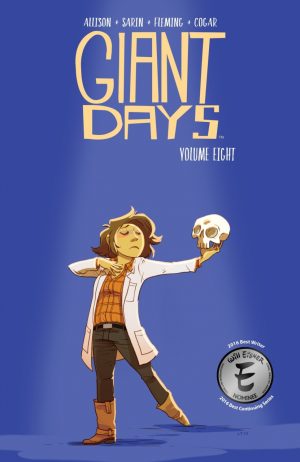 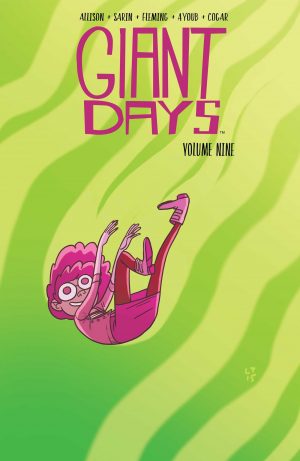