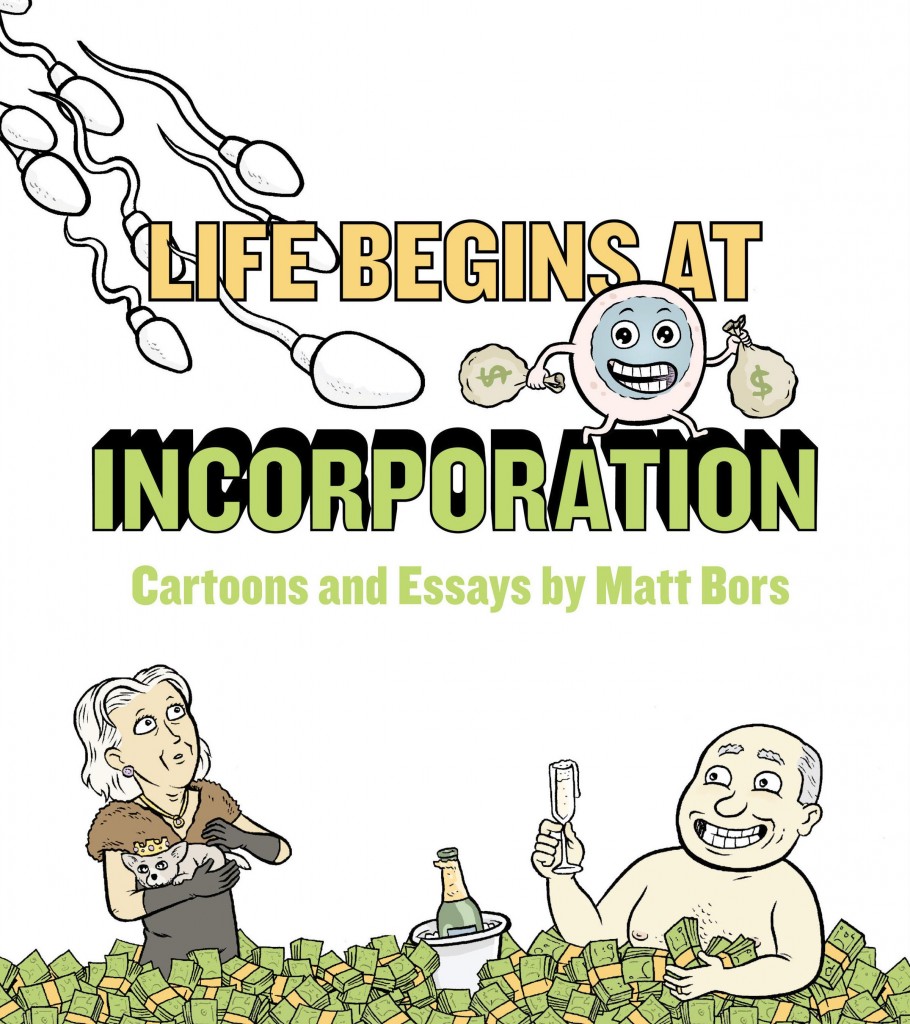 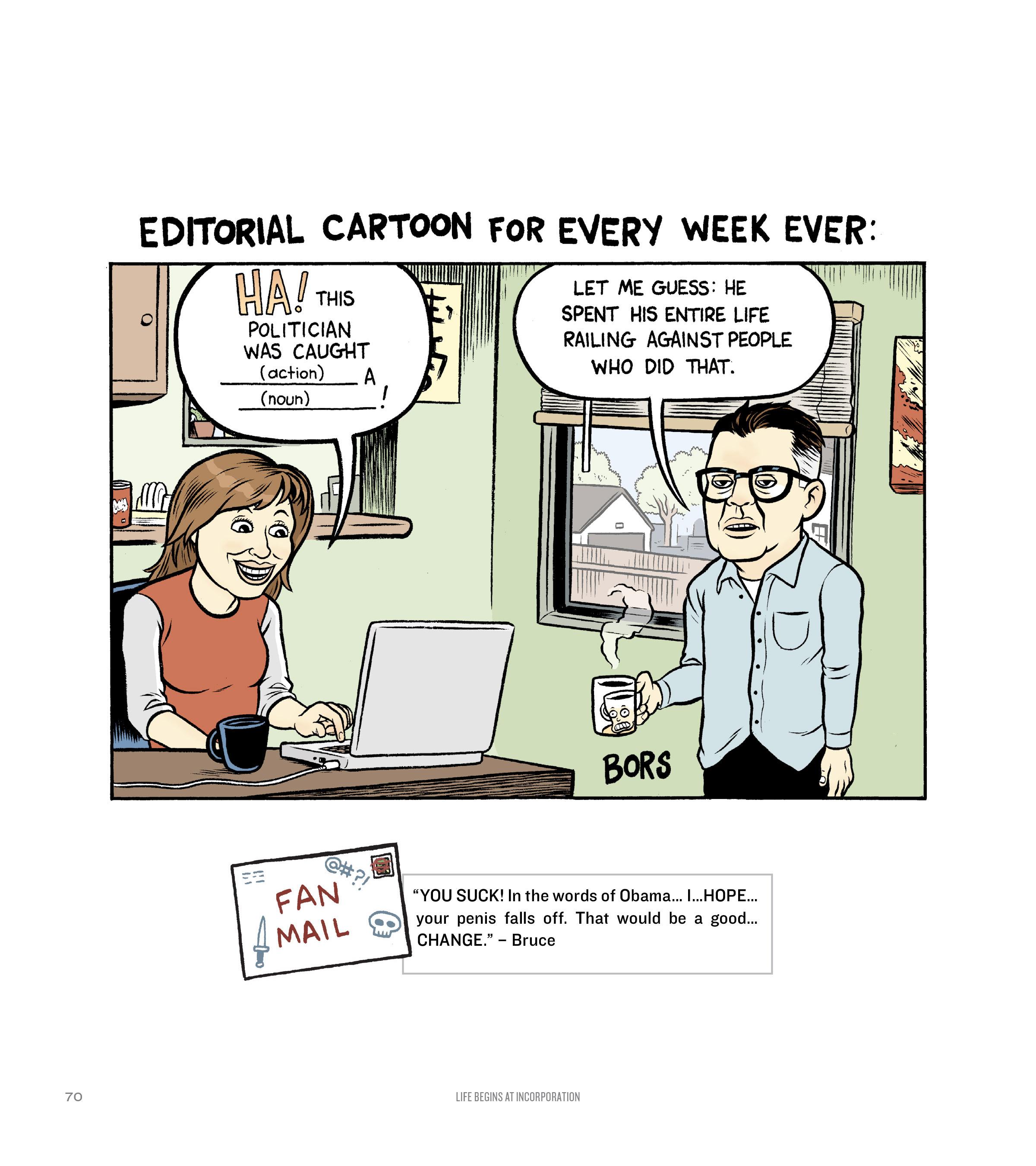 Jack Ohman, a fellow editorial cartoonist, begins his introduction to the work of Matt Bors with a statement about what he considers the job of the editorial cartoonist to be. It’s to kick ass. Bors considers his mission to call bullshit, and over the next two hundred plus pages he does just that time and again, along the way noting that as far as he can tell, he’s the last American to take up the profession. His editorial strips are separated into categories, some broad, some more focussed, and each beginning with an essay offering Bors’ background thoughts on the topics and detailing inspiration, starting with a look at corporate entities as people. It’s a shame some of the lines from the essays don’t make the cartoons, as an opinion that after 9/11 the USA would have saved money by setting a trillion dollars on fire rather than invading Afghanistan is a viable point for discussion.

It’s with Afghanistan that the book comes alive after a dry opening section on the rights of corporations that provides the title. Bors is excellent at distilling a thoughtful comment and he gets plenty of them from Afghans, even the old guy across the hall who believes in Sharia law. A later strip that really hits the spot has an Afghan man explaining his nation’s occupation of the USA in terms of resourcing better roads and schools, and dealing with rulers of dangerous remote tribes like Sarah Palin.

A notable aspect of Life Begins at Incorporation is that no-one of any political or religious persuasion is going to work their way through the book without taking a sharp intake of breath somewhere along the line. Bors has his opinions, he’ll justify them, and they’re independent of political parties, so just when you think you have him nailed as suspiciously apologist when it comes to the left of centre you’ll turn to a strip highlighting Barack Obama’s lack of action on numerous issues. Then he runs an entire chapter mocking the fringe right’s ludicrous beliefs about Obama. Of particular delight are the occasional comments received when a reprinted strip originally ran, some surprisingly lucid and spelled correctly, including the woman who informs Bors he’s going to die face down in shit.

Sometimes Bors runs with an idea that doesn’t quite work. Some of his religious strips are obvious and most use of superheroes falls into this category. Finding an alternative to a justifiably angry woman to use in cartoons about abortion and connected subjects can’t have been easy, but in hindsight perhaps superhero parody the Avenging Uterus wasn’t the answer. Obama as Judge Dredd doesn’t work either. Far more often, though, Bors absolutely nails a topic. He highlights the libertarian paradise of Haiti, provides a bang on comparison between newspapers and bottled water, and a particular bugbear is gay persecution, so a two page list highlights 28 guilty people later themselves revealed as gay. Tweets resulting from an overheard meeting between sock promoters are also great.