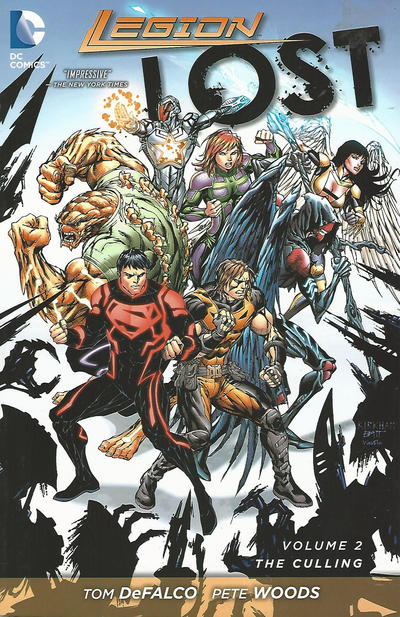 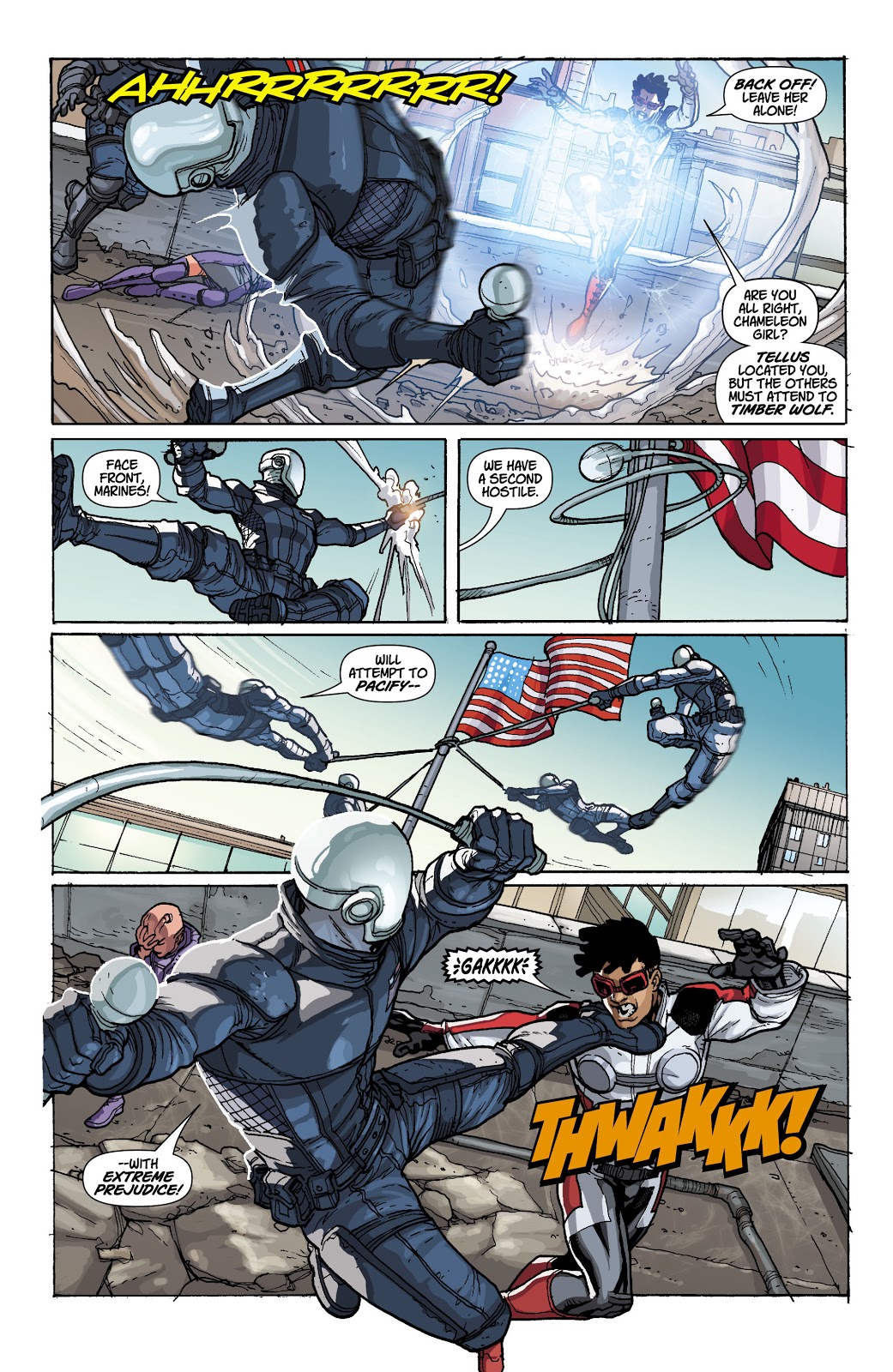 This volume is titled after a crossover story involving the Teen Titans and Superboy. It ran over seven chapters, only two of which are printed here. The first stands alone and makes sense, but much has happened between that and the second, and readers are on their own for that with no explanations, which is annoying. If it’s any consolation, when collected as The Culling: Rise of the Ravagers, the remainder proved not worth anyone’s time. On the other hand, The Culling contains nine chapters overall, and wasn’t unreasonably priced at $16.99 when issued. Perhaps the best way to look at things is to ignore those opening chapters, and pick up with the third, but why did DC title the volume after a crossover that only occupies two chapters here?

Much of Run From Tomorrow was poor, but Tom DeFalco took over the writing at the end, and here it’s obvious he wants to take the story in a different direction. The 21st century authorities are aware the Legion are active, but without knowing who they are or that they come from the 30th century. They know a potential threat, though, and so most of the remaining pages are concerned with their efforts to target the Legionnaires.

DeFalco’s core plots are solid, with decent enough twists, suspicions about a 30th century threat standing out, and he uses the capabilities of the Legion well. Where The Culling falls down, though, is with regard to his characterisation and dialogue. Being stranded a millennium before your era is surely stressful, and the way the Legionnaires are constantly at each others’ throats may drive dramatic tension, but the cost is any credibility. The accompanying shorthand dialogue is poor, as is the 1960s style bombast like “Tyroc and Chameleon Girl may have foolishly put themselves at risk to avoid injuring you, but I lack any such restraint!”

As with the first volume, there’s the occasional panel where Pete Woods sparkles, but it’s rarely one featuring the Legionnaires, more likely to be an impressive cityscape. He’s a good artist, so the art is never less than functional, but this seems a job for Woods, not a project he’s thrilled about. He doesn’t see the book out, Andres Guinaldo drawing the final two chapters with greater enthusiasm.

It’s established that each of the Legionniares has a secret, most of which are revealed, and The Culling comes to a close with a three chapter battle against an alien menace. Again, DeFalco has clever twists in store, one concerning how the alien is so powerful, but these are lost in so much thud and bluster, confused further by the inclusion of other characters. Don’t look for any closure either. At the end the Legionnaires remain in the 21st century, presumably resolved in a Legion of Super-Heroes graphic novel or simply wiped out by the next continuity reboot.