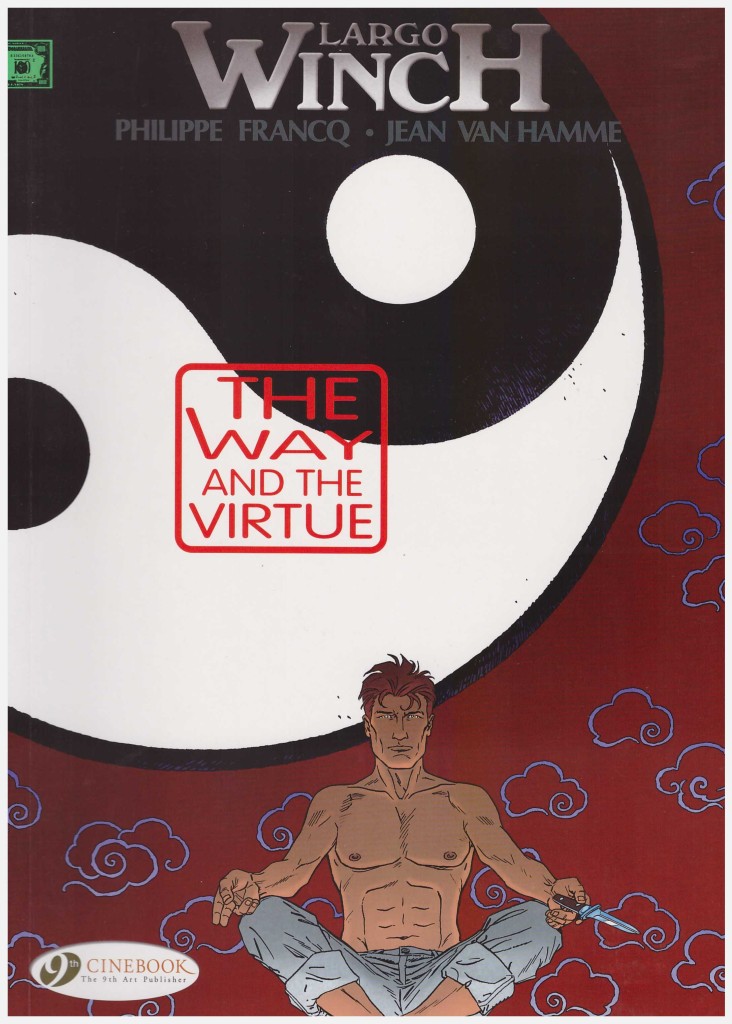 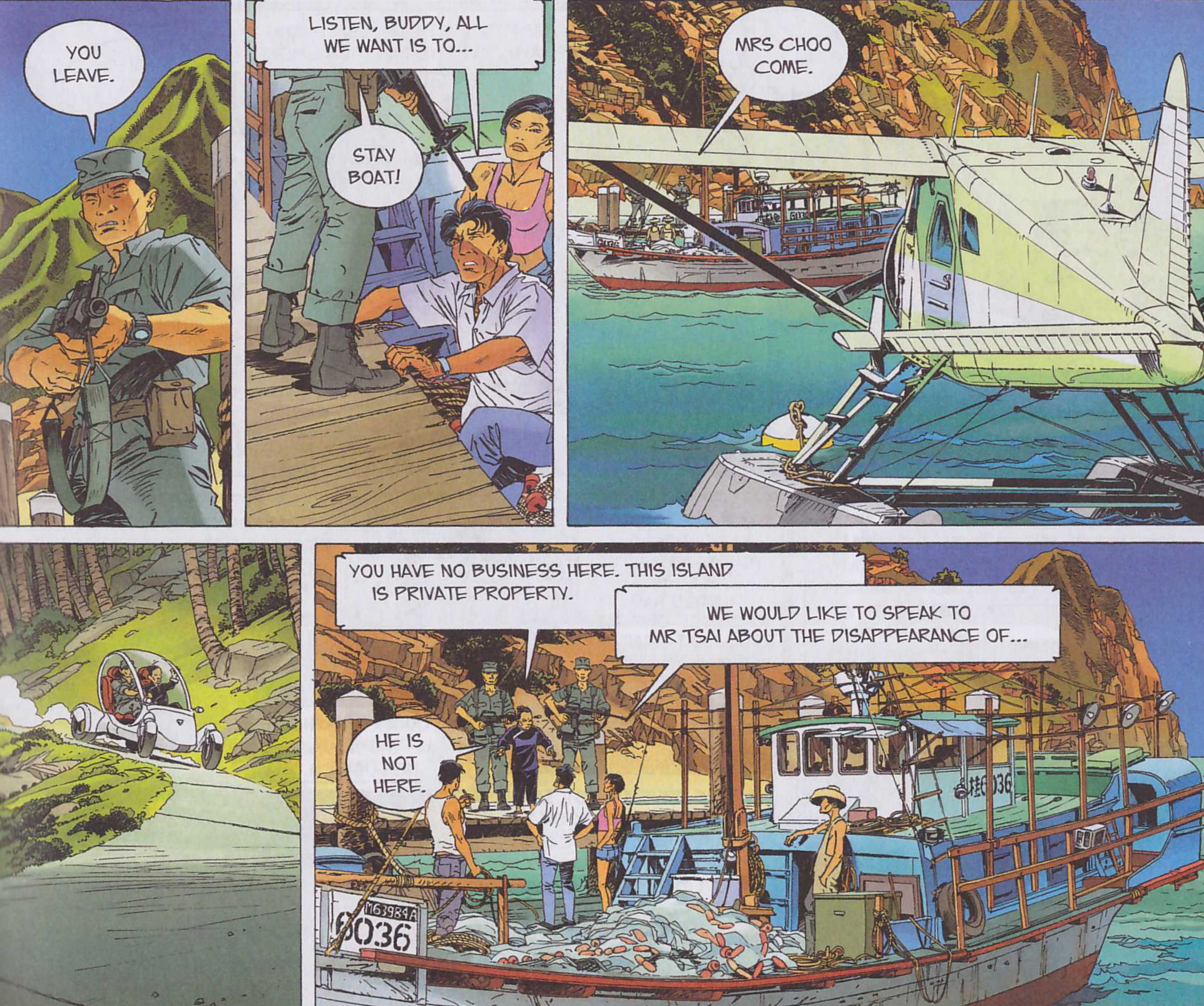 As is always the case, Largo Winch ended the first half of this two part thriller in rather reduced circumstances, jailed, this time for a crime he did commit for reasons explained, but under the care of possibly the last person he’d want to see again. Reminders of his brutal treatment when younger in Tibet have been rekindled, and it would appear he’s now back in one of the world’s most unforgiving environments. That was all in The Three Eyes of the Guardians of the Tao.

It’s set among the current real world politics: “All your wealth won’t change a thing”, Winch is informed in captivity, “The Western world is courting China and no-one will fight to get you out of this.” His friends and company employees are aware Winch has disappeared somewhere in China, but don’t know where, and the authorities don’t appear inclined to help. Pretty early in this book, though, Jean Van Hamme throws in a plot twist, that surely no-one will see coming. It plays on the fine-tuned perceptions of the regular crime fiction reader in excellent fashion. There’s another fine twist regarding the debt Winch believed he was repaying in the previous book.

That previous book was very much set-up, but Philippe Francq has the opportunity to let loose here with some spectacular art. Most of the book’s chase sequences are set in the sky, and he delivers assorted forms of travelling across it, accentuating the vertiginous aspects of these methods in terrifying fashion. There’s also a requirement to illustrate some odd participants in combat scenes, and what might otherwise be cliché is supplied by Francq in credible fashion.

As action thrillers in comics go, you’re not going to find much better than this. It’s an intoxicating blend of plot and counter-plot, with well delivered surprises and superbly drawn. The ending is rather good as well, playing against the customary triumphant return of Winch to his company having set the world to rights. This time there are consequences.

The next pair of Largo Winch books, as ever, forming a complete story, are Cold Black Sea and Red-Hot Wrath.