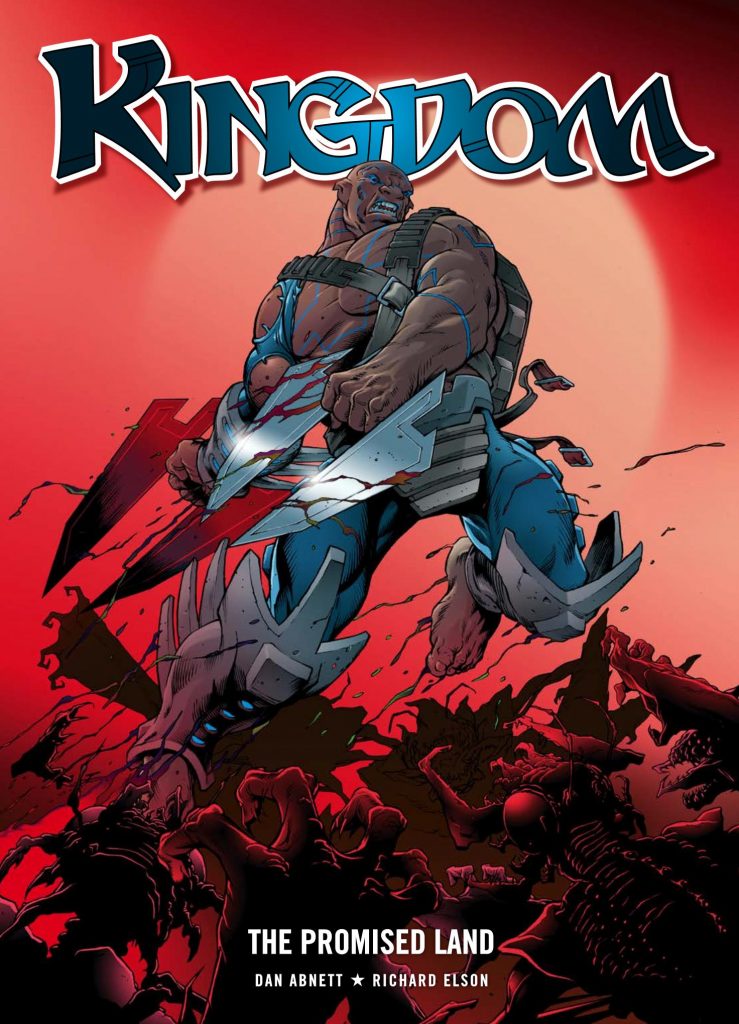 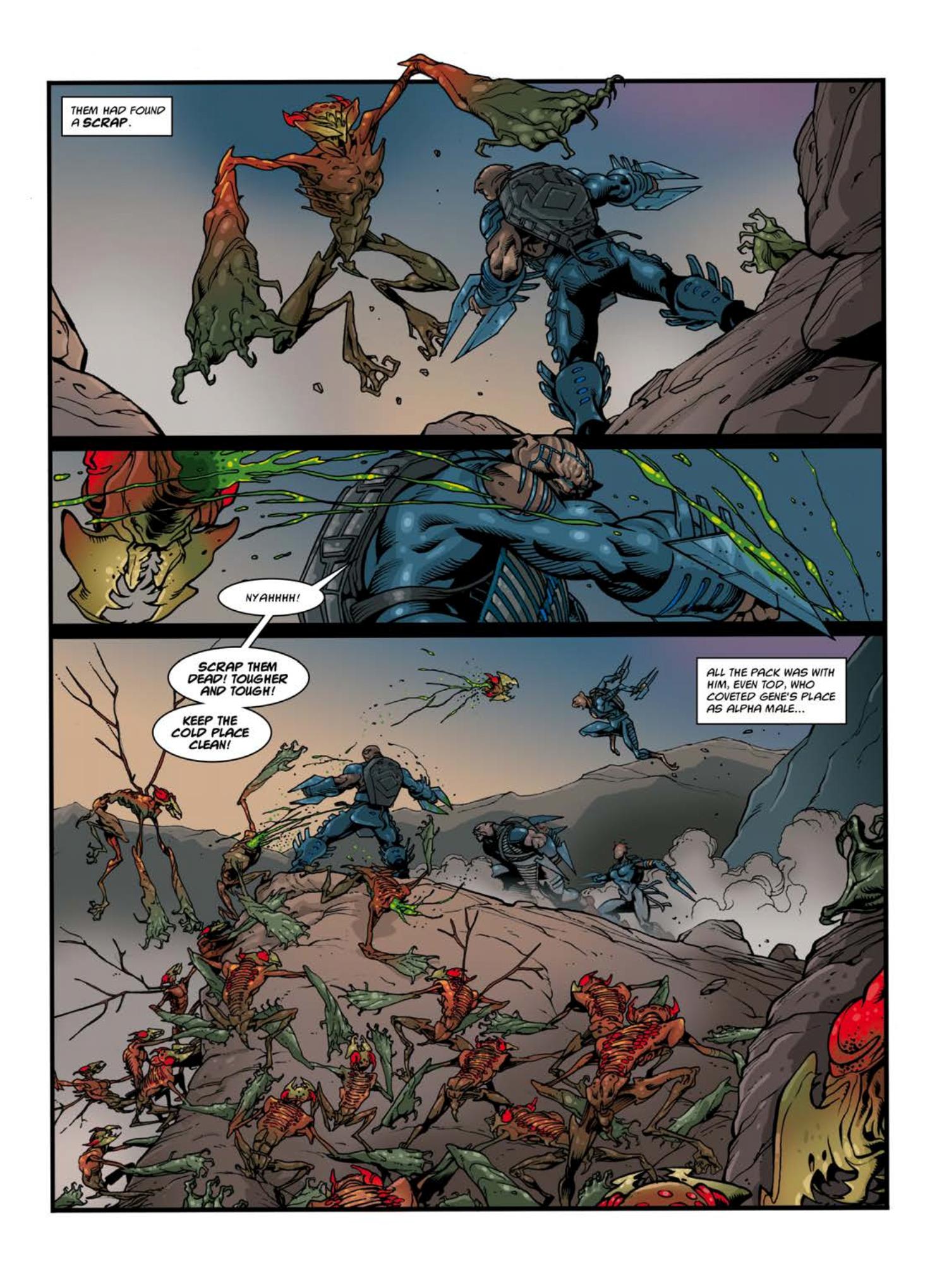 In his introduction Dan Abnett states his intention for Kingdom was to give the post-apocalyptic world the feel of adventure stories that ran in 2000AD’s earliest years. That’s certainly apparent over the opening story, which introduces us to a team of tough beings whose instinct is stronger than their intellect, roaming on patrol to keep the borders of Anarchticy safe for their masters. They’re led by Gene the Hackman, with the others in the pack given equally whimsical names, although as we move deeper into Kingdom Abnett supplies a viable reason for that, and also takes a neat route when it comes to how everything went to shit. We first hear Gene’s mythological version, which begins “once there was this Two-Feet, Two-Feet-Walk-On-The-Ground, and him he had the call of the wild and him he ran the world”… A more technological retelling occurs later.

Before then Richard Elson has defined Gene and his unforgiving world. In terms of intellect Gene is very similar to the early Hulk, and Elson’s design is a towering creature who looks very, very, violent, but then he has to be because the insectoid dangers Elson draws aren’t going to be fended off with a flyswatter. In action Gene and his fellows are robust killing machines, and Elson’s blocky fight scenes are brutal and bloody, insect parts flying off all over the terrain. As Abnett intended, it’s very reminiscent of early 2000AD.

Gene’s life comes at a cost, and he’s a solo Hackman for the title story, but otherwise the premise remains the same as he wanders a world seemingly bereft of human life. Abnett is now introducing a variety of pithy slogans to accompany Gene as he ravages the insect beasts. “Get whet” is the most common, accompanying Gene’s axe slicing through a creature spilling its lifeblood.

Abnett combines several familiar post-apocalyptic standbys for ‘The Promised Land’, which of course isn’t the idyll it seems to be as the protection of the few requires ethical compromises. It seems to be a subtle comment on the ‘protective’ devices real nations have, but Abnett twists that into something different and interesting, while the simplicity Elson applies to his designs creates memorable threats. The broad direction is predictable, but it’s one that’s worked again and again in post-apocalyptic fiction, so is a crowd pleaser.

Gene returns in Call of the Wild. 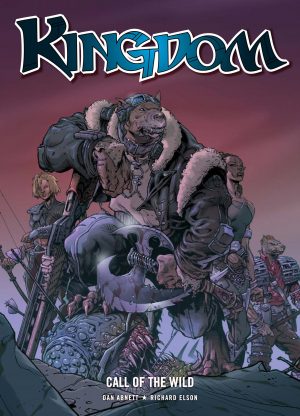 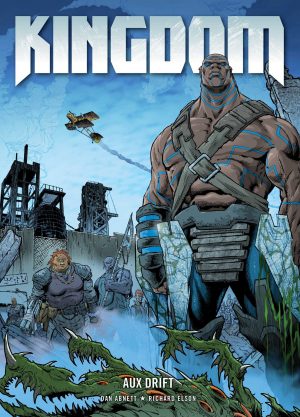 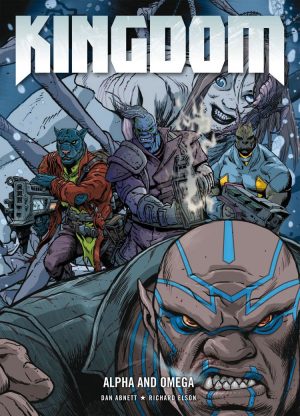