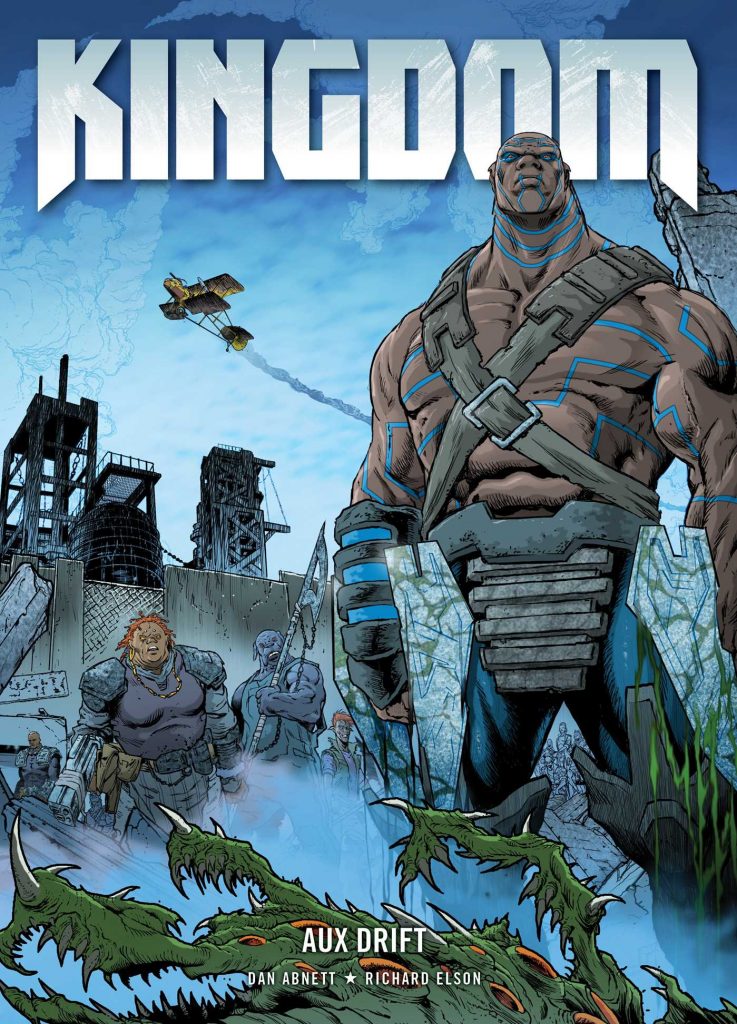 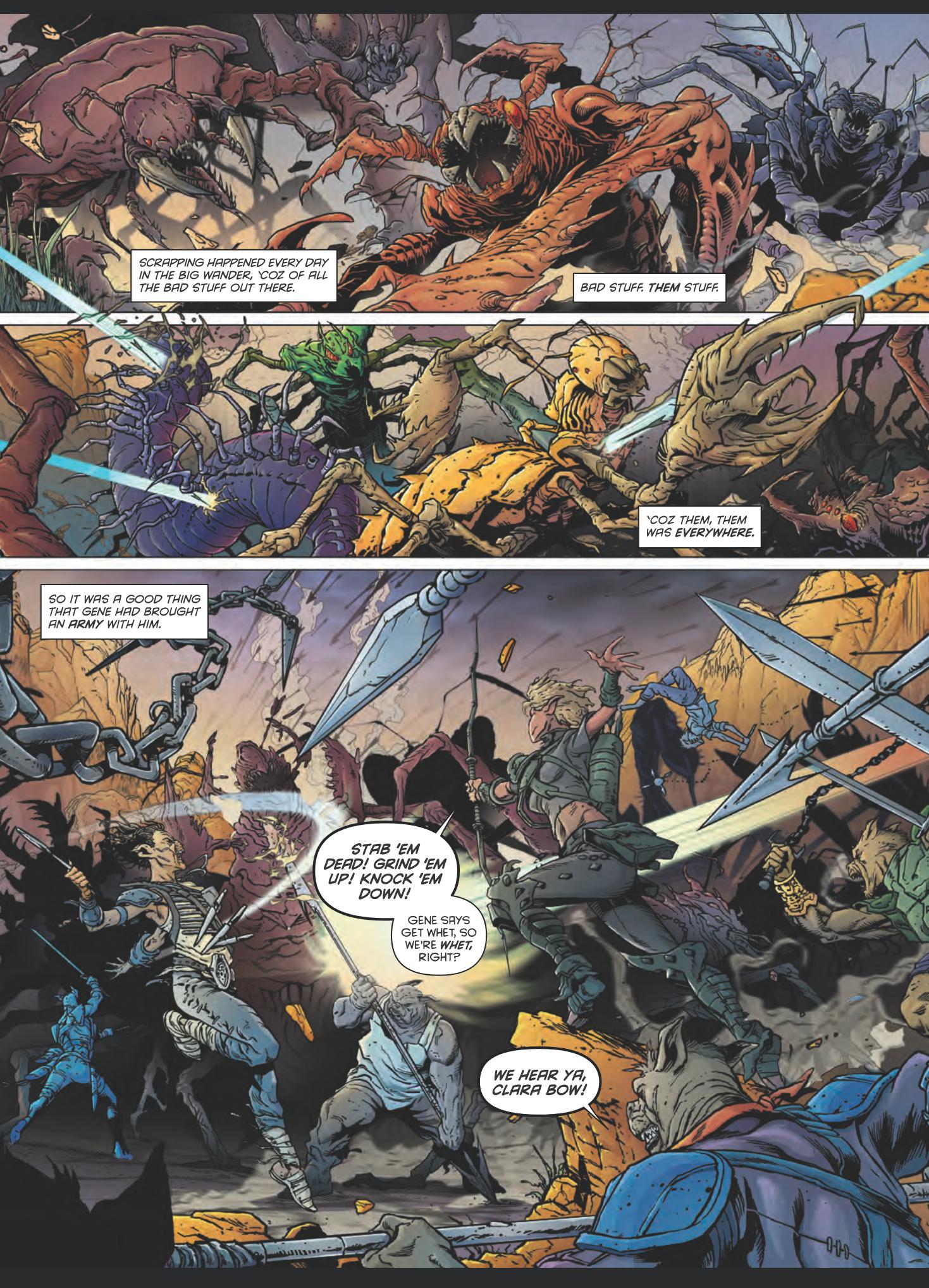 While Aux Drift is the third volume of a continued series, presenting the fifth and sixth stories of Gene the Hackman by Dan Abnett and Richard Elson, such is the way Kingdom is constructed any reader can dive straight in here and pick up the plot.

Gene is a genetically bred creature designed to keep hibernating humans safe when giant insects over-ran Earth. It all went wrong. Most humans died, and now Gene wanders the world, hacking away in search of some peace. As seen on the sample art, Elson really relishes it when the hacking comes around and delivers gloriously violent pages of assorted creatively designed insects meeting an untimely end.

The broader story is that there is a place of safety somewhere in Australia called the Kingdom, and Gene and his pack are broadly heading in that direction. The Drift of the title is a mining outpost that’s a stop along the way. Except, as Abnett puts it, “Trouble had come to it big time. Bad time”. Abnett comes up with a new funny bunch of twisted film star names, but much of the title story doesn’t offer more than excessive hacking punctuated by a few brief interludes, and as such it’s old ground being covered. The big change is insect evolution, with a formidable new creature acting as mastermind.

‘Beast of Eden’ is a step forward. Gene’s found the Kingdom and Elson gets to draw all his Mad Max fantasies at once, and as the situation becomes ever more desperate Elson rises to the occasion, filling the pages with astonishing amounts of insects. Abnett also injects some more plot via the introduction of some humans at the start who have come down from a space station and who talk about saving humanity. They’re forgotten for a long time after that, but one is then revealed to be someone we’ve met in Call of the Wild, and it leads to Gene heading into new territory.

Aux Drift is a book of two halves, with Elson great on both, but Abnett coasting over the first and upping his game for the second. The series concludes with the fourth outing Alpha and Omega. 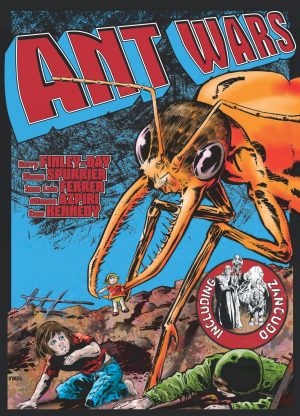 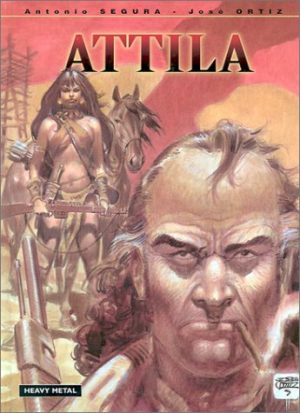