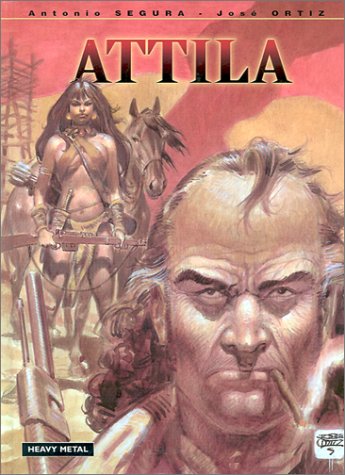 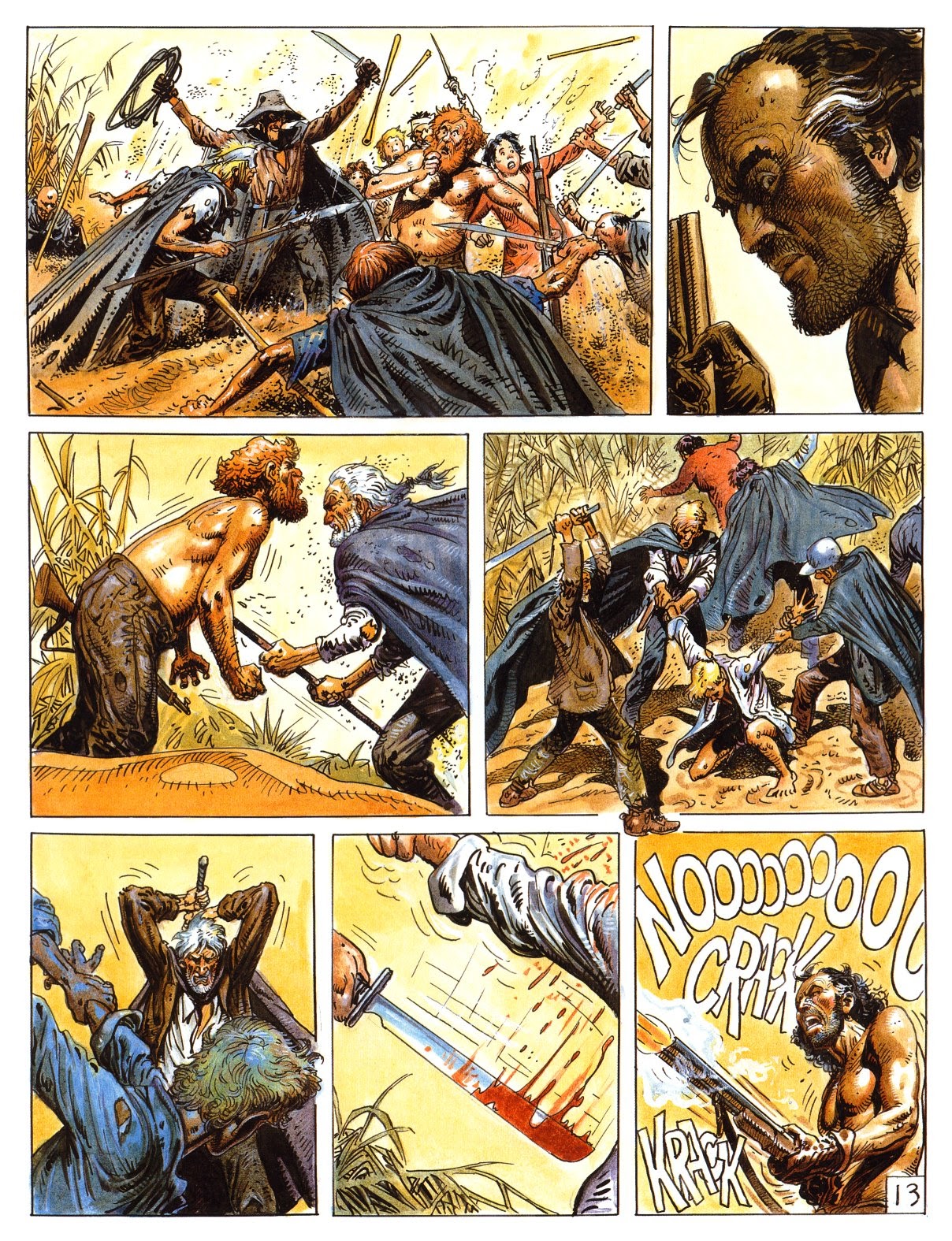 What at first seems to be a fantasy of bygone days, of roaming land pirates and naked horse riding women is instead revealed to be the future by Antonio Segura and José Ortiz. Latigo leads a dozen thugs powerful enough to do whatever they want, which is bad news for Hombre, whose life is as idyllic as it gets in a dangerous future. He has a family and a relatively comfortable home on a long beached ship.

In Europe Attila is actually the fifth in the Hombre series, and it runs another five beyond that. Heavy Metal magazine had already serialised some earlier stories when this saw English publication, but it stands well enough on its own. Segura and Ortiz aim at the mood of the Spaghetti Western, where the wronged loner survives to overcome all odds and deal with the unbeatable thug, but this English language version is ill served by a poor translation, literal rather than intuitive. People explain and quote rather than speak, which supplies a constant annoying distraction to what should be a simple enough tale of revenge.

Throughout his career Ortiz was an artist whose effort was never consistently applied. In some cases this would equate to the page rate, but he produced beautiful work for some British comics of the 1980s while scrubbing by on others. Attila is nearer the upper end of his output, the landscapes well realised and some of the portraits beautiful, with a strong Joe Kubert look to them. Even so, other pages are sketchier, with rougher figures.

Segura’s story lives up to a Western template injected with fantasy clichés. We eventually learn Attila is the naked woman seen on the opening page, and putting aside the obvious exploitation in a world where men seem to have no problem locating a full set of clothes, she’s intriguing at first as more than capable of dealing with Hombre. That doesn’t last as she then begins to act as the male fantasy figure so often found in European adventure material. Events that should have a greater emotional resonance are dealt with in shorthand, and the villain’s whimsical purpose just transmits as a poor joke. Attila has some nicely drawn pages, but it’s middling fantasy.