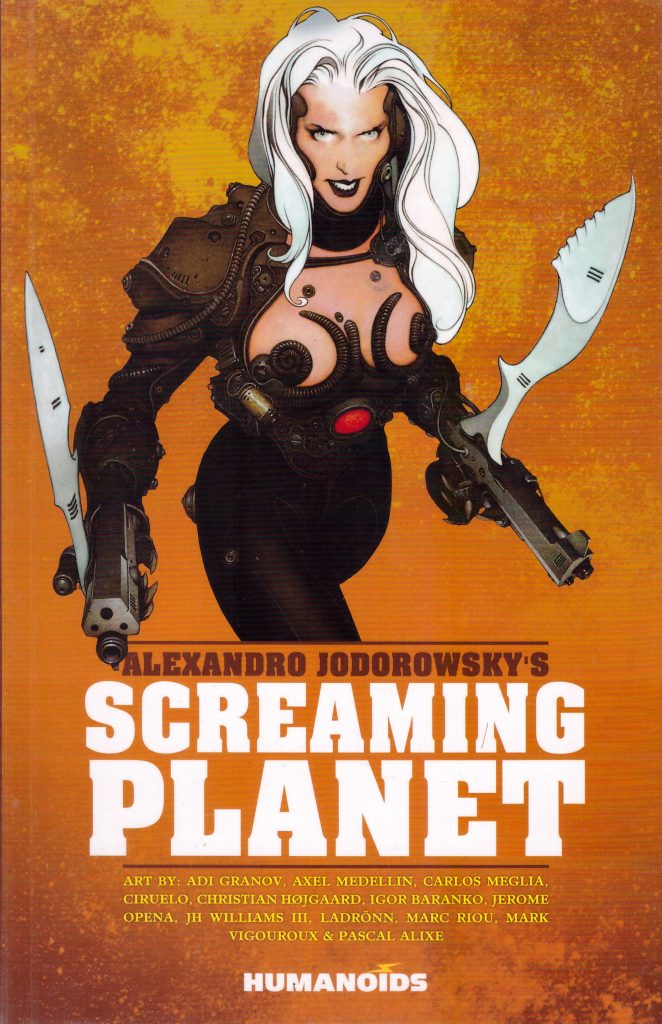 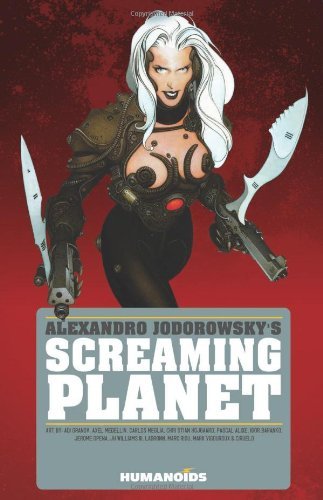 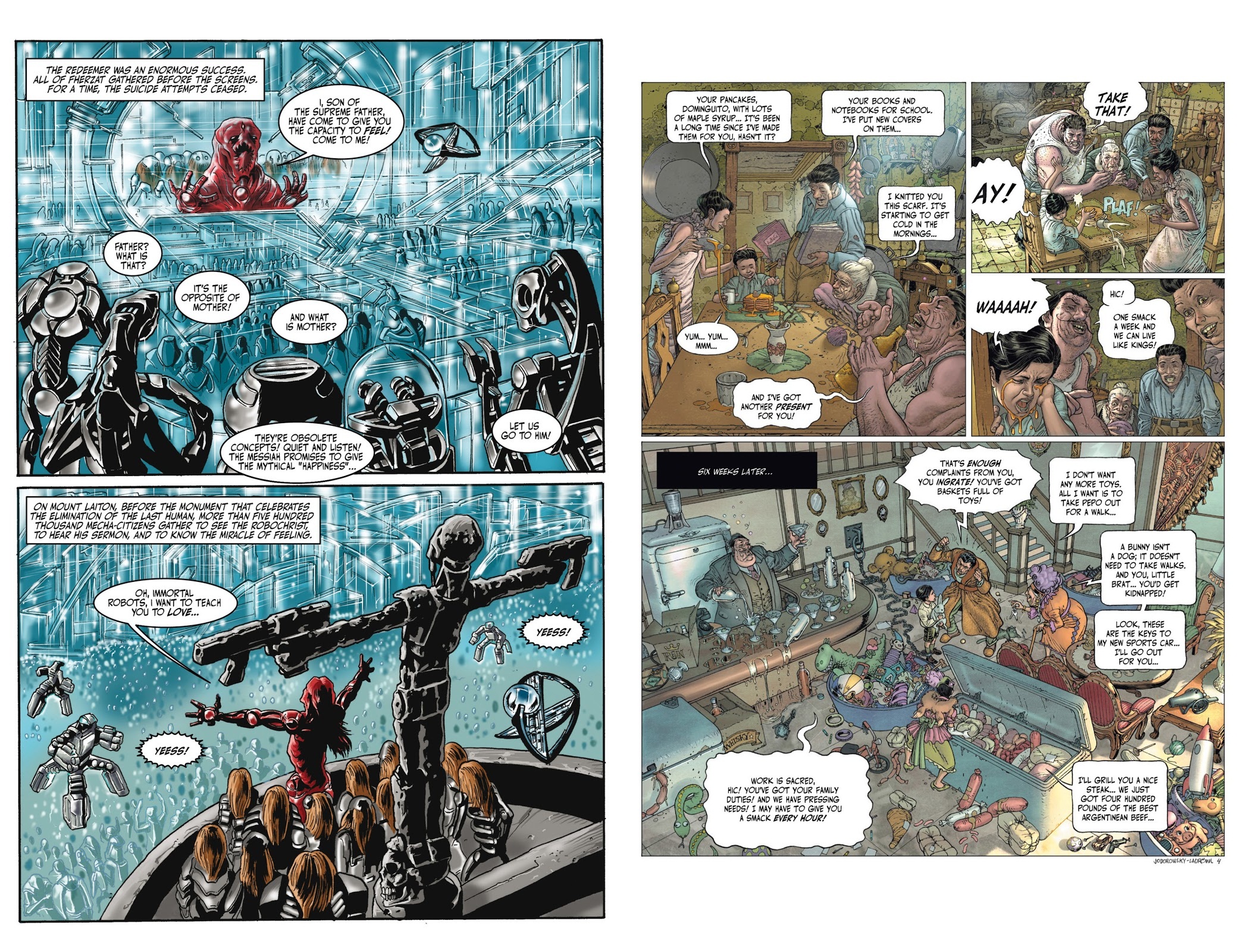 For a 2002 revival of the French anthology comic Metal Hurlant, Alexandro Jodorowsky was tasked with creating short science fiction stories to be drawn by relatively new, but very promising artists. His framing device was the screaming planet, whose origin is drawn by Marc Riou and Mark Vigouroux for the opening story. Thereafter the head shaped planetary consciousness is propelled through space passing other planets on which Jodorowsky’s sets one-off stories of beings altered by the passing of the screaming head. Travis Charest’s cover follows the long standing SF anthology tradition by exploiting an attractively posed woman with no connection to the content inside.

An introduction notes that Jodorowsky attempted to plot his stories to the artists’ strengths, prioritising technology, landscapes or aliens if their human figures were weaker, or people if they weren’t that keen on other items. It’s an interesting assessment of the artists, many of whom have done very well since this work. Taking that approach also ensures a considerable variety on Jodorowsky’s part, ranging from the satire of working life and repressive states produced with Christian Højgaard to the whimsical period vampire piece drawn by J.H. Williams immediately afterward.

Jodorowsky also introduces each story individually, and whether what follows is successful or not, the insights into what prompted the piece are always thought provoking, revealing a constantly questioning mind. He’s very interested in belief systems, and forms of religion feature in several stories, most successfully with a society of robots puzzled by evolving human feelings and creating a religion to suppress a rebellion, Axel Medellin’s art brittle and disturbing (sample art left). Quests are another recurring theme, whether for spirituality, knowledge or a specific outcome,,and everyone will have a favourite story in the selection. It’s the last that resonates most with the modern world, Jodorowsky drawing on memories his father’s life as a merchant to present a fable about a boy whose tears are solid gold. Ladrönn surprises via not drawing a hard SF story as he’s done so well elsewhere, but creating a delicate, human fable about disappointment packed with creepy individual images (sample art right).

It’s difficult to like all the art. Anyone drawn to naturalism has the greater choice, but like one of Jodorowsky’s quests, the attempt to recreate life can result in static, lifeless pages. At its best with Williams or Jerome Opeña the results are very pleasing. The team of Riou and Vigouroux deliver the scale needed for the origin story, there’s some imagination about the art of Igor Barenko and while Carlos Meglia’s mixed media work isn’t entirely successful, it’s ambitious in service of a dark story.

In British terms there might be a temptation to view Screaming Planet in terms of 2000AD’s regular ‘Future Shocks’, but Jodorowsky’s spiritualism and imagination raises it above all but the best of those. Humanoids published both hardcover and paperback editions.