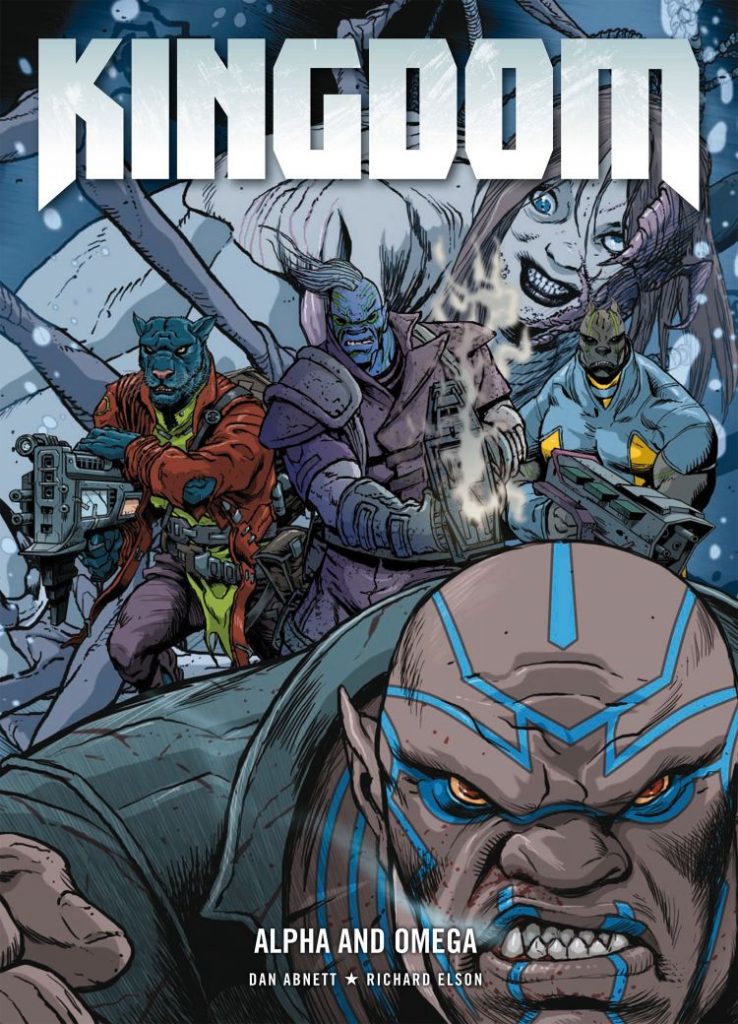 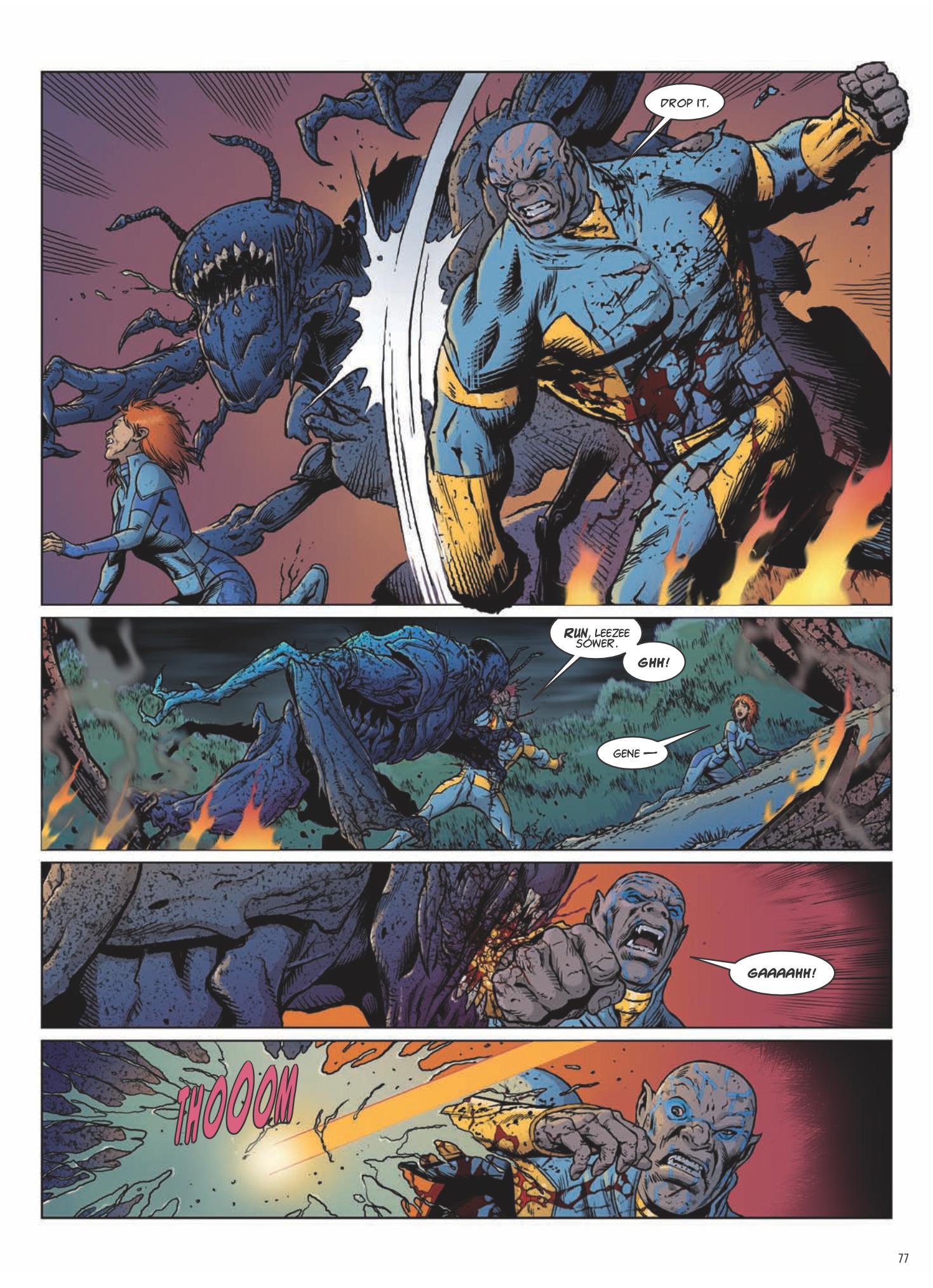 Alpha and Omega contains two further ten chapter visits to the world of Gene the Hackman, an Earth over-run by a variety of giant insects and almost unfit for human habitation. Aux Drift concluded with Gene and his pack flown to the safety of a space station.

In actual terms the Kingdom stories ran on and off for a decade in 2000AD, and given how Lee Sowers now looks, it seems as if Dan Abnett’s progressing the story in real time. It also seems at first that all is well for Gene, but when has that ever been the case? Abnett has actually shifted the ground considerably. Up in their space station the few woken humans are confident they’re on the verge of exterminating the insects on the planet, at which point it can be recolonised by the 200,000 people in stasis. As there will be no place for Gene or his type on the new world, the decision is to eliminate them all. It’s a more cerebral outing, largely confined to the space station where safety concerns limit the available options, and it seems there has been a master plan to Kingdom all along. It involves Gene having to decide where his loyalties lie. “The masters abandoned us to fight alone. They went off to long-sleep. They don’t care about us. We are just fodder”, seems to be the conclusion.

The setting and plot limits Richard Elson’s art to some extent, so there are plenty of illustrations of the noble Gene, but any hacking occurs against other Auxs with no giant insects on view. It’s all very well drawn, but not as visually satisfying as a cry of “get whet” and Gene setting about hundreds of giant insects.

By the time we reach the title story Gene’s back on the ravaged Earth and literally holds the fate of humanity in his hand, a rich irony considering his creation. Assorted small pieces of information dropped in over three previous books come together very satisfyingly, particularly as there have been moments of coasting during the series. From that Abnett starts ‘Alpha and Omega’ with a very delicate balance from which any of three forces could emerge triumphant and with Gene and his new ally as the wild cards with different agendas.

Until now, although there have been surprises, Kingdom has been a broadly predictable series, but Abnett wipes away that complacency for the conclusion, and no reader’s going to have any idea how Gene’s story ends. The final pages are entirely fitting, sentimental in one sense and entirely unsentimental in another. Kingdom built up a very loyal audience in 2000AD, and surely every single one of them will be happy with how things play out. 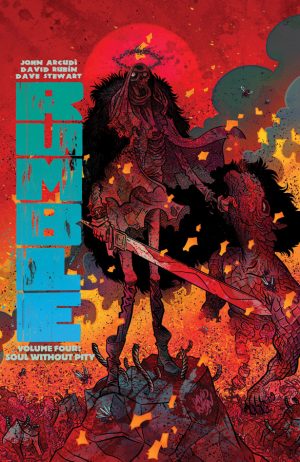