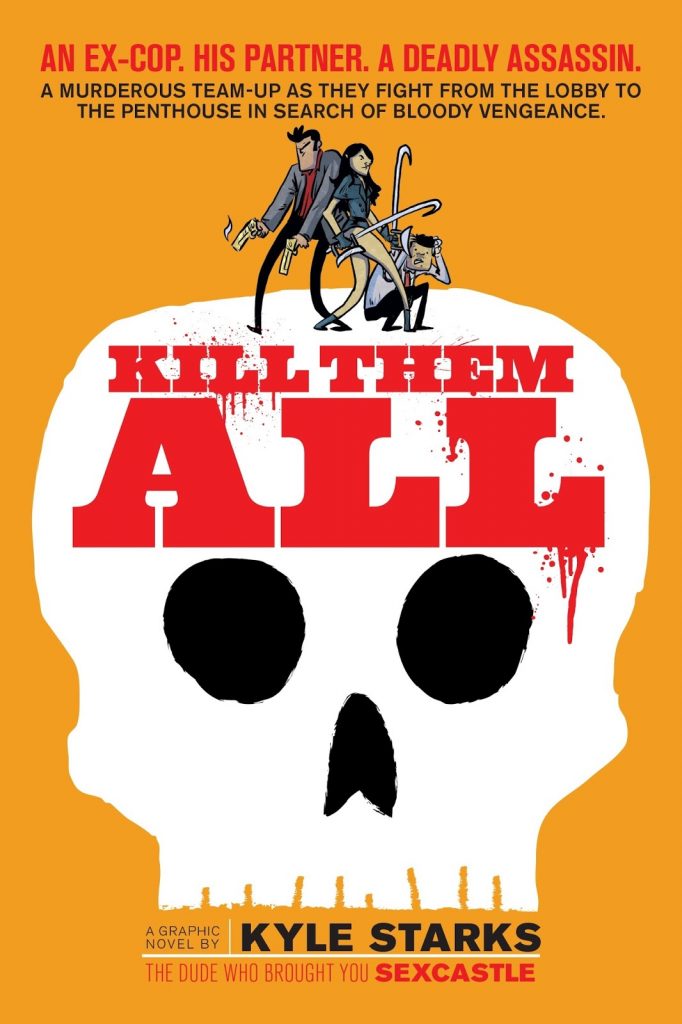 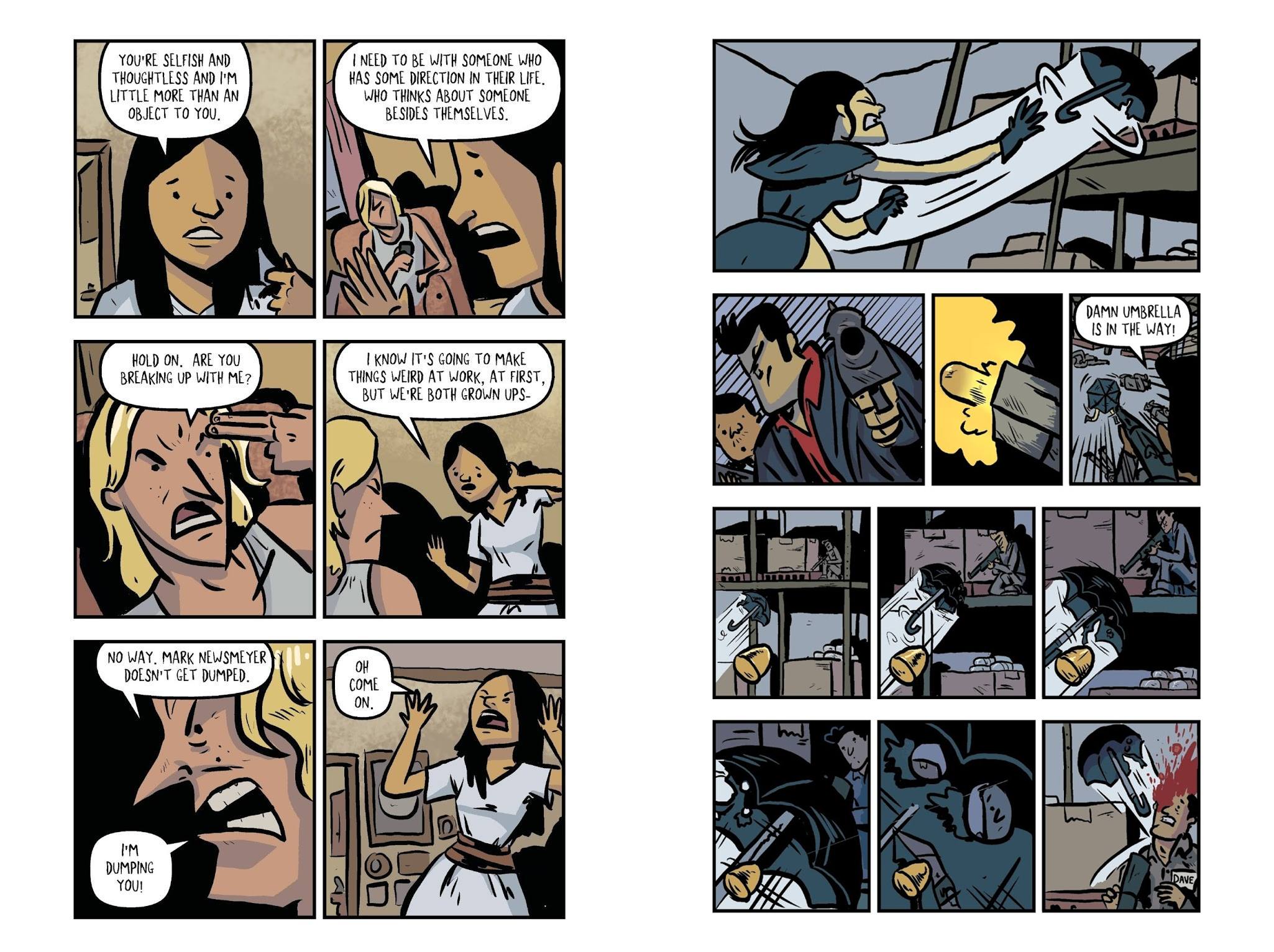 Iruka was once a cop, kicked off the force by corrupt officers in the pay of local gangster Requin. He’s holed up in his own office tower, seemingly invincible, but just in case he’s also hired some eccentric killers to keep him safe. On the day Iruka is finally given the green light to storm Requin’s tower, someone else is already ahead of him, the Tiger’s Daughter, who has been raised and trained for the single mission.

Kill Them All amalgamates the action movie tropes from American, Hong Kong and Mexican studios as Kyle Starks satirises the genre, throwing in every convenience and unlikely moment he can conceive for the full mighty parody. It has kung-fu moments, multiple gun moments, some righteous arse-kicking and barely a page without violence as the mayhem grinds on floor by floor. Starks keeps his cartooning sketchy, nothing deliberately distracting from the manic pace. Excess is all as he throws in superbly conceived staged scenes, none better than Iruka using his two golden guns for a trick shot, all leading to a magnificent confrontation. You may fear Starks has played out his hand and will have nothing left for the climax, but he keeps going until the cheesy joke and rapid cut-off, having foreshadowed nicely and more or less told us what’s going to happen next.

This isn’t the thinking man’s graphic novel and sure as shit was never going be nominated for awards, but it’s a hell of lot of fun and Starks has a fine ear for ridiculous tough guy posturing.