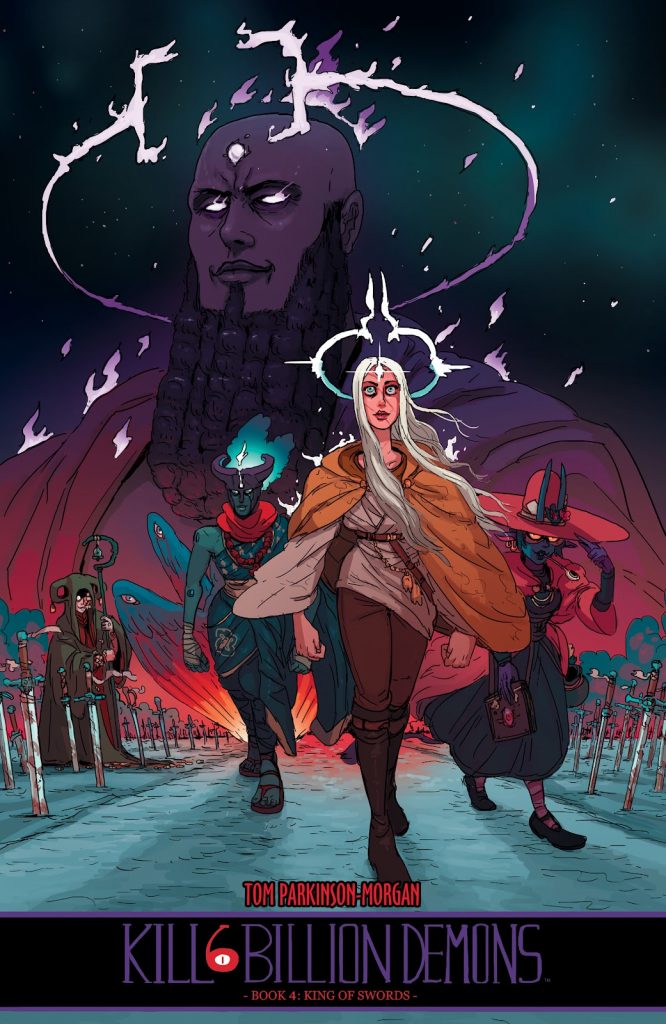 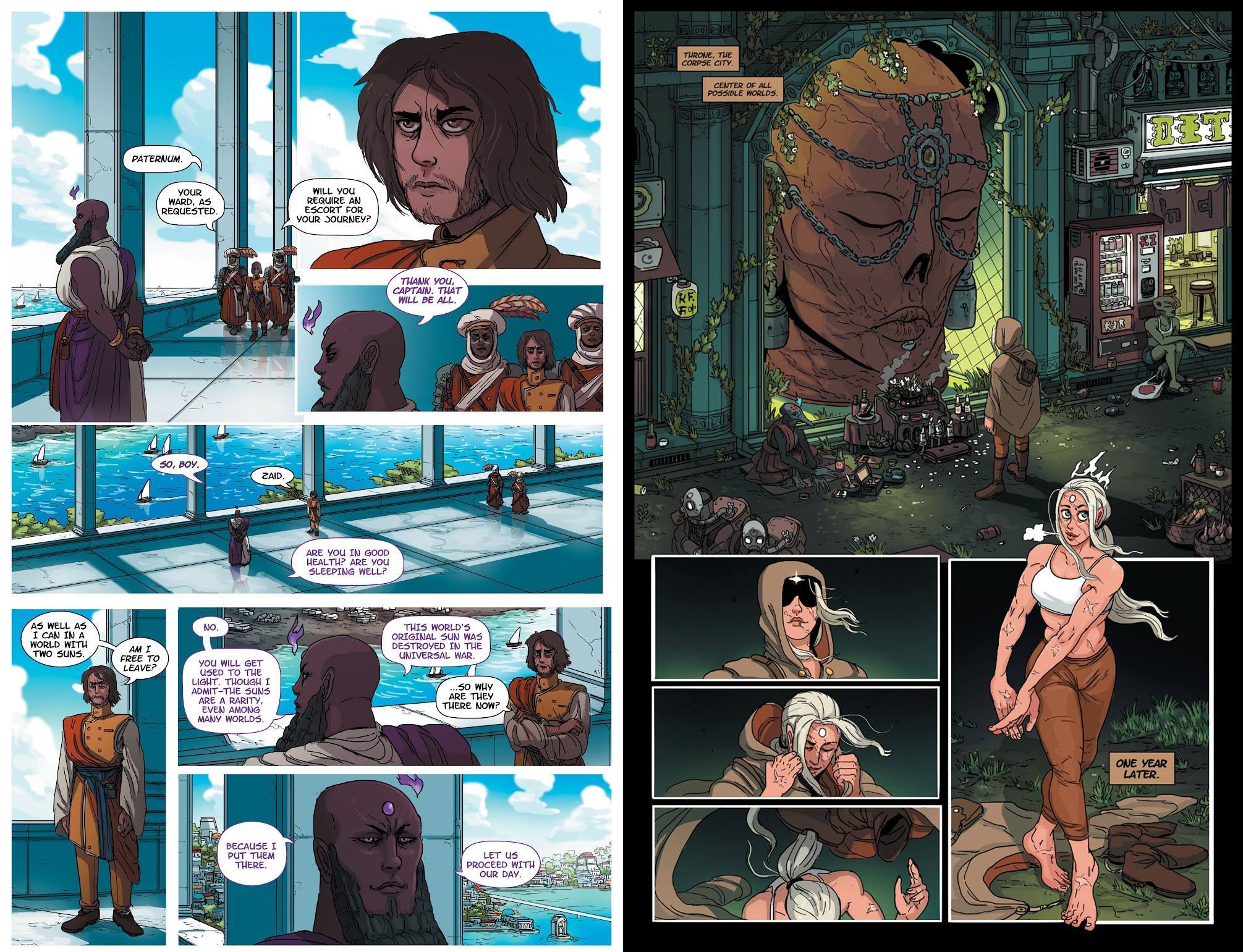 Unlike previous volumes it’s actually possible to begin reading Kill 6 Billion Demons with King of Swords and pick up the needed information as you go along, which displays how far Tom Parkinson-Morgan has come along creatively. He has a plot in play that threatens a multiverse controlled and manipulated by some complex and powerful entities who have complex aims and complex names. 23 Liminal Blossom Punctures the Heart of the Unrepentant, Deliciously, for instance, who’s actually not a God, but an assassin as introduced in Seeker of Thrones. On the other hand even readers who’ve been around since the beginning only know so much.

The left sample art gives an indication of the levels of power in play, and reintroduces Zaid, whose abduction set things in motion. Still searching for him is his girlfriend Allison, seen on the right sample art. Both show Parkinson-Morgan’s immense artistic skill, an imaginative flair and amazing willingness to supply world-building detail now allied to structured visual storytelling. That imagination can’t be understated. Page after page presents illustrations to lose yourself in, with an amazing sense of movement and speed when it comes to action and a Kirbyesque level of conceptual density encompassing people and locations. Early on there’s a cutaway illustration of Allison’s home, which is converted from the skull of a dead God.

Until now any plot has had to be taken as faith, as Kill 6 Billion Demons sprawls all over the place, but there’s gradually a sense that Parkinson-Morgan has his vast cosmos under control, although following it still requires considerable attention. This is allied with a lack of awareness about how much of what’s revealed ties into the bigger picture, whether a reminiscence is merely a nice story, a situation further complicated by the inclusion of text interludes. Best just to enjoy the journey, as there is so much to enjoy from twisted zen principles to even more wacky characters to a plot that develops into a battle royale, even called as such.

It was noted last time that Parkinson-Morgan was not a man for concessions. That’s changed. This is the most linear volume to date, almost a standalone experience. The storytelling has sharpened, yet the pace and energy survives. On every level this is an exciting read, visually stunning and a joyous representation of what comics can be.

Anyone wanting the thrill of the continuation in smaller doses rather than waiting for the next paperback is directed to killsixbilliondemons.com, not kill6billiondemons.com as suggested in the book.