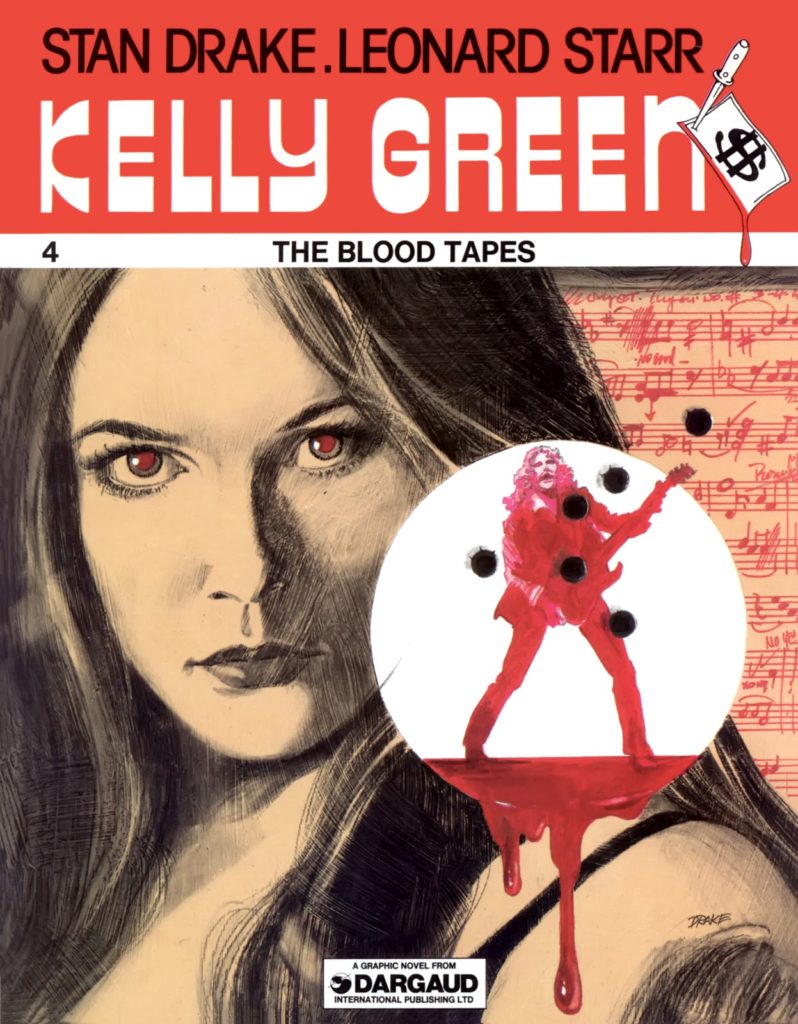 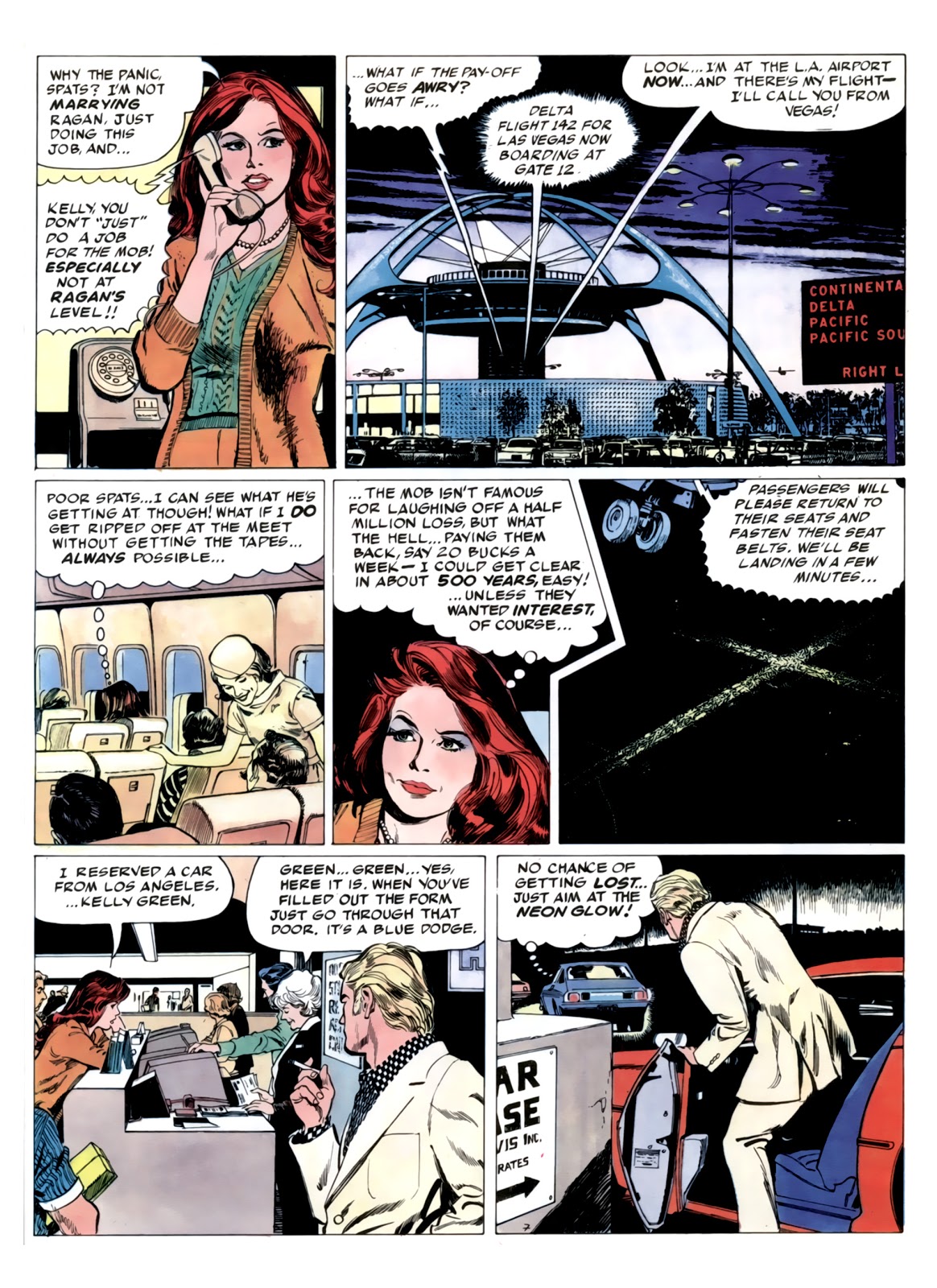 Since the murder of her policeman husband Kelly Green has earned a living as a go-between, an independent, unconnected trustworthy person able to deliver money for ransom or blackmail. Charging 15% of the total per job, it supports a decent standard of living, and The Blood Tapes begins with the murder of a rock star, the disappearance of the master tapes for the album they’d just finished recording, and a ransom demand.

On the original release Stan Drake’s depiction of the band and soon to be dead singer gave away an older, out of touch artist. With their long hair, beards and hippie clothes they look more like the Doobie Brothers or Little Feat rather than the type of band who were popular in 1984, even given they were supposed to have had a career. Otherwise it’s Drake’s usual polished work, Kelly looking glamorous and desirable, yet many others just as sharp, the comedy relief not pushed too far and the Las Vegas backgrounds credible. Due to the care taken, as is the case for other Kelly Green graphic novels, The Blood Tapes now looks a well designed period piece. The attitudes are also of their time, Kelly designed as a woman all men fawn over, as Playboy era objectification, an inevitable consequence of realistically portraying Las Vegas.

As in the previous books, Leonard Starr’s plot veers into some strange places, a gangster’s strangely validated home for one, and the premises of a spiritualist as well. He’s not so adept when it comes to setting up the core conflict, which is Kelly’s feelings about gangster Tom Ragan. She’s alternately swooning or raging, and another person helpfully notes that the aura about him is similar to that of Kelly’s dead husband. In previous books Kelly’s had brief flings, but this time Starr’s mixing his crime drama with romance tropes, and it now comes across as somewhat sleazy, what with Kelly being so idealised in the first place. By the final pages it’s become irredeemably melodramatic, and any credibility has sailed.

This is the weakest of the four English language Kelly Green books, professional without engaging, and it marks the end of Dargaud’s venture into original English language graphic novels. Kelly made one further appearance three years later in French, seemingly visiting the San Diego comic convention. In 2016 Kelly Green: The Complete Collection combined a translation of that with the other four Kelly Green graphic novels, but in black and white.