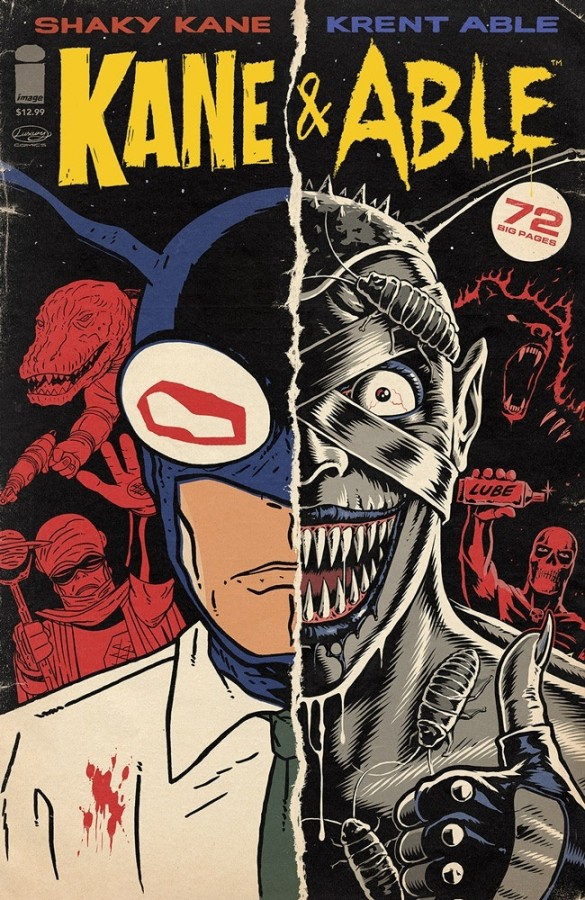 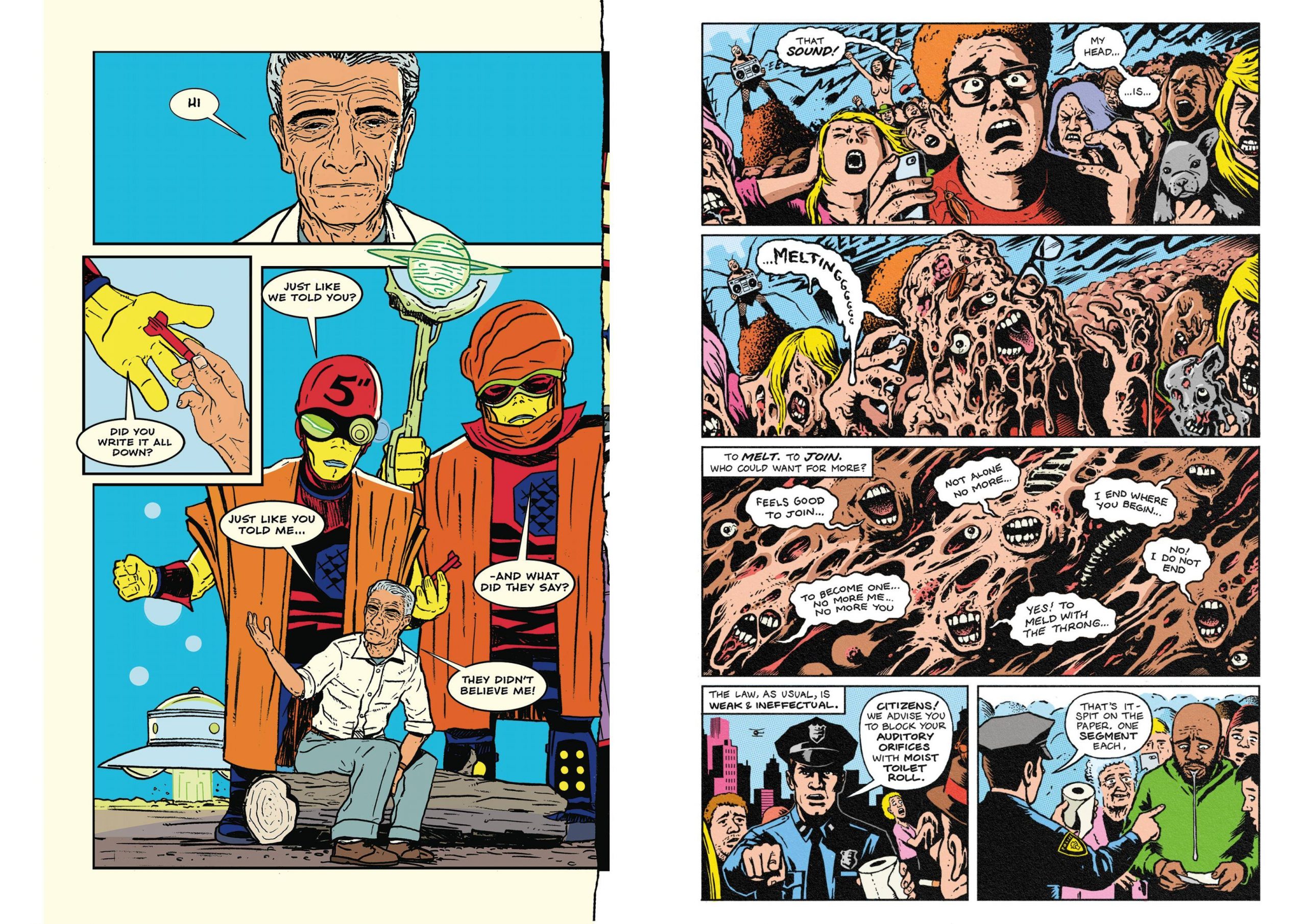 A witty title unites the work of two British comic creators who seemingly have little in common beyond their sensibilities and approach being unique. Shaky Kane provides brightly coloured Kirbyeseque imagery to accompany gnomic scripts where a lot is going on, but there’s no definitive outcome. In one way it’s very art school, yet an improvement on that as his work always hints at something more, here almost in the manner of H. P. Lovecraft. Krent Able supplies artistic precision to scabrous satires often just stopping short of universal offence. What a beguiling combination!

Look a little deeper, and both tinker with the very fabric of comics, distorting the familiar and comforting to present ‘alternative’ versions, warping all that’s good and noble about the artform to their own perverse ends. Have these ‘men’ no shame? Is it ‘big’? Is it clever?* Why would a hero use a chainsaw? Whose basement connects to another dimension? Why does Mr. Kane draw himself looking bored at a convention when he should be revelling in the adoration of those who revere the comics ‘medium’? This sort of twisted iconography messes with young minds. It’s the thin end of the wedge. Kane and Able haven’t even had the common sense to apply the self-censorship of the Regal Test. If you wouldn’t confidently present something to Her Resplendent Majesty Queen Elizabeth the Second on the occasion of her birthday, then it’s worthless trash not fit to line the cage of the Noisy Scrub Bird given to her last Christmas by her Royal Commissioner for Australia.

Kane and Abel? Either mysterious or hilarious all the way through. Hell, yeah, that’s a recommendation.