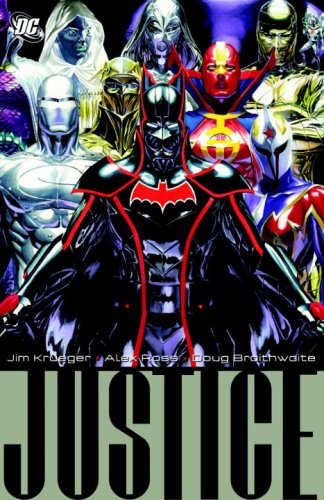 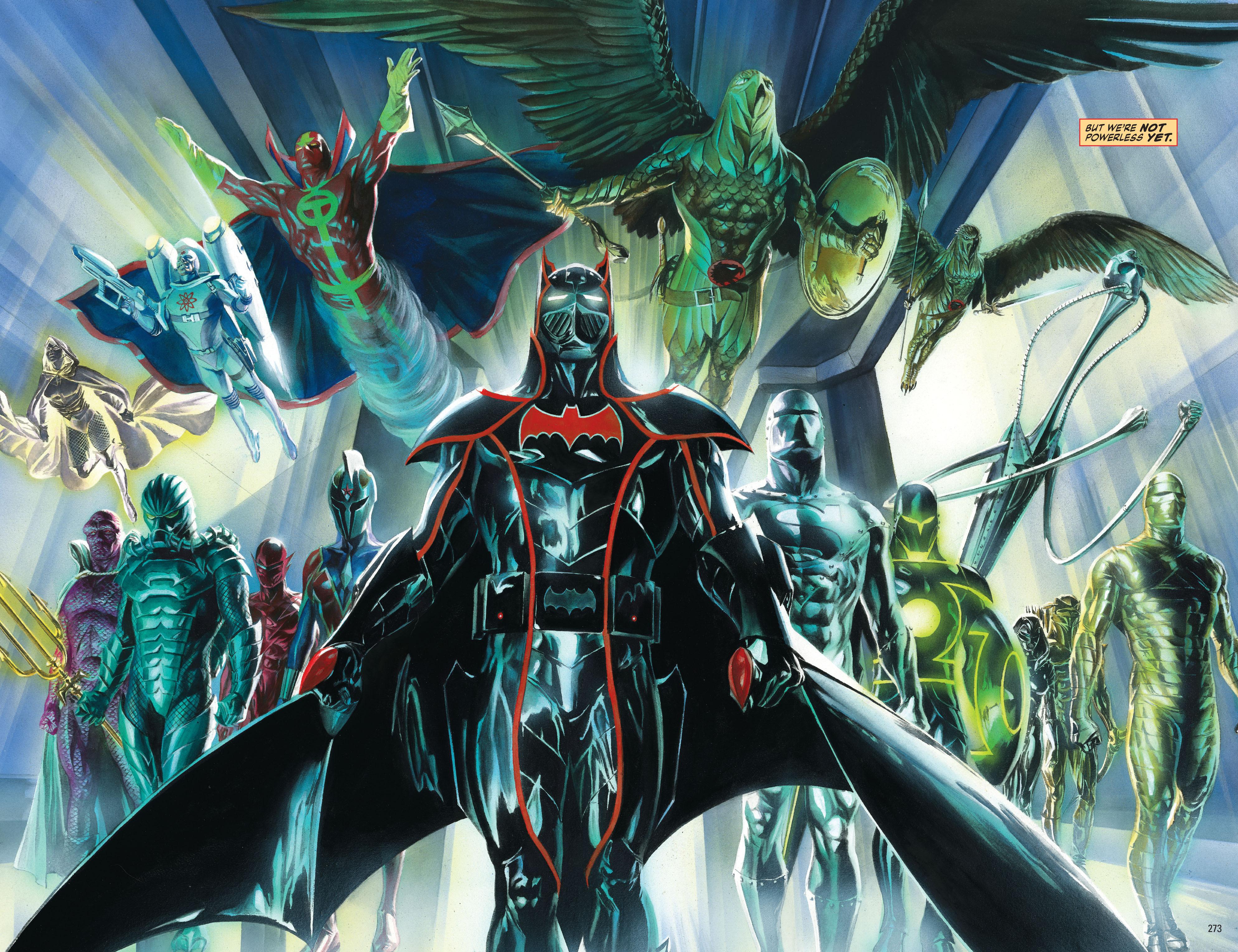 Over the previous two volumes the Justice League have been subverted by their enemies strangely working to make the world a better place, and discredited in the process. Once undermined, the JLA members were targeted, but in the way of the Justice League, they overcame traps designed to keep them out of action, and are now on the offensive, aware which of their enemies is behind the entire plot. We also learn what that plot is, and why it’s been set in motion.

Alex Ross the co-plotter has turned over the pencilling to Doug Braithwaite, who’s responded with some phenomenal layouts that Ross painted to produce the finished art. The tenth chapter overall, the second here, is when everything breaks loose as the Justice League, protected against intrusive microscopic infiltration, are set against the villains and their already corrupted friends. Braithwaite and Ross present the superhero slugfest to end all superhero slugfests, and throughout this graphic novel there are spreads you’ll want to look at again and again. Bask in their elegance, and spot new details every time.

It’s been a long slog getting to the final chapters. There’s an argument to be made that any story is worth prolonging well beyond its natural life if it means extra pages of this superb art, and for any Ross fan that’s a very strong argument. Countering that is Ross and Jim Krueger’s inability to hone in on the essence of the story they’re telling. Their method is long and languid, like the early Victorian novel, padded with unnecessary scenes as if designed to be read to the family around the fireplace during winter nights when other entertainment was lacking. The result is that their clever moments are forever buried in yet another scene with little overall purpose. Luthor’s justification for being involved in the overall scheme is interesting, and the philosophical arguments around it are given an airing for a page, but that’s an exception.

Without ruining the surprise, the explanation for everything is a damp squib. Even if the reasoning is accepted, there are so many simpler ways to achieve the same end. Likewise, Zatanna’s involvement at the conclusion is pivotal, and that’s a door opened that can’t be closed again. If someone can affect matters on such a scale so rapidly when needed at the end, then why wasn’t she reciting a few backwards spells earlier in the proceedings? And even given Hal Jordan was kept out of the way until this book, he’s another that just turns the tide with a click of the fingers, but could have done it sooner.

Over the previous two volumes there’s always been the thought that random moments apparently serving no purpose might be explained in the end. That is the custom. However, the Joker seems to have been used for a page or two at a time simply to meet expectation. There was no role for him. The decision regarding purchase eventually comes down to that art. Is it good enough to warrant buying when accompanying a plot with so many holes?