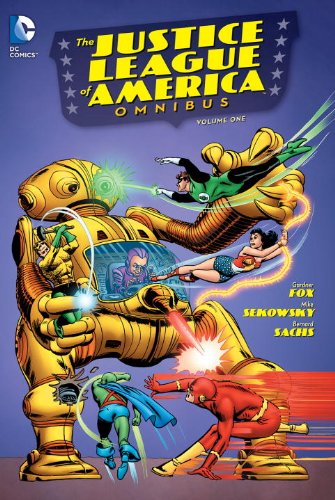 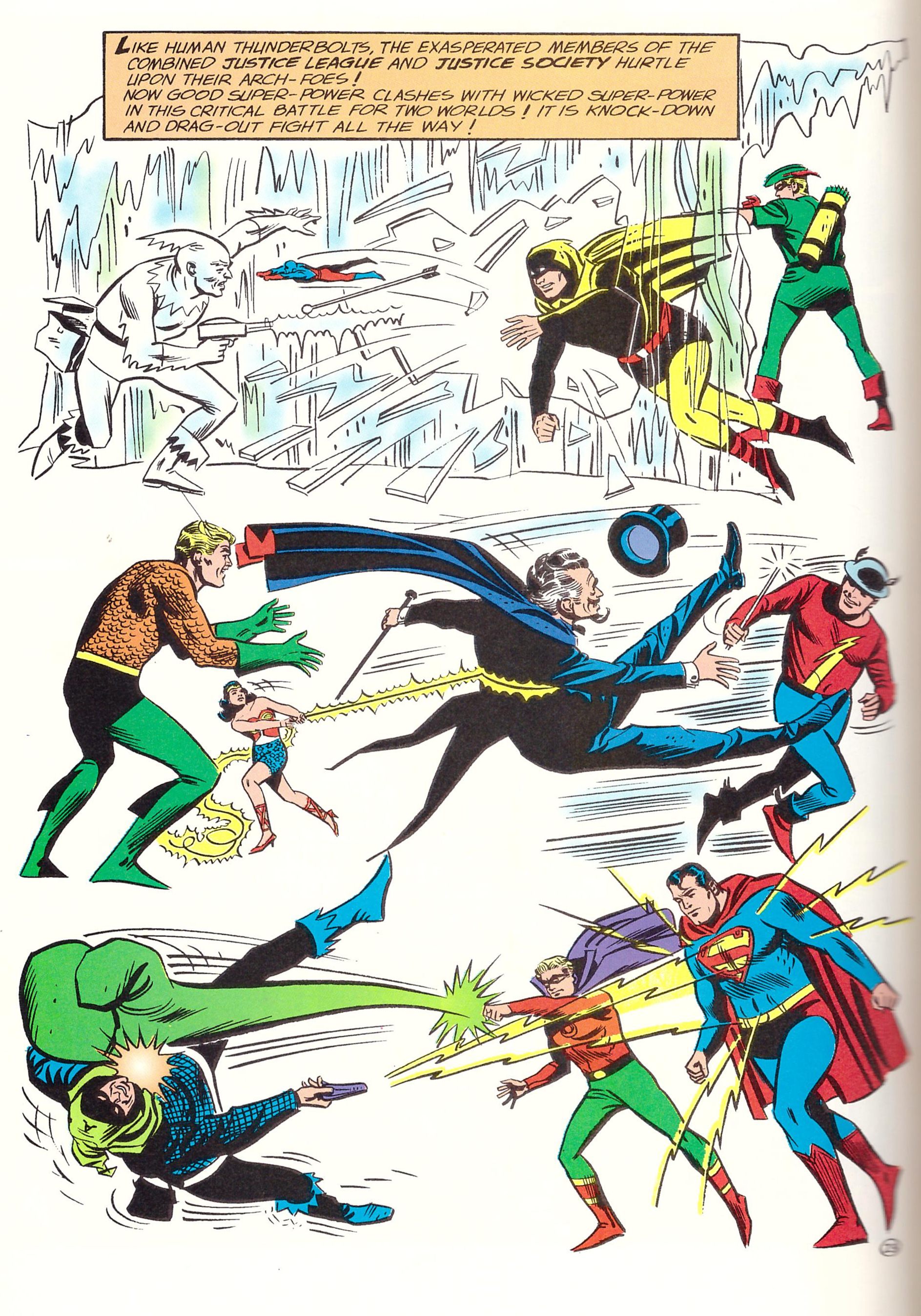 Having successfully revived and modernised Flash and Green Lantern in the late 1950s, DC united them with Aquaman, Batman, Martian Manhunter, Superman and Wonder Woman as the Justice League of America, later adding Green Arrow and the Atom to the roster. This massive oversize collection compiles their first five years of adventures from 1960 to 1964. Incredibly by today’s standards, the entire 33 issue output is by the same creative team of writer Gardner Fox and artist Mike Sekowsky.

Early 1960s DC comics hinged on science-fiction based plot trickery, and Fox blows hot and cold using the same formula he applied to the JLA’s 1940s counterparts The Justice Society of America (who turn up toward the end). Throughout the book the Justice League are only guaranteed to be together at the end of every episode, although often at the start, enabling them to split into pairs who combat aspects of any particular issue’s foe. Reading this book in one sitting is likely not to induce a nostalgic glow, but a disbelief Fox could sustain the pattern for so long. Very occasionally an astute piece of plotting can induce a nod of admiration, and Fox very rarely repeats himself. No villain appears more than twice, and even a single recurrence is rare. Also notable is how he continually overcomes Aquaman’s need to be in water.

The stilted and formal dialogue in Fox’s material is interchangeable, serving only to prod the plot forward or to explain what Sekowsky’s pictures already display. “Yes, already it is in the gay nineties and devolving more rapidly every second!” explains Superman, although it could have been Wonder Woman or Flash talking over a picture of trams, shop awnings and a man with a bow tie, bowler hat and moustache.

Fans at the time considered Sekowsky’s art a mixed blessing, but time has been relatively kind. Yes, it’s eccentric and the figurework is shaky. Weighed against that, the alien designs are appealingly wacky, the storytelling could be used for text books, and no other artist before or since (with the possible exception of George Pérez) would regularly draw seven characters as full figures in panels occupying a quarter, and sometimes as little as a sixth of a page. Sekowsky does so again and again, and when he’s really enthused by a story, such as the teaming of the Justice League with the Justice Society, the layouts are distinctive and memorable.

It’s noticeable that Batman and Superman don’t feature much until a third of the way through, the thinking at the time being that their appearances in a team title would draw sales away from their own comics. Other oddities include the irritating teenager Snapper Carr as the everyman audience identification figure, a continually patronising attitude to Wonder Woman and the constant shovelling in of educational facts. The earliest issues weren’t too far removed from senate enquiries into the unwholesome nature of comics, and this was presumably a response.

Seen from the 21st century it’s formulaic and primitive, yet without the success of the Justice League Stan Lee would never have been told to create a team comic, and Marvel Comics may never have existed had he not come up with the Fantastic Four.

Both format and price indicate the collection as a last-ditch effort by DC to sell these comics again to those who bought them in childhood as it’s unlikely any 21st century ten year old would be captivated. They’re also available as Justice League Archives 1-3 and in black and white as Showcase Presents The Justice League of America 1-2. The next stories are found in Silver Age Omnibus Vol. 2