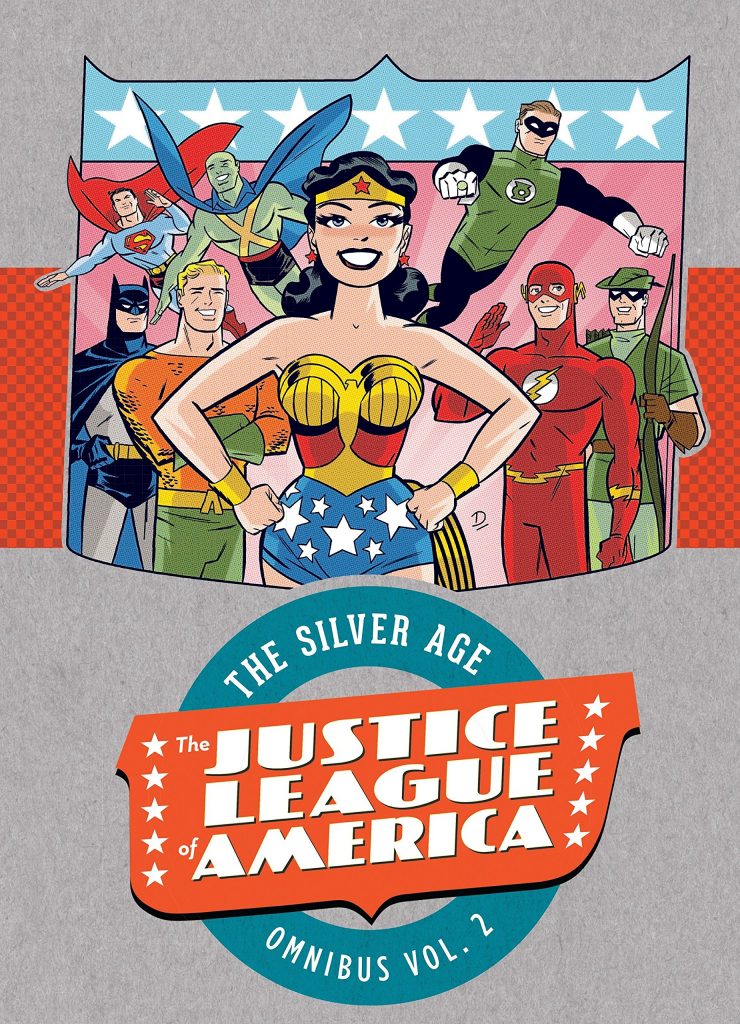 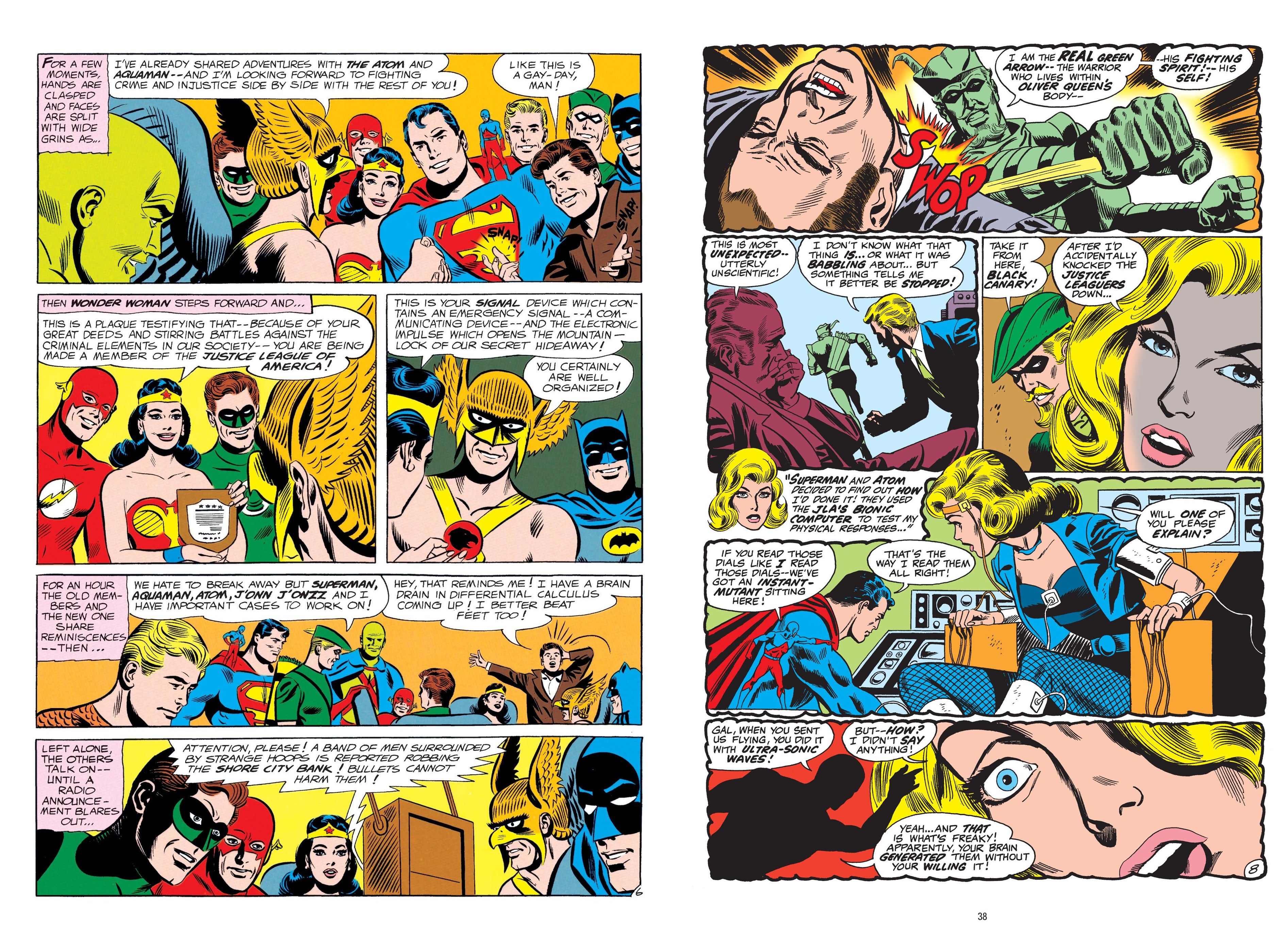 This second Omnibus of 1960s Justice League of America stories is a jolting evolution of superhero style at DC over the decade.

It begins much as volume one had left off. Hawkman is inducted into the Justice League, but as is the case for the existing members, he’s just another voice Gardner Fox uses to move the plot forward, not a distinct personality. On form, Fox’s gimmick-centred plots are inventive, and the introduction of Hawkman is one of his better efforts, but all too often over the first dozen stories he’s lacking inspiration, and that trickles down to artist Mike Sekowsky. His stylised art polarised readers in the 1960s, and for some continues to be an acquired taste, despite an an astounding capacity for packing the entire Justice League into small panels and an obvious talent for composition when he can be bothered. A lot of the time he can’t, and the JLA play out their adventures over vague, sketchy backgrounds or swathes of colour.

Those first dozen stories run up to 1966, at which point Batman burst onto America’s TV screens, and its pastiche success ensured camp comedy eventually worked into all DC superhero titles. Fox was very ill at ease with the tone. It’s like watching your grandfather cope with the latest Fast & Furious. However, in thrashing around, Fox created one gloriously surreal and mind-expanding teaming of the Justice League and the Justice Society featuring the Anti-Matter Man and the Spectre stretched between two Earths, pushing them apart.

A sea-change occurs when Denny O’Neil takes over as writer for the final material reprinted. By 1968 Fox had run out of ideas and wasn’t attuned to the times, but all these years later O’Neil’s work reads equally poorly. O’Neil introduced more modern science fiction and social relevance, although Fox had written well-meaning, but now awkward stories about disabled kids, racial tolerance and global peace. Where O’Neil scores is in providing distinct personalities for the cast, introducing Black Canary to the team to double the female membership, and havng attitudes to the Justice League reflect the conflicted times of the late 1960s. Where his work falls down is with the overstated melodrama, and ridiculous villains with little logic behind them. There’s a reason the likes of the Mind-Grabber Kid are obscurities only seen every twenty years: “Hey folks, look! I’m a costumed crime-fighter! A caped crook-crusher! An honest to goodness superhero!”

By O’Neil’s arrival Dick Dillin was the artist, also under-rated, a solid storyteller, but a definitive break with the old sedate style of art means page after page of jagged panels and extreme close-ups, as jolting as the modified approach to scripts.

Very little of this content reads well today. The ideas are buried and frittered, and it’s surely only people who read the stories as children who’ll remember them fondly. Both format and price indicate the collection as punted hopefully at readers now approaching retirement. The first stories can be found in Justice League: The Silver Age vol. 2, and the entire content is also available as Justice League Archives 5-8 and in black and white spread over Showcase Presents The Justice League of America 2-4. The succeeding JLA issues are gathered in volume one of The Bronze Age Omnibus.