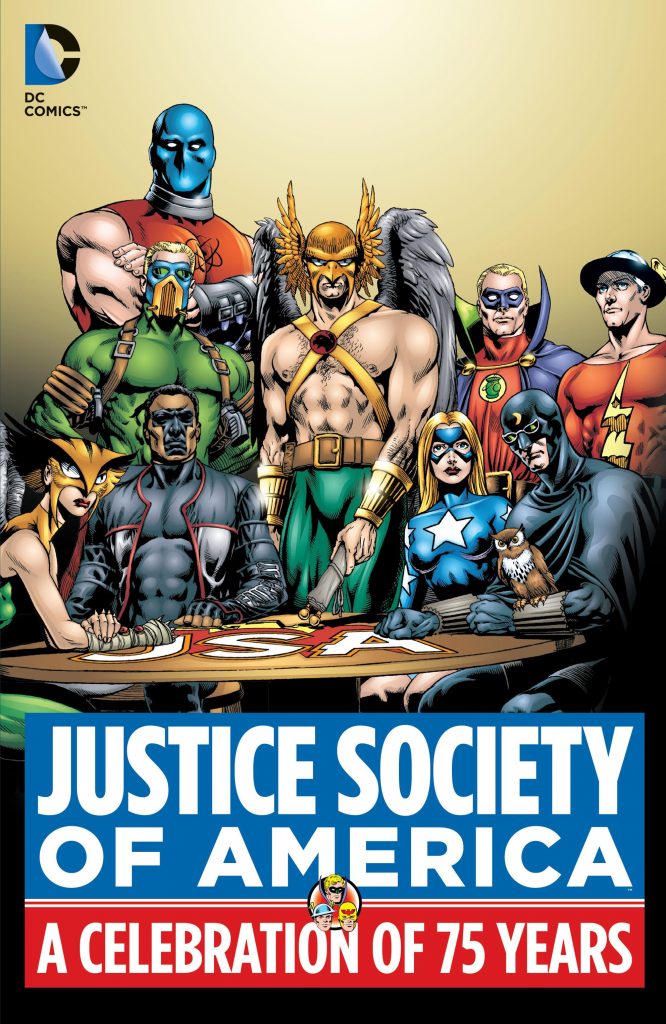 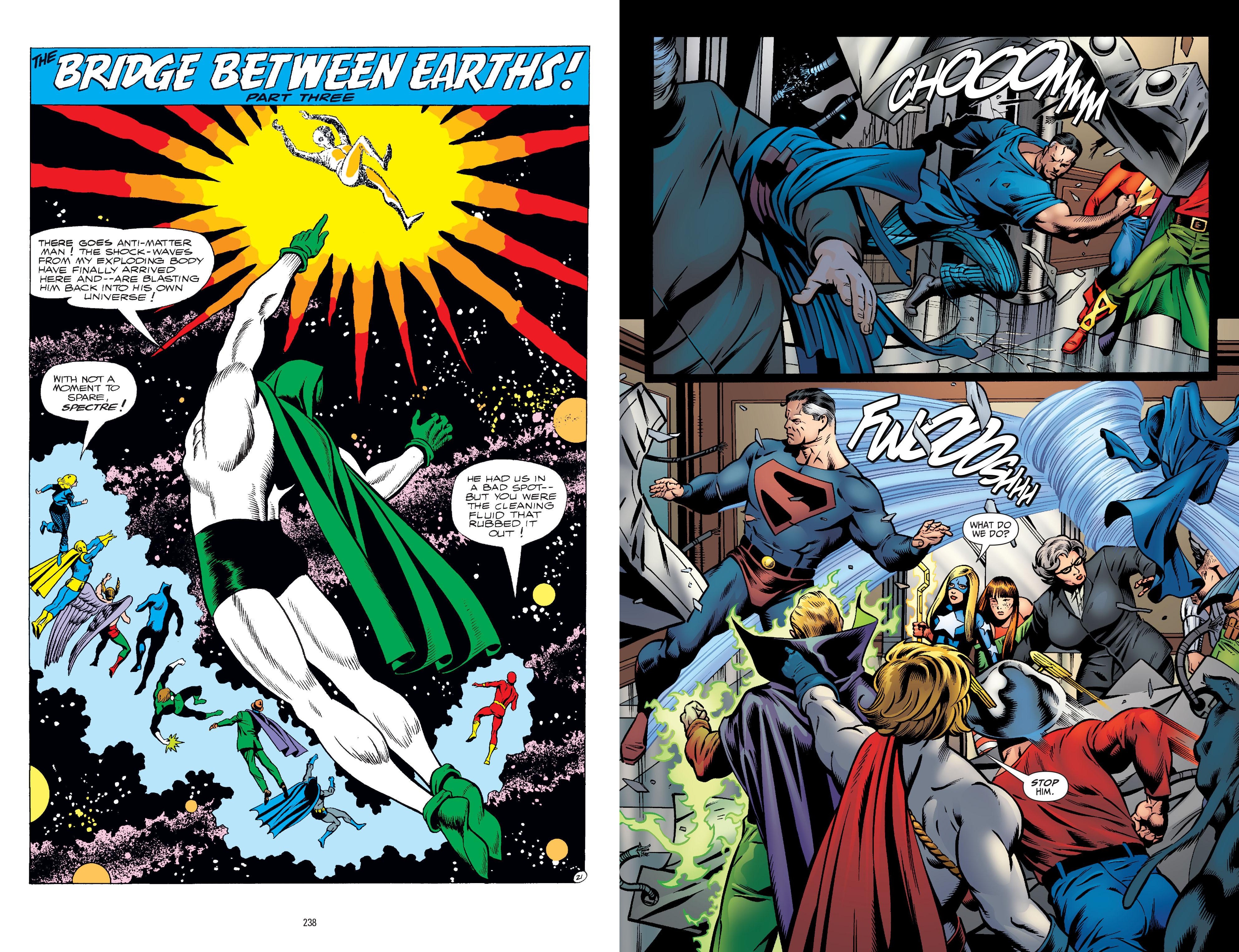 There’s no little irony to DC issuing this lovingly comprehensive accumulation of Justice Society stories in 2015 during a period when comics’ oldest super team was considered surplus to requirement in contemporary continuity. Still, during much of the 75 years celebrated they were similarly sidelined, sustaining their own title only sporadically, so a hefty chunk of this book is the Justice Society’s teaming with their 1960s counterparts, the longer-lived Justice League of America.

In some ways the 1960s stories have dated even more than the 1940s material that opens the collection. In common with the 1940s tales, the heroes team in smaller groups, and the writing of Gardner Fox has a stiff formality, although if you’re in the right frame of mind there is a considerable appeal to Mike Sekowsky’s well constructed, but goofy art (sample art left). He can also fit a ridiculous amount of people into a panel. We have the entire first meeting of the Justice Society and the Justice League, but it’s an odd choice to include a pair of concluding chapters thereafter rather than settling on a single two-part story. The less said about the 1970 teaming the better, but those 1940s stories have an insane energy, with constantly changing artists, some crude, some more accomplished than expected, and unconfined illogical plots. The best is Robert Kanigher’s introduction of the Injustice Society, with cities under siege, nutty escapes, mock trials, and an ending befitting the remainder.

Once into the 1980s the irony glasses can be removed. The disbanding of the JSA by Paul Levitz and Joe Staton (ahead of his time with lovely cartooning) is well handled, and Roy Thomas relishes the chance to work with the heroes he worshipped as a child, adding others and reconfiguring them as the All-Star Squadron. Arvell Jones illustrating their first case includes some novel page designs introducing the cast, working the panels around a larger illustration.

The 1990s sees Mike Parobeck running with Staton’s style, but on an ordinary story, and that seems to be the case for the following tale by David Goyer and James Robinson, but it keeps improving, taking in some great plot and character touches, and accentuating the value of the less obvious team members. It’s the 21st century, however, that has the best material overall. Geoff Johns and Stephen Sadowski reconcile the various incarnations of Hawkman, cleverly doing so in a manner that engages even if you’ve never previously been aware of the character. Johns then collaborates with Alex Ross and Dale Eaglesham (sample art right) on the return of a Superman to the Justice Society. Good use is made of multiple members, but it’s one chapter of a multi-part story, so intrigues without disclosing.

Closing the book is a love it or hate it on principle story, in which known characters and names are twisted into new identities in the Earth 2 series. For some it’s a disrespectful shredding of legacy heroes, and even if you’re willing to give it chance, it’s not James Robinson’s finest work. Rather a downbeat conclusion to what ought to be a celebration, in fact, with arrogant heroes at each others’ throats. It reads more like a Marvel comic, in fact.

As with all these 75 year celebrations, the content is well chosen, incorporating material that even dedicated fans may not have in book form. The editors had a more difficult task than usual, as a team encompasses multiple heroes, and selecting stories that showcase them all to best effect must have been tricky. That said for every decent tale there’s one that’s outdated or ordinary.