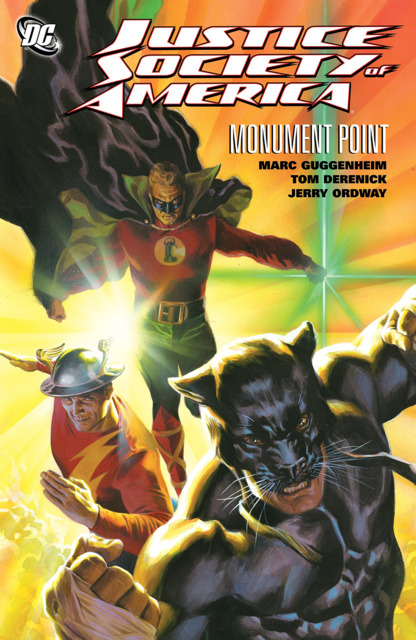 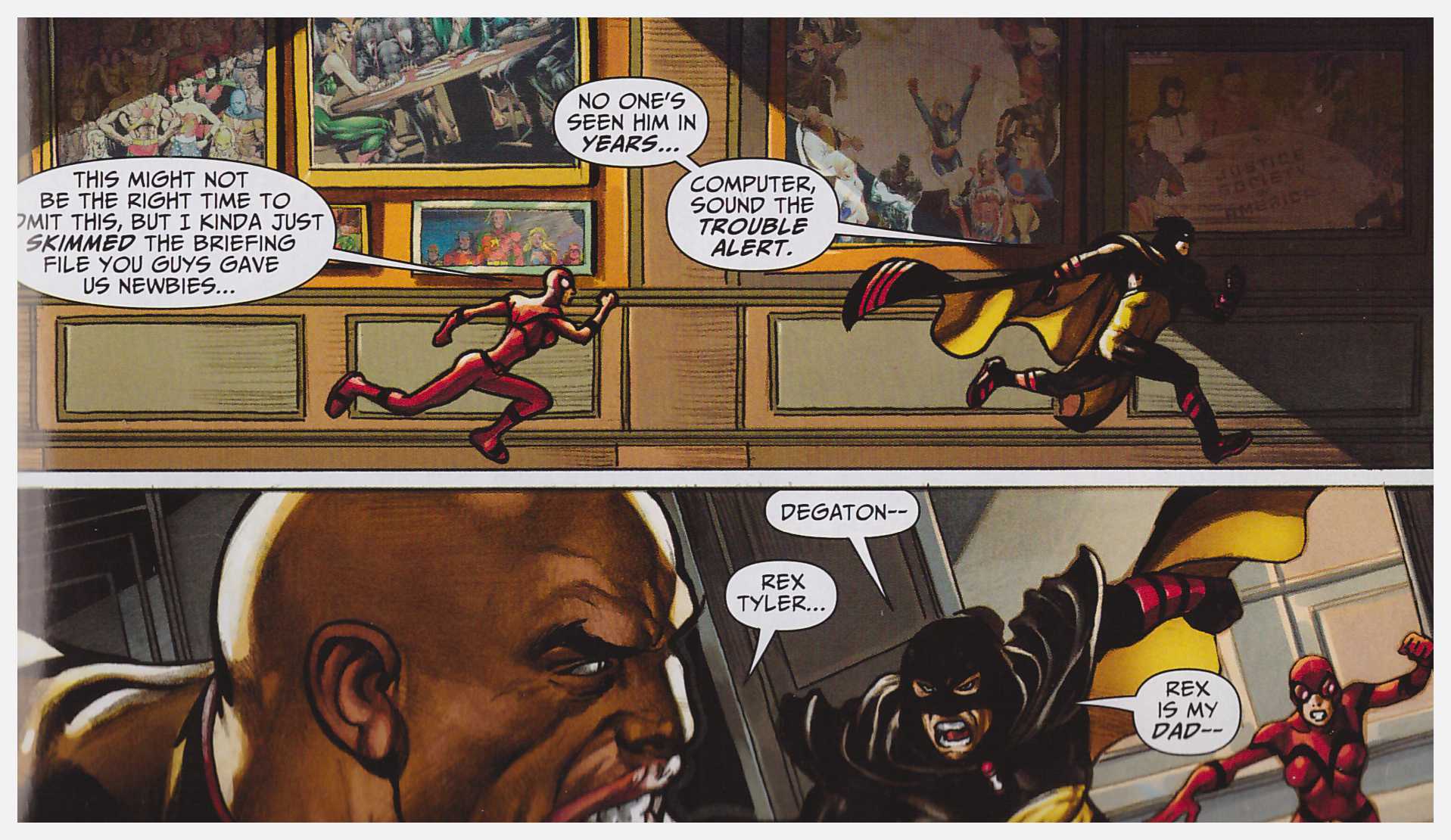 Jay Garrick is the original Flash, the one with the tin helmet who began his career in the 1940s. In latter years it’s been established that he’s pivotal to every major event in the Justice Society’s rich history, and this is reinforced in an opening chapter that skates through how the JSA has inspired over the course of time.

One sequence has particular relevance to what follows. In the 1950s the Justice Society appeared before the Un-American activities committee and refused to reveal their identities. A right wing senator was outraged, and he appears again, decades later, warning Flash off assuming the post of Monument Point’s mayor. Due to the messenger lacking credibility, Flash chooses to ignore his warning of matters better left untouched.

Other problems besetting the Society are carried over from the previous Supertown. We have Lightning’s seeming death, Mr Terrific losing his prodigious intelligence and Doctor Fate’s unpleasant new facial scars. Guest stars galore appear, but they’re part of the problem. There are obviously characters Marc Guggenheim wants to write, and his solution is to pile them all in here, and this is to the detriment of the regular cast, plenty of whom are absent or barely seen in this volume. Furthermore, there appears to have been a rush to conclude this series before DC re-launched their ‘New 52’, leaving the big reveal as so much blah, and everything tied up post haste along with a cheap and unconvincing death.

The opening chapter is pencilled by George Pérez, Howard Chaykin, Freddie Williams II and Tom Derenick, none of them on spectacular form, and neither is Derenick for much of the remainder. Jerry Ordway on the closing chapters is far more welcome, but it’s a pity he’s given such tosh to illustrate.

There’s a great irony that this final volume of the series stresses legacy at exactly the time DC were planning to expunge it. There was no place for the Justice Society among the ‘New 52’.