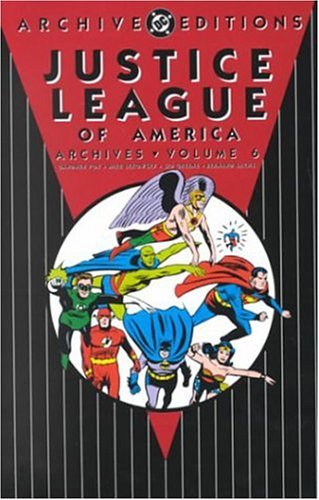 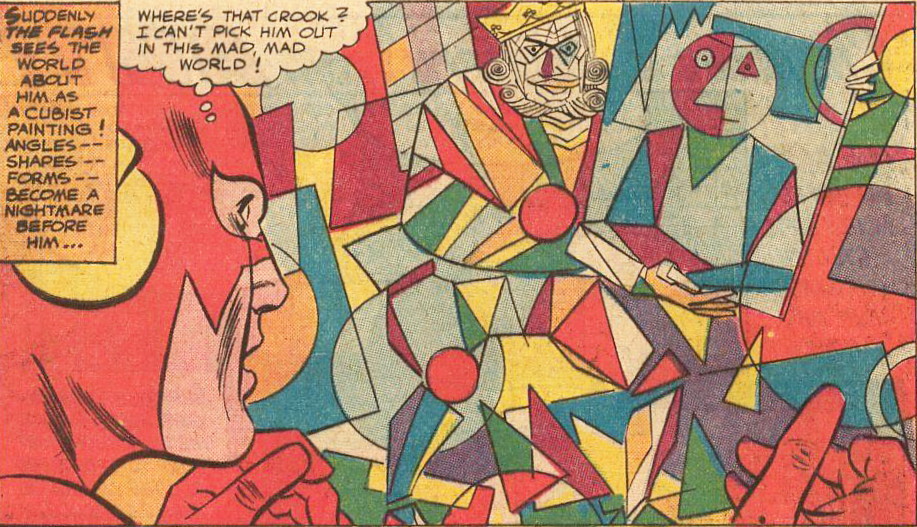 There’s a heady change of approach within this volume. The opening material is a direct continuation of the gimmick-based science-fiction Gardner Fox had been employing from the very start of the Justice League. The Key doses the Justice League with chemicals causing them to disband, and furthermore not to notice his henchmen as they set about their crimes. Then a disembodied alien infatuated with the League wants to become a member. That, at least, is unusual in featuring a guest star, the then relatively new Metamorpho. Overall, though, the earliest material reprinted here could slot into any of the previous volumes, with the introduction of the Shaggy Man perhaps an exception. A raging, adaptable artificial creation, he couldn’t differ more from the kindly old character in the Oz books from where Fox took the name. It’s very much an Earth based tale, unusual for Fox, although, more normally, he devises an ingenious solution to the problem at hand.

The covers to the original issues reprinted here with their enormous figures, and pushing Batman to the fore already indicate a new era. The Batman TV show first aired as the Metamorpho tale was published, and DC rapidly tailored much of their superhero output toward that style. It removed Gardner Fox from his comfort zone and he’s profoundly awlward. Here was a writer with a twenty year career of concocting clever science-fiction plots suddenly having to adapt to camp jokes. He fails dismally.

On the other hand, Fox having to change his methods in one respect opened other doors in his brain. His plot for the annual teaming of the Justice League and Justice Society sparkles. Members of each group find themselves switched to the Earth the other inhabits, as do two near mindless rampaging menaces. The Spectre must grow to immense proportions in order to span the dimensions to prevent the two Earths from crashing into each other, as an odd, giant alien with starred pupils named the Anti-Matter Man strides across his back. It’s heady cosmic stuff. Scrape away the often woeful dialogue (“I’ll bat this man around Batman style!”) and this could be a Grant Morrison plot. It’s a further nice touch that it’s the League’s smallest member, the Atom who sorts it all out.

Camp or science fiction, Earth or alien planet, artist Mike Sekowsky takes it all in his stride and it makes little difference to his fabulously odd style, although he has modified his layouts, by this stage supplying larger panels and figures. His artistic high spot comes early as the JLA take on the Royal Flush Gang and the King works some jiggery pokery resulting in the Flash viewing everything as if within a cubist painting (sample art). His characterisation of the gang as a bunch of neighbourhood friends who’ve developed into their adult selves is surprisingly creative, and an opportunity for some silly variations on the League in the JSA team-up is obviously something he enjoyed.

Fox rapidly reverted to type. By the closing content he’s obviously under instruction to prioritise Batman, to the extent of also featuring Robin, but one “Holy playback” apart, the camp dialogue and feeble jokes are gone.

Anyone who’s enjoyed Fox and Sekowsky’s work on the series to date will probably find much to please them here. Whether it maintains any appeal to a prospective new reader is another matter. On the other hand, this appears to have been a significantly over-printed volume and is widely available at around a third of the cover price.