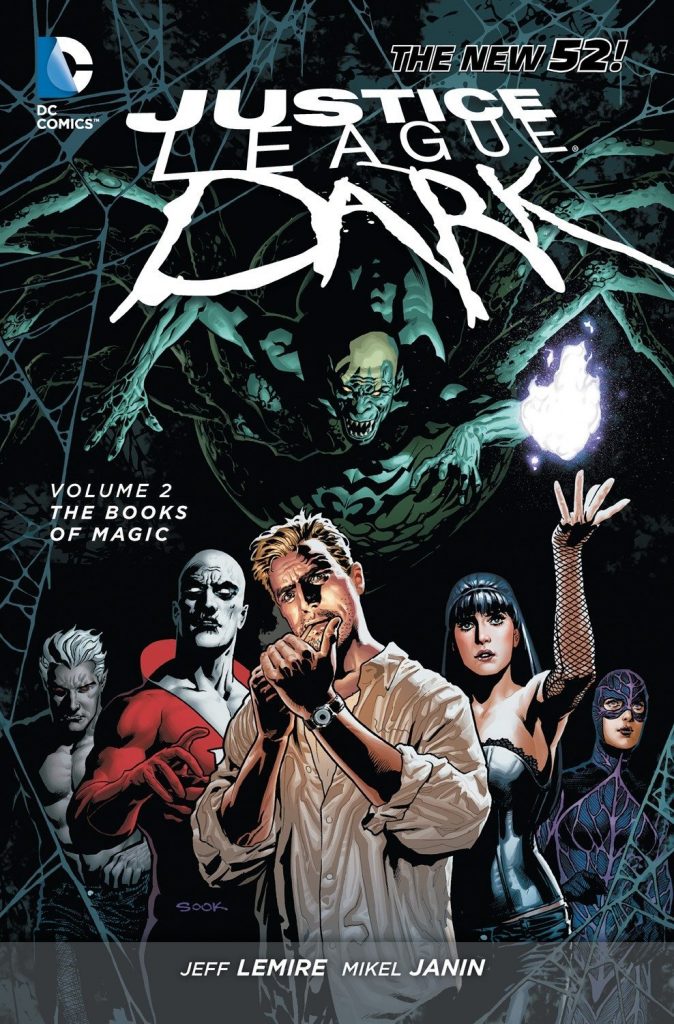 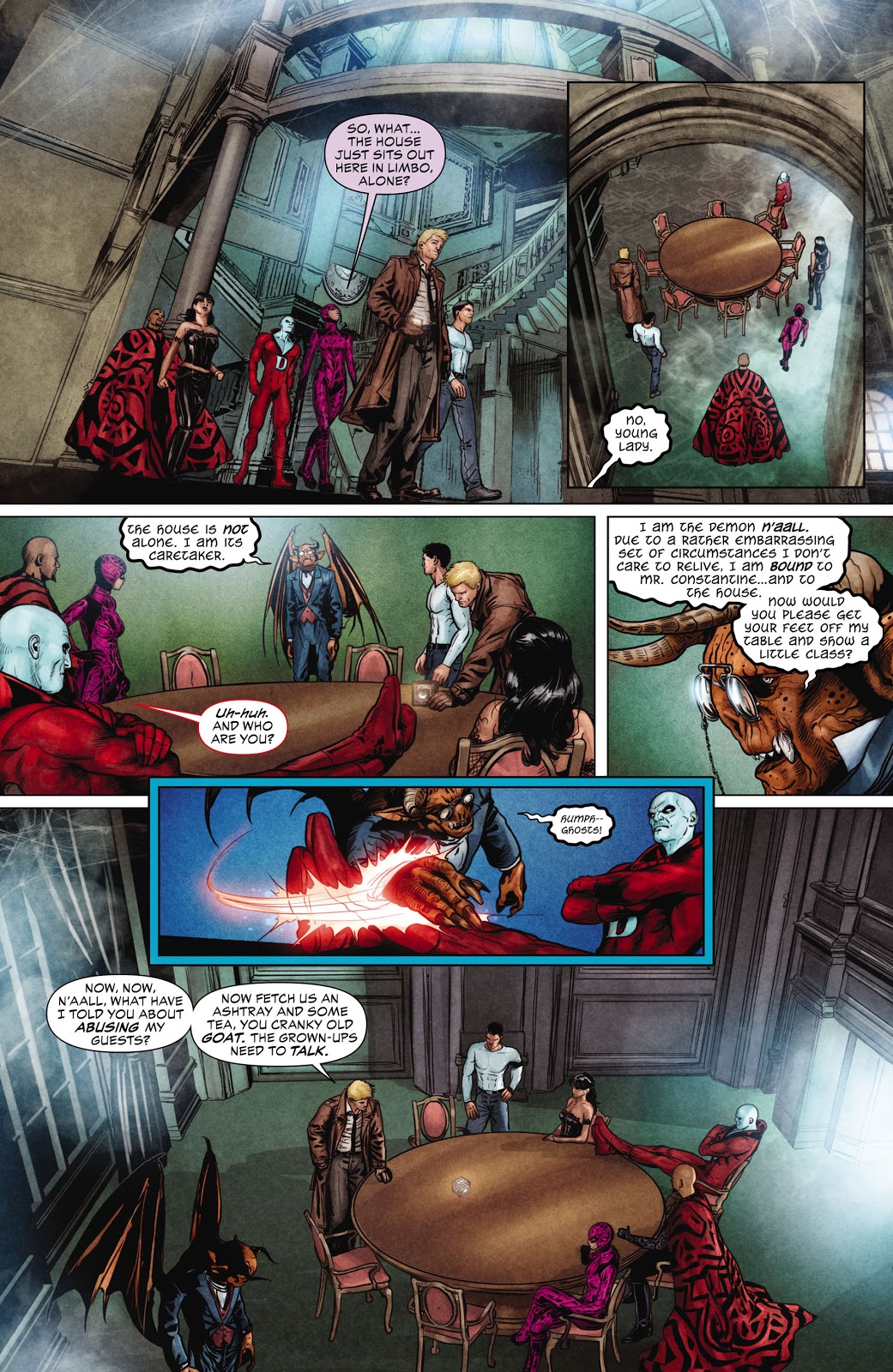 Because this is a relatively bulky collection it’s possible to make a case for ignoring the opening two chapters. These pick up from In the Dark’s cliffhanger ending, but we’re very much in chocolate teapot territory with two isolated episodes disconnected from the remainder of the crossover. Read the entire story in I, Vampire: Rise of the Vampires.

By the time the regular continuity is re-established Jeff Lemire has replaced Peter Milligan as writer, although thankfully artist Mikel Janín remains in place. Lemire has a fluid idea of what constitutes a team of heroes dealing with mystical threats. Over this and the next volume he trawls far and wide through DC’s mystical past to draft in whoever will work with his plots, and makes an early statement by addressing the ridiculous series name. He also comes up with a compelling reason for the cast to reunite, this being the search for the Books of Magic, four ancient and long lost books containing all mystical knowledge, and by focusing on greed as a human inevitability Lemire is able to kick a door open. This is tied in to the plot of forthcoming disaster Milligan initiated, and Lemire provides an immediate clever twist and insight into John Constantine’s deceitful personality, although he discovers others may be more manipulative than he is and equally used to the long game.

Magic should astonish, and Janín is supernaturally good. He establishes numerous magical environments as places to stay well away from, becoming increasingly ornate with his panel separations, and counting on the colours of Ulises Arreola to bring out the best in him. Lee Garbett’s slightly better at defining personality, but not as keen to fill in backgrounds

Where Lemire’s not quite as accomplished is with the bombastic dialogue of superhero comics, and there are a few wrong notes. He’s on happier territory with Constantine’s sardonic voice, and once we hit a flashback detailing Constantine’s first meeting with Zatanna, Lemire stops trying to conceal the person organising the mystical traps, and sets things in motion for his end run. Is everyone on a fool’s errand? The only non-mystical regular here is Black Orchid, and Lemire makes great use of her shapeshifting abilities throughout in what’s quite the page turner involving a considerable cast. While The Books of Magic features the battle, The Death of Magic continues the war.