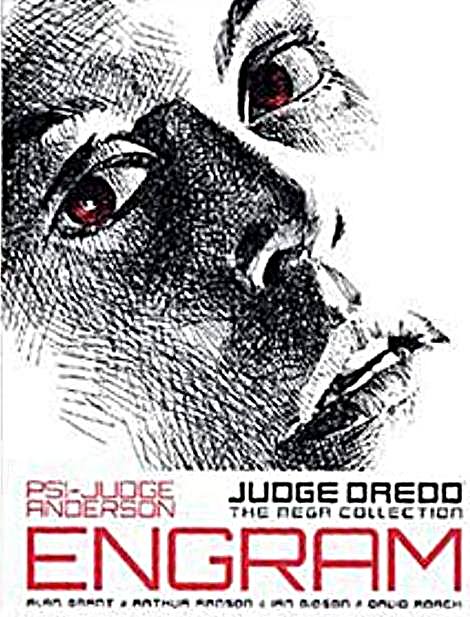 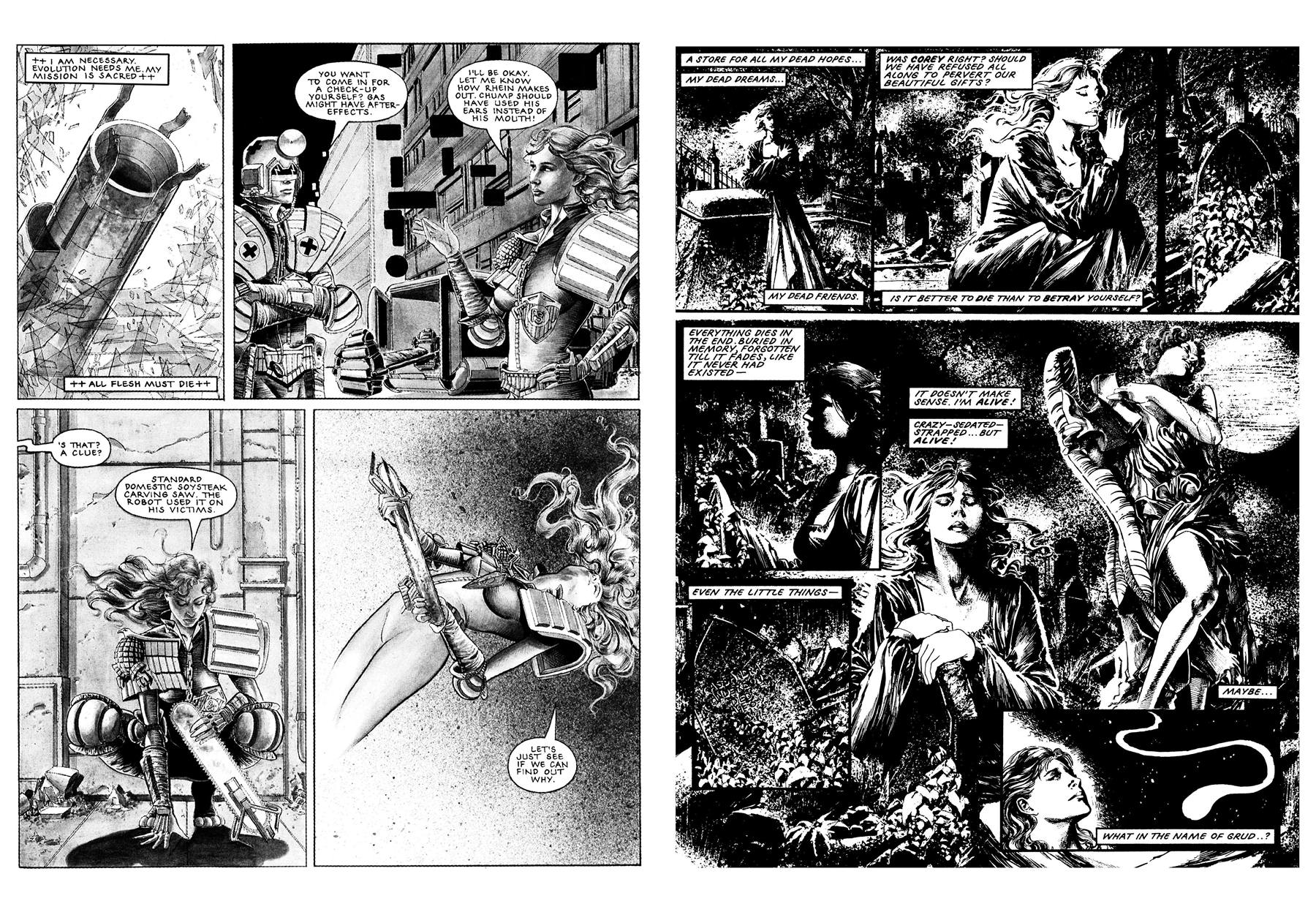 The Judge Anderson material forming part of the Judge Dredd Mega Collection series jumps around her continuity, but Engram covers all Anderson’s solo stories from summer 1989 to the end of 1991, only missing ‘Shamballa’. That’s found in the Shamballa collection, naturally enough, and while everything here is also in Judge Anderson: The Psi Files Volume 01, this edition is a hardcover with crisp white paper.

Most of these stories occur before Alan Grant began taking Anderson on a spiritual journey, and using her psychic abilities for something more than reading minds and psychic flashes, but they’re a varied and entertaining bunch. ‘Triad’ is the longest of them, and marks Arthur Ranson’s first work on the series, here in black and white, as are all the stories. It starts showing a more compassionate Anderson rather than a hardened judge with a whimsical attitude, and is a mystery with a few surprises.

Despite also including Carlos Ezquerra’s and Ian Gibson’s only solo art on Anderson stories, what really makes Engram a notable collection is that over half is drawn by David Roach. His work stands out as his features and figures have something of classic illustration about them, refined and elegant with consideration given to the composition of the panel as well as the page. He starts as talented, although with some people too obviously posed, and improves story by story. By the title story he’s very accomplished indeed. The sample art shows the progression over two years, the left page from Grant’s entertaining twist on a killer robot, and the second from a major step forward for Anderson as she recovers from the death of a friend and the mind-expanding events of ‘Shamballa’. Roach also excels on ‘The Screaming Skull’, in which Grant twists expectations about nightmare compulsions, combines real horror with ridiculous situations, and nicely undersells the ending.

Although he’ll drop the idea in later stories, Grant toys considerably with horror as a motif in this material, be it the slasher, nightmares or something even more visceral. By the end, Anderson isn’t in a good place. “An impaired Psi-operative is a danger to the whole division”, she’s told, and her experiences lead skilfully to the material presented in the Mega Collection edition of Childhood’s End. 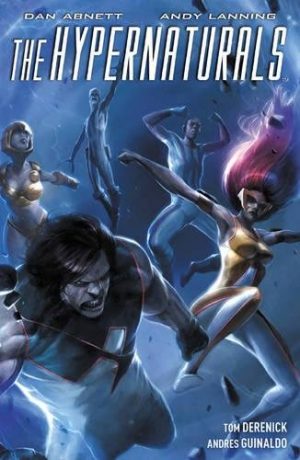 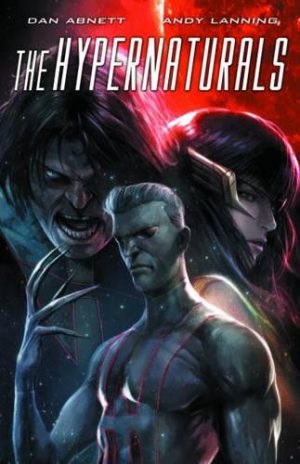