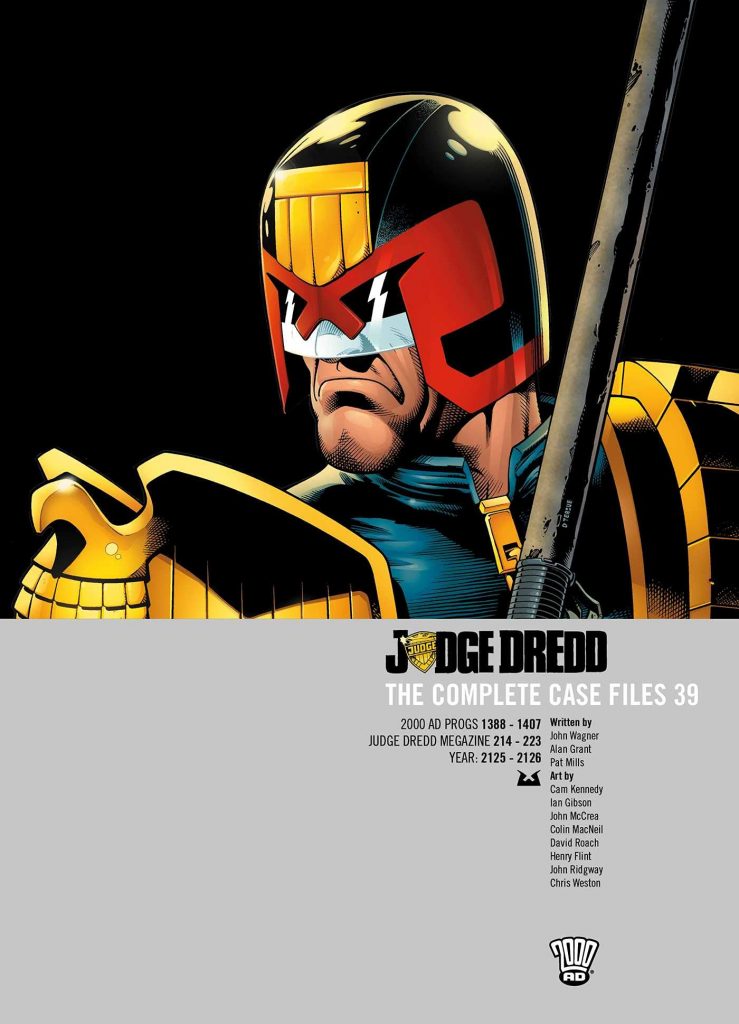 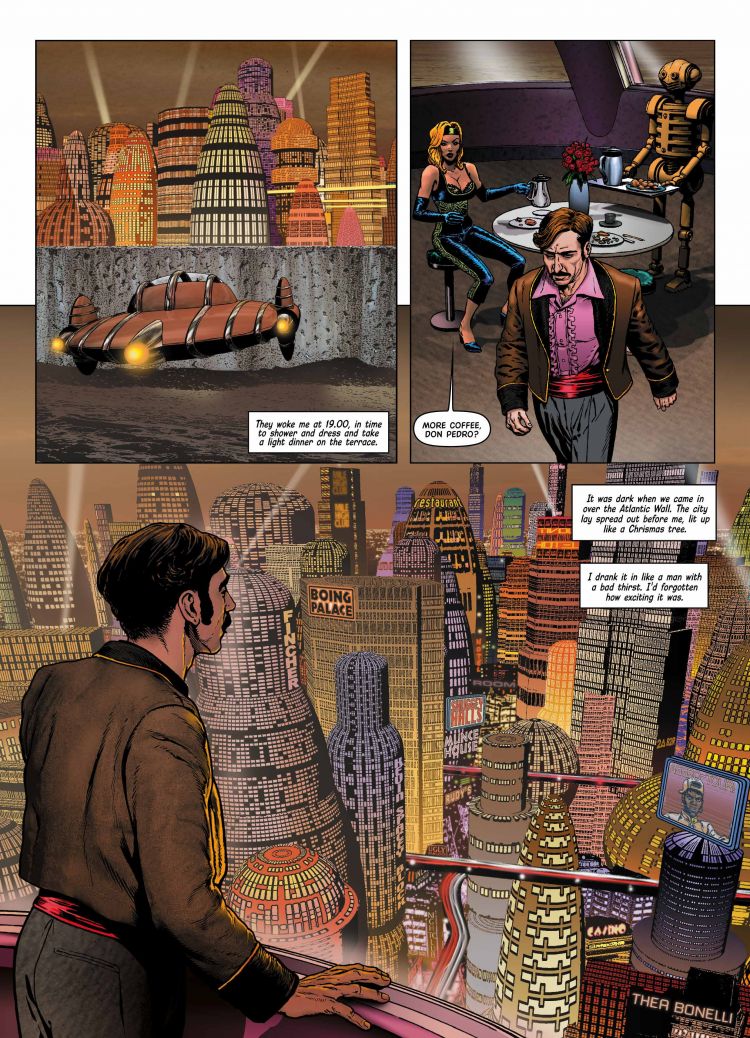 The Complete Case Files 39 contains nineteen stories, ten from 2000 AD, and nine from its companion title, the Judge Dredd Megazine. Fourteen are one-part tales, though for the Megazine stories that can mean anything from twelve to sixteen pages.

Many of the short tales are pretty unremarkable, with some exceptions. ‘At Home With The Snozzburns’ is outstanding for all the wrong reasons. Spoofing Ozzy Osbourne’s reality-TV show is the type of thing that often dates badly and writer Alan Grant and artist Ian Gibson’s satire is heavy-handed and poorly executed.

Some of the longer – Megazine – one-part stories deserving a mention include ‘Turkey Shoot’, a delight from start to finish, with laughs aplenty. John Wagner writes for the dream team of Cam Kennedy and Henry Flint to illustrate, and it looks just as good as you’d expect. Artist Simon Coleby shines in a couple of the shorts (‘My Beautiful Career’ and ‘It’s Your Funeral, Creep!’) and another Simon, Mr Davis, provides his usually impressive art for the Gorden Rennie-penned ‘Prodigal’. Davis uses photo references, which works for everything apart from Dredd himself (or in this case, Rico, his younger clone) who looks like a flesh-coloured Mechanismo droid. Finally, for the short stories, Dave Taylor’s artwork for ‘How To Succeed in Bizness (Without Getting Caught)’ is gorgeous, a beautiful blend of old-school Dredd and assorted European influences.

‘Terror’ runs to eight parts by John Wagner and Colin MacNeil, so we’re in safe hands for a tale that picks up the long-running pro-democracy thread. It raises all the usual questions usually better left unasked when your protagonist is effectively a fascist. Not a lot of laughs here.

After the politics and grim tone of the above, the next story is a whiplash-inducing change of tone. ‘Big Deal at Drekk City’ (written by Wagner, drawn by Kennedy) is a five-part slice of classic Dredd, set in the Cursed Earth. It’s great, filled with humour, while Dredd even gets to utter Dirty Harry’s immortal line, “Do you feel lucky?”

Pat Mills revisits one of his old stories with ‘Blood of Satanus II: Dark Matters’, four chapters energetically, if monochromatically illustrated by Duke Mighten. Mighten’s artwork is almost as cool as his name, though he has a fondness for drawing sexy women (and specifically their butts). As well as some groan-inducing one-liners, Mills manages to tie-in and squeeze in as many references as he can to his other work (Nemesis, for example), and elements from assorted crazy conspiracy theories. The execution scene at the story’s end is also massively gratuitous, extremely violent, and typical Mills.

‘Damned Ranger’ by Wagner and John Ridgway is a three-part story with many similarities to their recent ‘Radlander’ (Case Files 36). Sadly, it features some poor Photoshop effects that detract from Ridgway’s artwork, and the story lacks the emotional weight of the earlier tale.

‘Six’ is a three-part story featuring recurring villain PJ Maybe. Wagner’s story is very entertaining, but the real star here is Chris Weston. He’s one of the best of the new breed of artists emerging in the 1990s, and his work – think Brian Bolland meets Glen Fabry – is superb.

As always, this collection is a mixed bag. However, the talent involved ensures that the bar is set pretty high, and most stories are thoroughly enjoyable. Lastly, it’s obvious that the folks at Rebellion are hanging on our every word, as they’ve reinstated page numbers for this collection. 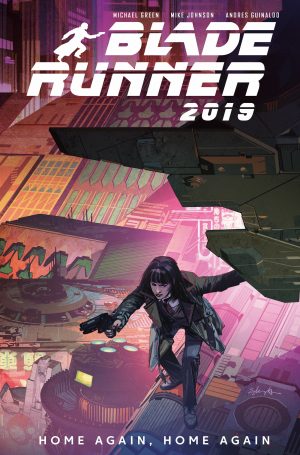 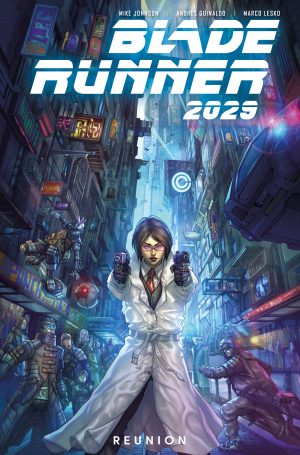