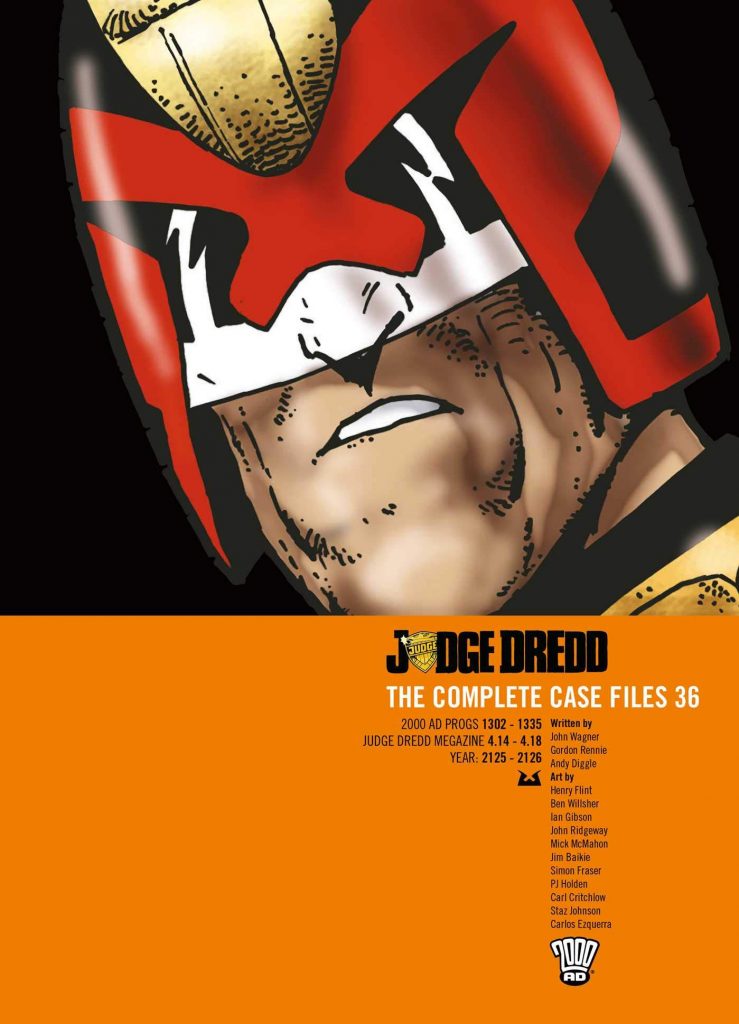 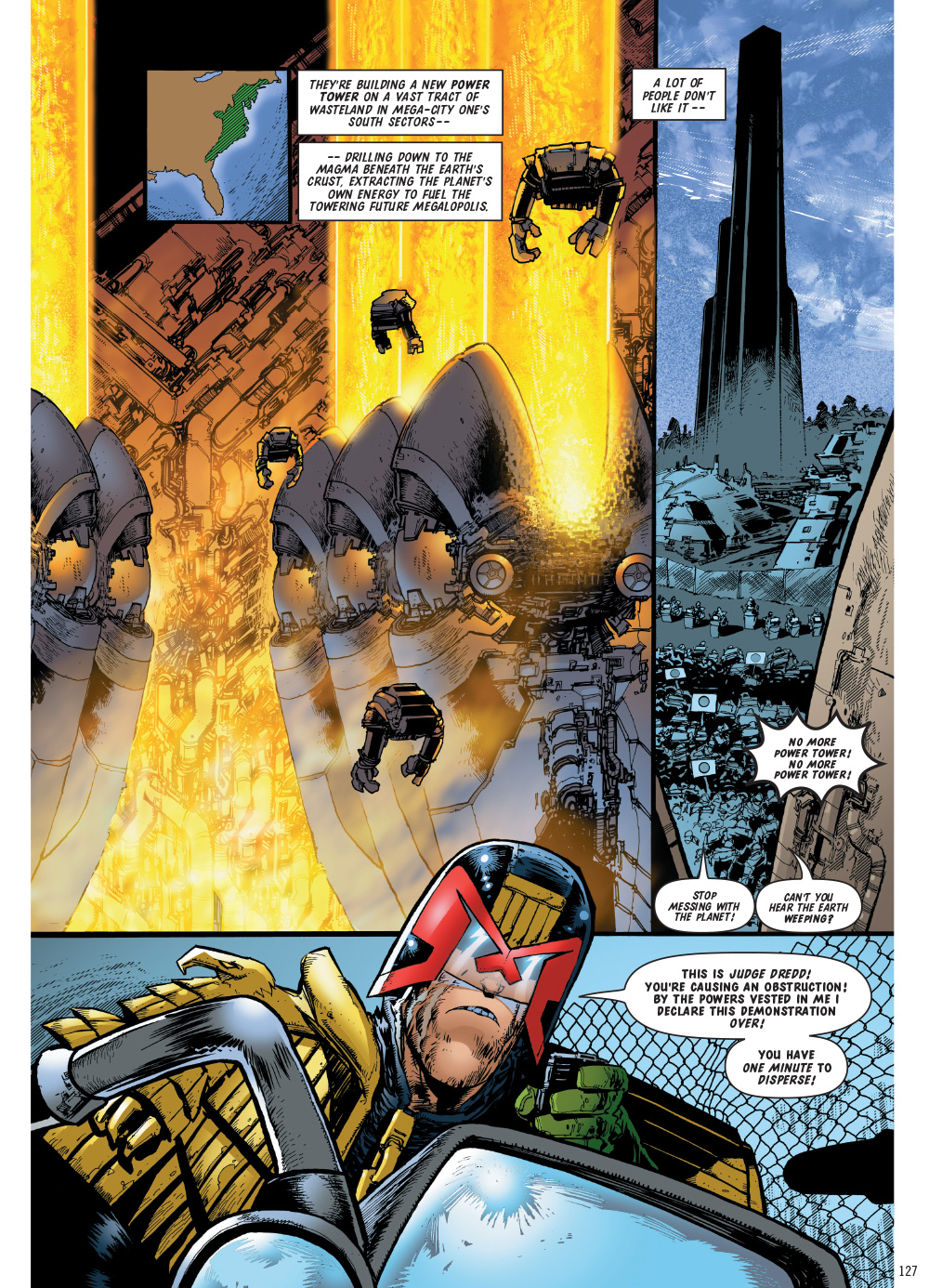 The cover for Judge Dredd: Complete Case Files 36 features an unimaginative Carlos Ezquerra illustration, which one assumes is a posthumous celebration of Dredd’s co-creator, who passed away around the time of publication.

This volume has dropped the title from each story (i.e., Judge Dredd and the story name) as well as the credit cards that 2000 AD so ground-breakingly introduced many years ago. Why? It means continually flicking back to the opening pages to find out who wrote and drew what, and guessing where one story ends and another begins. It’s always obvious, but that doesn’t make it any easier to understand the editorial reasoning.

And while we’re moaning about editorial issues, let’s highlight the rotten numbering system these books employ. As an example, you could be told a story features in progs 2003, 1322 – 1335. Which when considered seems unlikely. What they mean is that the story appeared in 2003, the year rather than the prog. This will annoy the type of reader who is irritated by such things, and it clearly makes no sense, so why do it?

Anyway, what about the content? The big deal about this volume is that it contains a crossover story with Aliens. Yes, the H.R. Geiger/Ridley Scott/James Cameron ones. It’s odd that they don’t appear on the front cover, but licensing permissions probably have more to do with that than anything else.

Many of the early stories are disappointing, with even John Wagner turning in a couple of them, which is unusual for him. Many stories feature interesting elevator-pitch ideas – Dredd on a jam-packed train – but often don’t do anything beyond that, either in terms of story or characterisation. This also suffers from having too many once-great artists who are past their best (Ezquerra, Mike McMahon, Ian Gibson, etc.) and some newer artists who aren’t yet accomplished enough to handle this difficult-to-draw character and his world. This entire section is all a bit ‘meh’, then we get to our guest stars, the Aliens.

Our hundred page Aliens extravaganza features all the old Xenomorph favourites – eggs, face-huggers, chest-busters, man in suit – and it’s a muscular story with loads of action, all drawn by the same artist, Henry Flint channelling peak period McMahon. It also has lots of Dredd telling us what he’s doing (“Gotta hold on! Pipe is breaking!”) This flies in the face of the ‘show, don’t tell’ maxim, and gives the story a nostalgic feel, reminiscent of the early days of the strip, or an 1980’s action movie. Dredd also continues the Aliens tradition of going back for someone (or something, like the first movie’s cat). Here it’s Chavez, a young judge that Dredd has taken under his wing. Though common sense would dictate that he goes mob-handed – the Mega-City judges have been throwing everything at the aliens, and getting their mutilated asses handed back to them – the plot instead demands that Dredd goes it alone.

Wagner redeems himself for his earlier stories with ‘Radlander’, the closer in this collection, and the best. John Ridgway provides his usually sterling work (if one can ignore Dredd’s helmet changing shape almost panel by panel) in a story that carries real emotional heft and a great deal of solid storytelling over its 35 pages.

The two longer tales, both enjoyable in very different ways, compensate for the earlier material, and make this collection another well worth picking up. 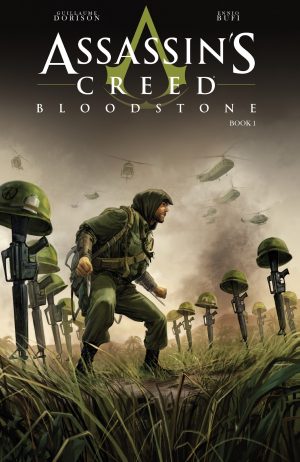