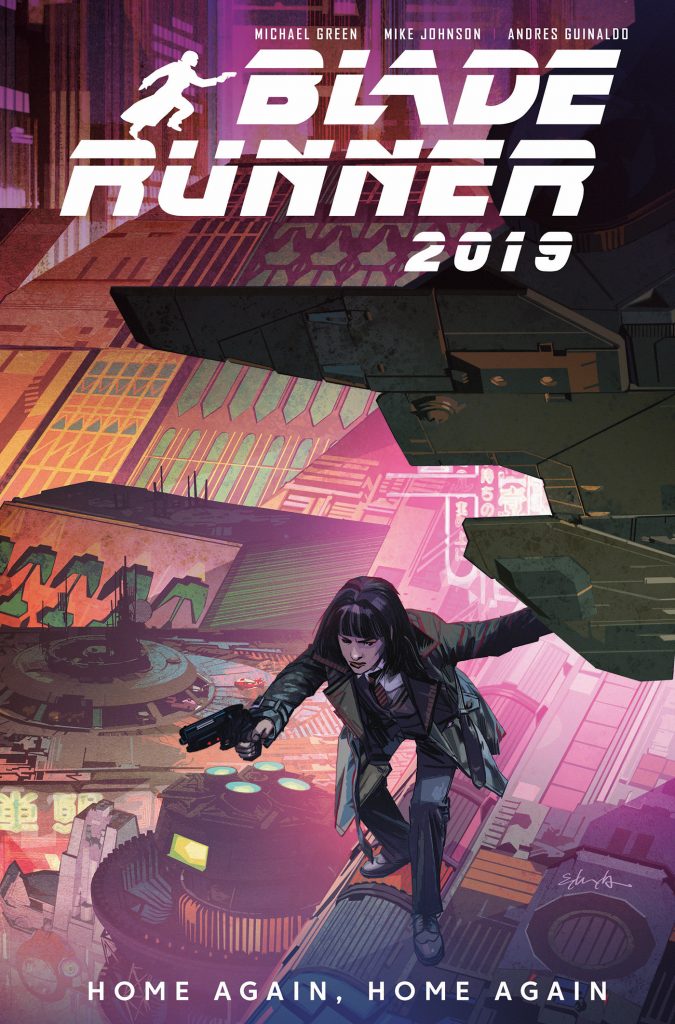 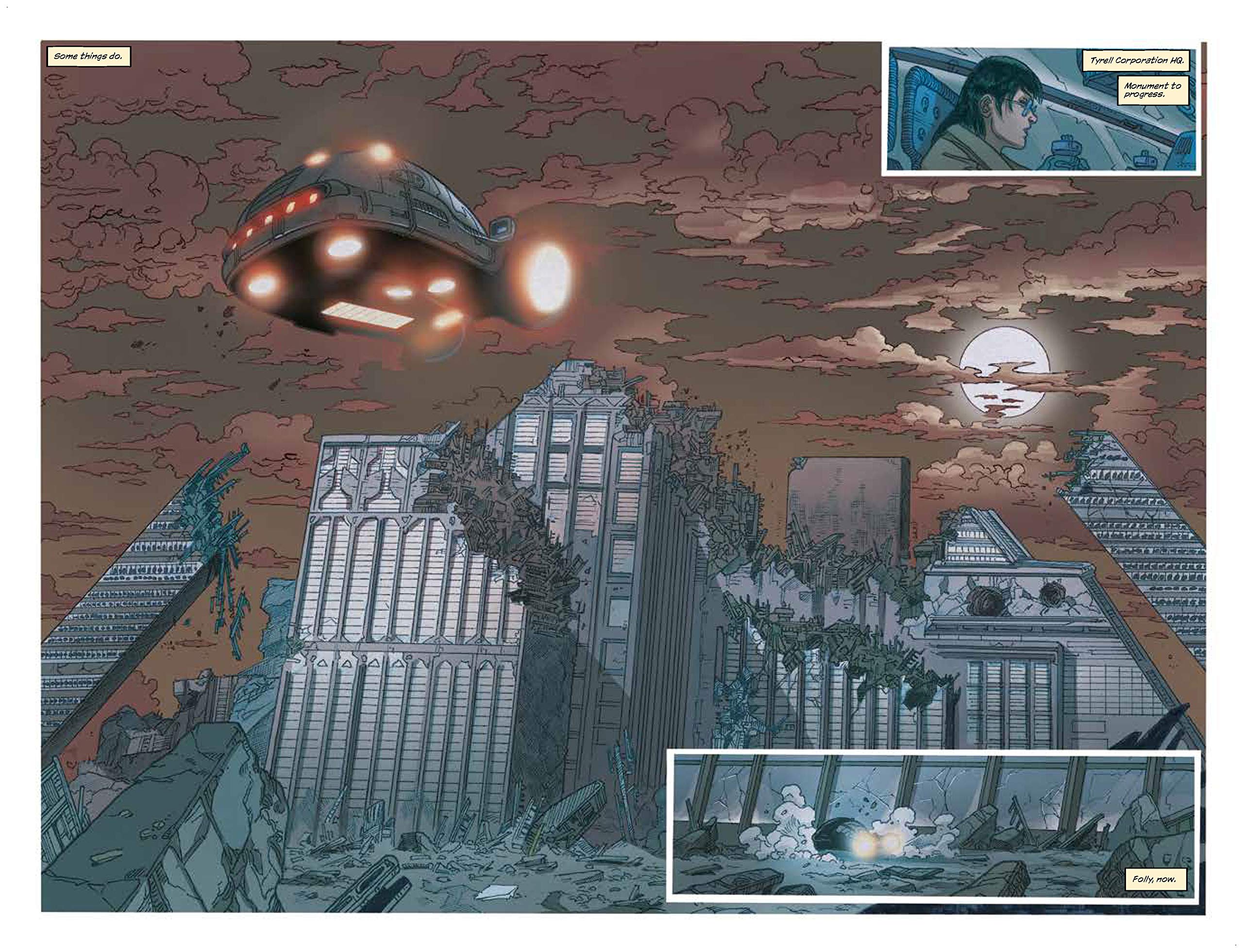 After the conclusion of the previous book the former detective and Blade Runner, Aahna “Ash” Ashina has returned to Earth. The year is 2026 and Tyrell Corporation, producer of first class synthetic humans is no more, destroyed in an event referred to as the Blackout a few years earlier in 2022. Years prior Ash had helped Cleo Selwyn escape her father and now, believing Cleo to be safe (see Off-World) Ash is going to ensure Alexander Selwyn never finds his daughter again. Except the rich powerful Selwyn knows Ash is coming and she is still wanted for her involvement in Cleo’s disappearance years earlier. As Ash digs deeper she has to face her own past, renegade Synths and new breed of illegal synthetics lacking a life spark in order to protect Cleo and find peace.

For this third outing Mike Johnson does the bulk of the writing, Michael Green (screenwriter on Blade Runner 2049) credited with a consultant’s role. Andres Guinaldo resumes artistic duties with the help of colourist Marco Lesko. Home Again, Home Again though, has a grimier style as Ash works through the seedy underbelly of Los Angeles, a blurry edge to the art. By contrast the details of crowds, taverns, food shacks and bomb-blasted ruins are crisp and clear, story panels open and running across two-page spreads. This future is bleak, the poor scrabbling and the rich getting richer, but between Guinaldo’s incredible eye for detail and Lesko’s mood enhancing colours they infuse it with an odd beauty. Injustice and abuses of power are highlighted, especially in flashbacks to Ash’s childhood, but equally the world they have crafted is filled with ambience.

Home Again, Home Again maintains the thriller edge mixed with social commentary and interesting human observation the series has featured since book one. The difference is that the story lacking the depth provided when Green was actively involved in the writing. Green and Johnson created an exciting sense of the unknown in their stories as Ash tracked down leads and uncovered new conspiracies and that captivating aspect is lacking here. It’s not that the story is poor, it just doesn’t quite engage as the previous books did. The saving grace is how much further Johnson develops Ash, his plot devices still surprising.

As the conclusion to the Blade Runner 2019 trilogy, this is slightly disappointing as there has been a consistent improvement with each of the previous books and this doesn’t match those expectations in the story department. Still, Guinaldo’s artwork is outstanding, Lesko’s colours lustrous and Johnson’s cast rich and diverse. It’s not the end hoped for or promised, but it is more than satisfactory. With Ash returning in new series Blade Runner 2029, written and illustrated by the current creative team, there is every chance the flame will be turned up high to deliver what has been teased so long.