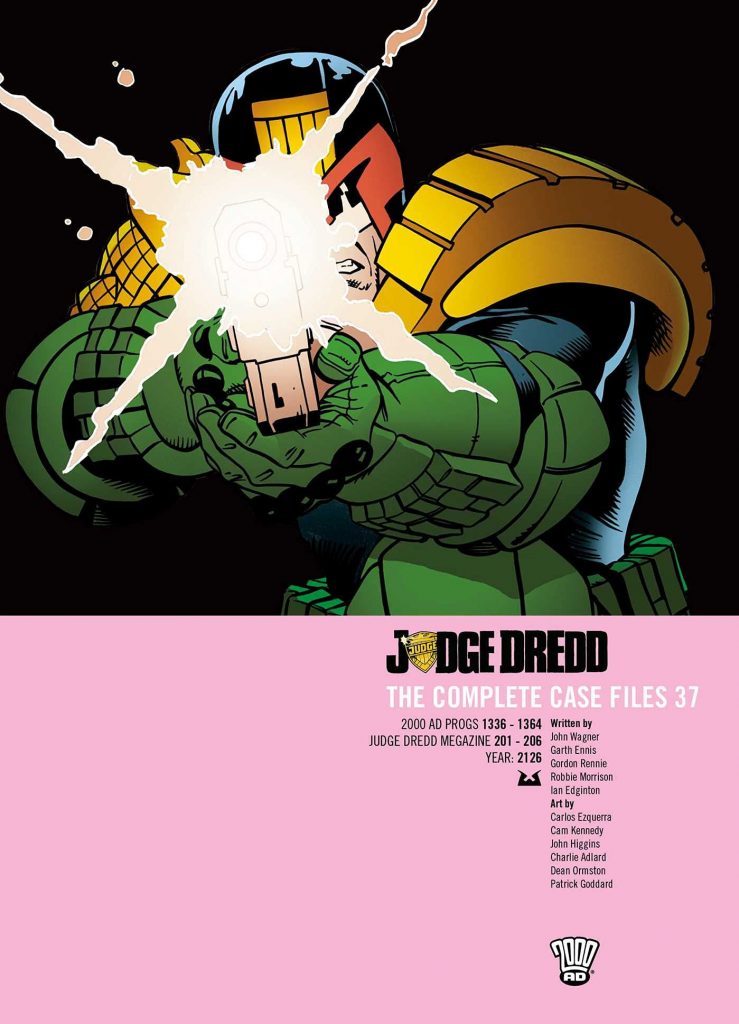 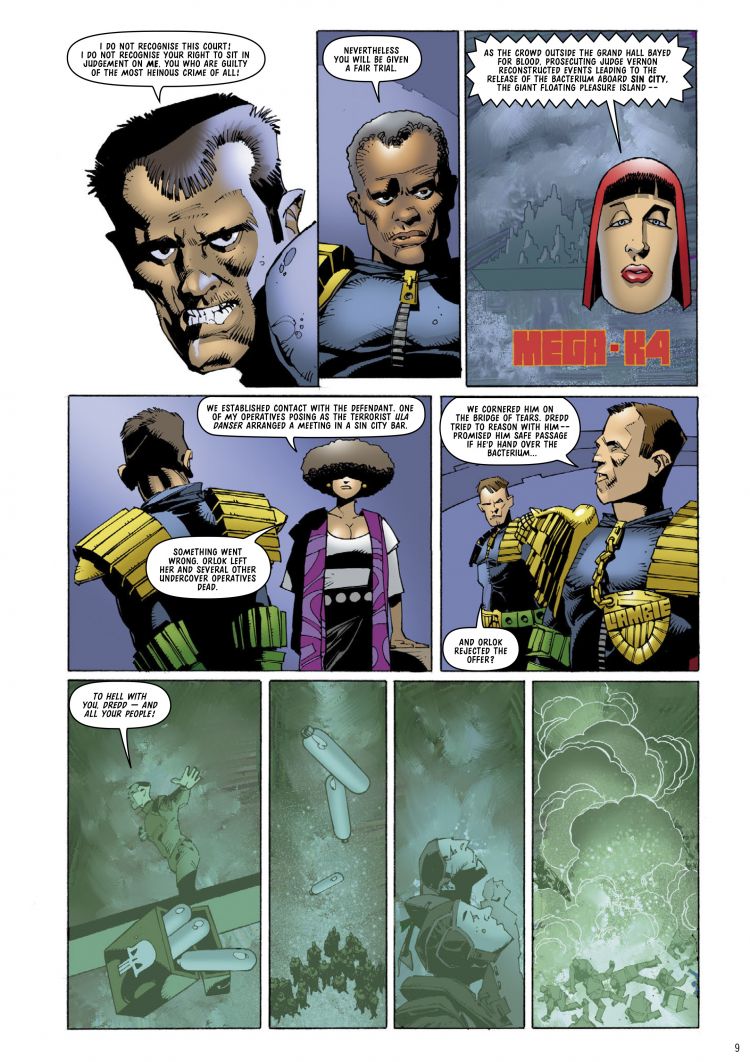 Unlike most comics, people in Judge Dredd age as they would in the real world, which means Dredd has long been a pensioner by our standards, though he’s had a few Rejuve treatments to keep him spry. However, it seems that mortality is on co-creator John Wagner’s mind, or that he’s decided to kill off some characters before senility and old age beat him to it.

If there’s a theme running through Complete Case Files 37, it’s one of long-running characters shuffling off the mortal coil, usually helped on their way by Mega-City One’s toughest lawman. We recently had the death of Otto Sump (see Case Files 35) and this collection opens with the (probably) final appearance of Orlok, a character that’s been one of Dredd’s more capable antagonists since ‘Block-Mania’, about thirty-odd years ago. ‘The Trial of Orlok’, would appear to be the last we’ll hear from Orlok, as he gets his comeuppance for his activities during the recent ‘Sin City’ story (again, volume 35).

‘Revenge of the Chief Judge’s Man’, is one of the longest stories in the collection at eight parts, and features the final appearance of another recurring character: Armon Gill, the eponymous Chief Judge’s Man. Genetically enhanced, he’s been an amazingly competent foe for Ol’ Stoney-Face. John Burns’ art is always a treat, and this is a meaty tale.

At seven parts ‘The Satanist’ is another long story, while most in this collection are much shorter. Dredd visits a beautifully depicted Brit-City on the hunt for his niece, Vienna, and Charlie Adlard’s art, barring a few flat panels, is excellent.

‘Club Sov’ is enjoyable from Gordon Rennie with art by Simon Fraser that leans heavily into his artwork for Nikolai Dante. The story, with tongue firmly in cheek, even features an almost-cameo by Dante, or someone who looks and acts a great deal like the Russian swashbuckler. The final story in the 2000 AD section is ‘Inside Job’ by Ian Edginton, with superb art by Steve Pugh.

All the Megazine stories bar the last are one-parters. We kick off with ‘Phartz’ by Dredd creators Wagner and Carlos Ezquerra. This is a misfire, with gaseous aliens called Phartz. No, really. Not one of Wagner’s finest moments. The sad thing is, if it weren’t for the infantile premise, this would be acceptable. Ezquerra is past his best, but he still has some storytelling chops.

‘War Crimes’ is also by Rennie, let down somewhat by Lee Sullivan’s artwork, probably the poorest on offer in this volume (although, to be fair, the standard is very high). As compensation, the next story, ‘Bato Loco’, is another written by Rennie, and features great Simon Coleby art in what unfortunately cops out on providing a satisfying conclusion.

The final story, ‘Monkey on my Back’ is the last Dredd written by Garth Ennis. John Higgins provides art for a tale that features a young Dredd, back in the days when Judge Cal was head of the SJS (think Internal Affairs crossed with the Gestapo). At almost fifty pages, it features Dredd going up against almost every other judge when the Chief Judge is compromised. This is a real widescreen blockbuster, with explosions and action galore, and is a great way to wrap up this book.

So, a brief summary: most of the shorts (many not discussed) are pretty good, and most of the longer stories are very good indeed. 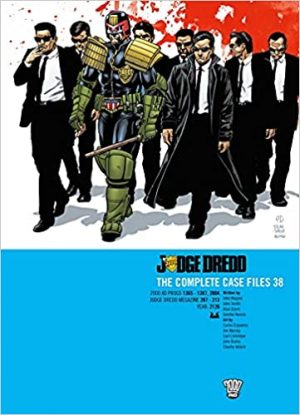