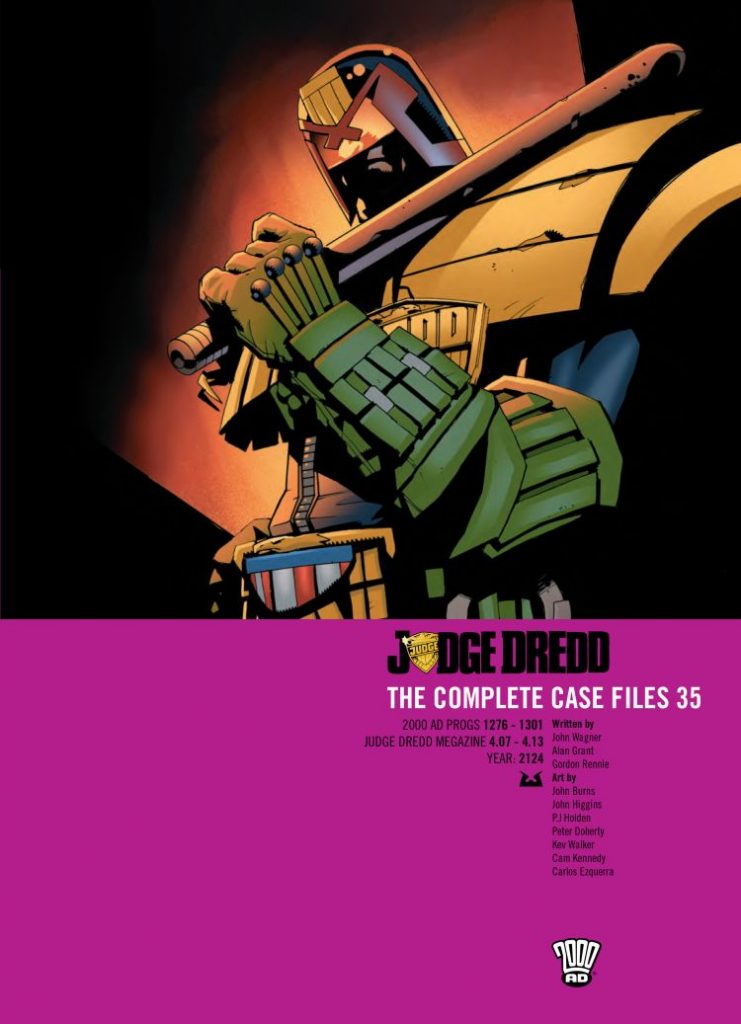 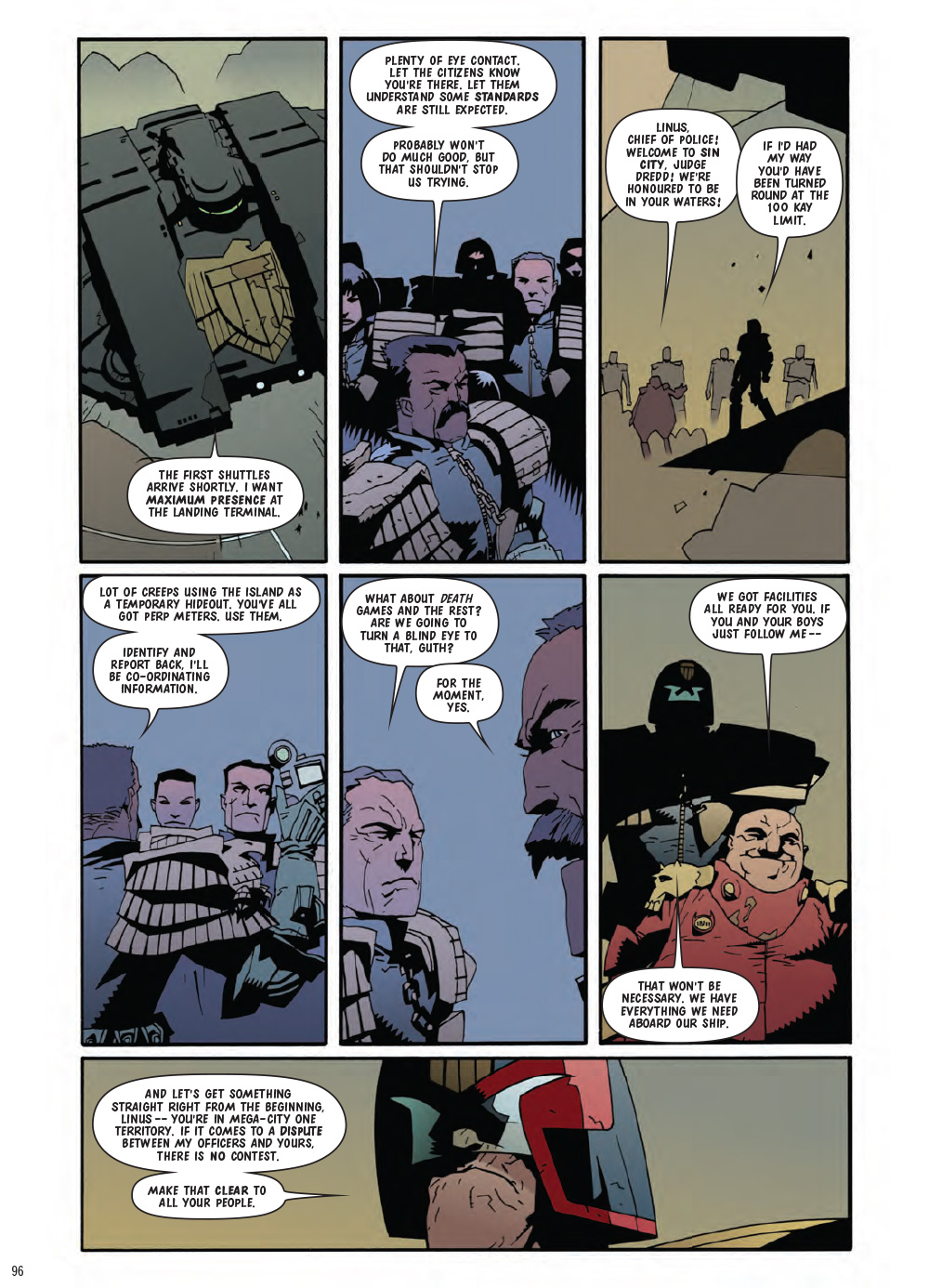 The longest story in this collection, by a country mile, is ‘Sin City’, written by John Wagner and illustrated by Kevin Walker. Over eleven parts, it’s a real cracker, an action packed tale that sees the return (yet again) of Orlok, first seen in ‘Block-Mania’. Dredd’s had all sorts of rejuvenation procedures, and one assumes Orlok has too, because, like Dredd, he must be eligible to claim his pension. There’s a plot to release a deadly disease in Mega-City One, and it falls to Dredd to thwart it. Walker’s artwork is bold, muscular and generally excellent, and the testosterone-soaked plot also manages to work in some good character moments for Dredd and others, a hallmark of many of Wagner’s best stories.

Another couple of Wagner stories, ‘Leaving Rowdy’ and ‘Love Story III’, are also thoroughly enjoyable and very funny. Rico moves into Dredd’s old apartment in Rowdy Yates block and, in two consecutive stories, has to deal with criminals out to settle old scores with Dredd.

A final story worthy of mention is ‘Citizen Sump,’ by Wagner and John Higgins. This two-part Megazine story is a clever combination of Citizen Kane and Poe’s Murders in the Rue Morgue, being a locked-room murder mystery featuring the demise of another Dredd character that’s been around for decades: Otto Sump. Beautifully drawn by Higgins, it’s genuinely quite touching and even a little sad as we bid farewell.

This collection contains nineteen stories: thirteen from 2000 AD and six from the Judge Dredd Megazine. Wagner writes most, with ten stories to his name. As is often the case, his are all the longer contributions. As well as the story mentioned above, he also writes one three-part story and four two-parters. Alan Grant and Gordon Rennie write four stories apiece, with Robbie Morrison contributing just the one.

However, not everyone’s that concerned about who writes what, and some read this stuff for the art. If that’s the case, then they’re equally well served. Artists range from old school favourites – Carlos Ezquerra, Colin MacNeil, Ian Gibson – to then fresher talent like Kevin Walker and Richard Elson.

Most of this collection is light-hearted and generally pretty funny, though there are a couple of stories that give us a different, darker take on life in Mega-City One. As always, there’s something for everyone, and fans of Dredd will be happy to add this to their collections. That’s assuming they have big bookcases.