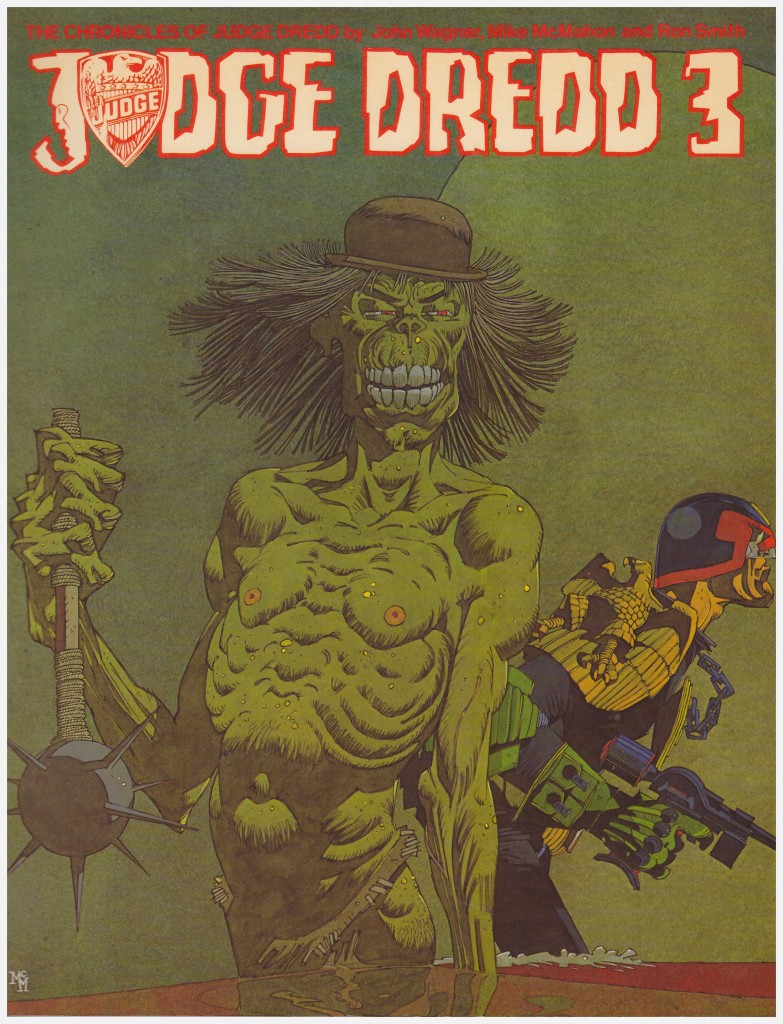 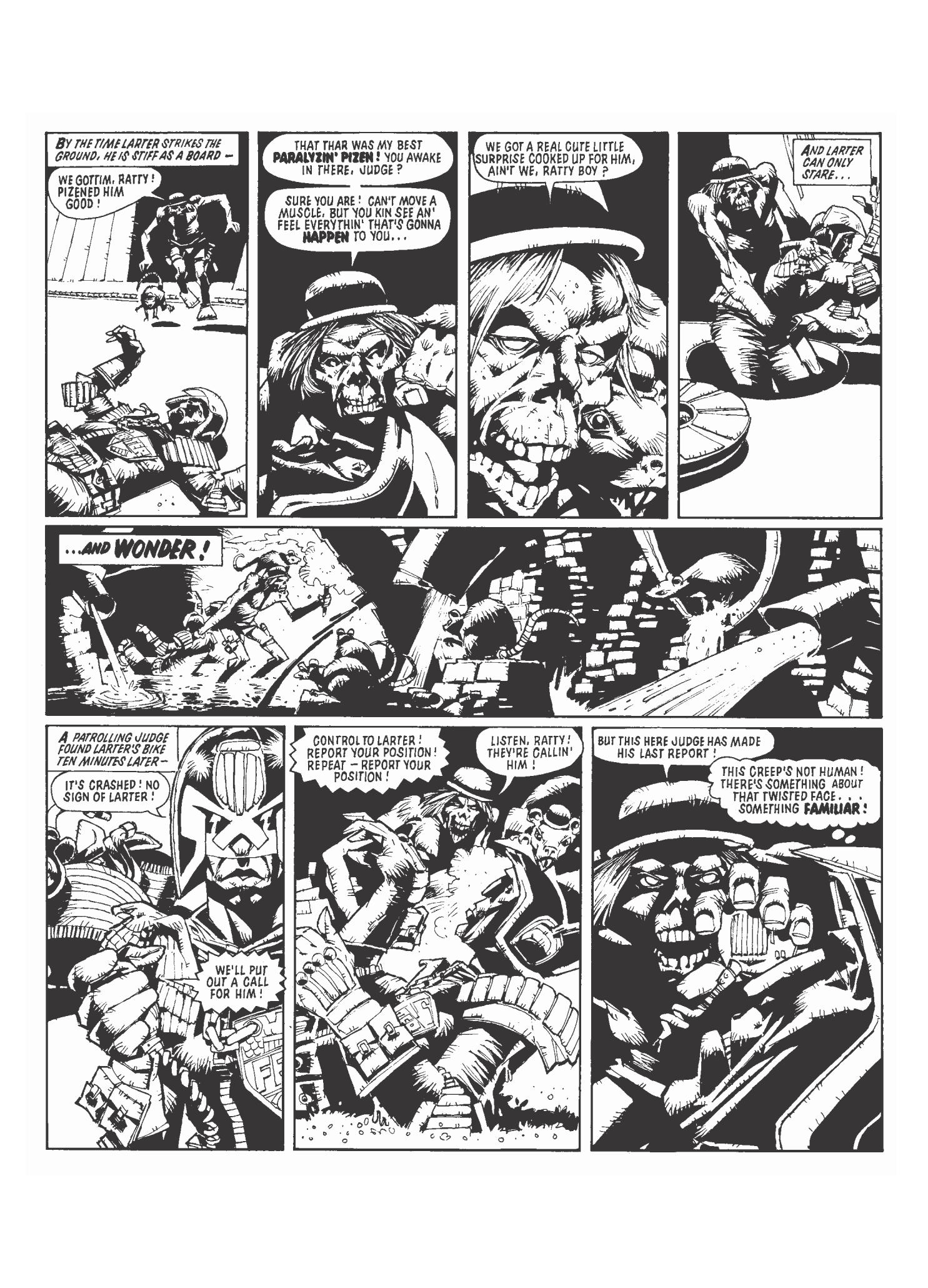 The third of Titan’s numbered volumes was unique in collecting the work of two different artists, Mike McMahon, whose work comprised the second volume, and Ron Smith, who would fill several later books. It’s prime material from both under a stunningly creepy McMahon cover.

McMahon’s internal contribution is ‘The Fink’. His most memorable creations for the Dredd mythos were the Angel Gang during the Judge Child Saga. They’d seemingly not survived their first appearance, but one brother was absent as Dredd dealt with the remainder and has travelled to Mega-City One to enact his revenge. McMahon created a memorable slavering and skeletal character wearing an old bowler hat and accompanied by a giant rat draped around his shoulders, wearing a miniature bowler. “Pizen” is the Fink’s speciality, dispensed via slingshot with gleeful relish. The five chapters even allow for glance at the other Angels as the Fink recalls his youth. John Wagner and Alan Grant, credited as T.B. Grover scripted a dark tale rendered even more sinister by McMahon’s scratchy art.

The clean detail provided by Smith couldn’t be a greater contrast, which makes this a mis-matched collection. Furthermore, ‘The Blood of Satanus’ was a story that generated controversy. Writer Pat Mills’ fondness for rampaging dinosaurs was evident from the earliest days of 2000AD, and during Dredd’s ‘Cursed Earth‘ sequence he’d indulged himself with a colony of cloned dinosaurs. By far the most fearsome was Satanus, and when a Mega-City One citizen accidentally drinks some of his blood he’s transformed into a raging combination of human and giant lizard. When submitted, Mills’ script made reference to a former girlfriend of Dredd’s, intended as a humanising element, but Dredd’s primary writer Wagner considered it inconsistent with his vision of Dredd, and the printed version differed. The resulting fallout meant Mills never wrote another Dredd story.

Rounding out the volume are the Otto Sump stories published by that time. Sump was a memorable Wagner creation, a man so ugly he generated the greatest ever viewer reaction on Mega-City One’s televised Sob Story. In his next appearance he headed his own franchise of Ugly Clinics, having persuaded the city’s elite that the only way to truly stand out from the crowd was to become hideous. Wagner and Grant ran riot creating preposterous accompanying ads, and the story is among their best exploring short term fads to hit Mega-City One.