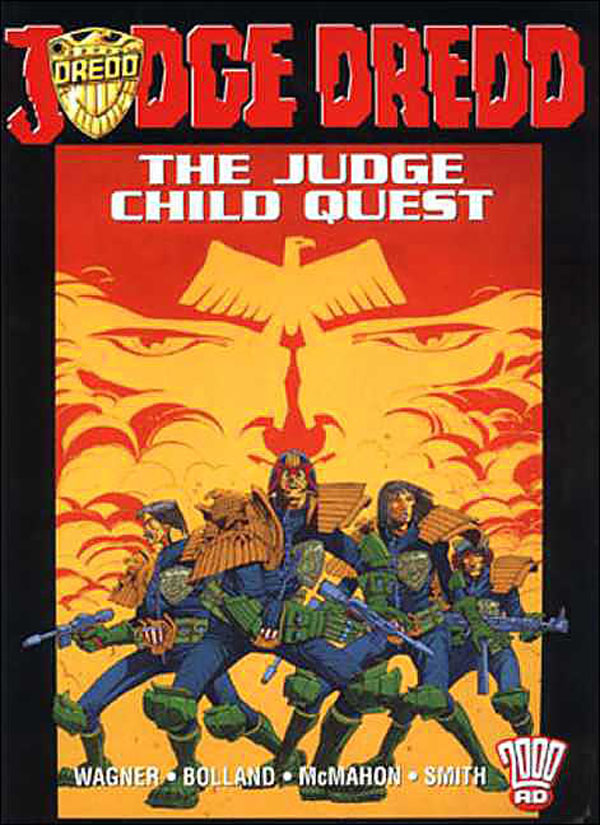 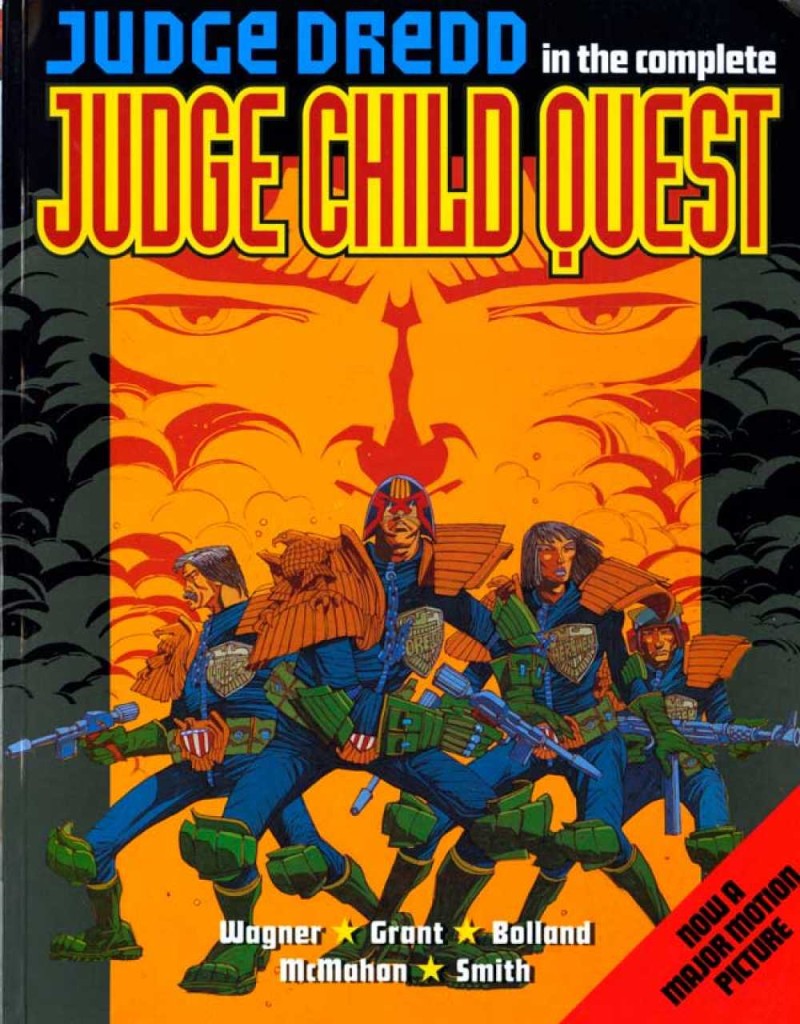 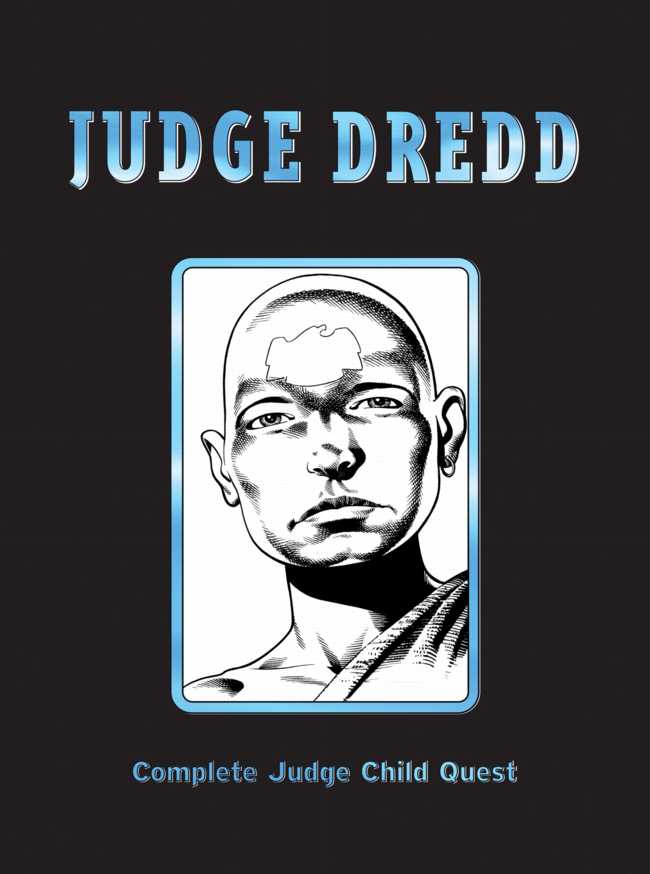 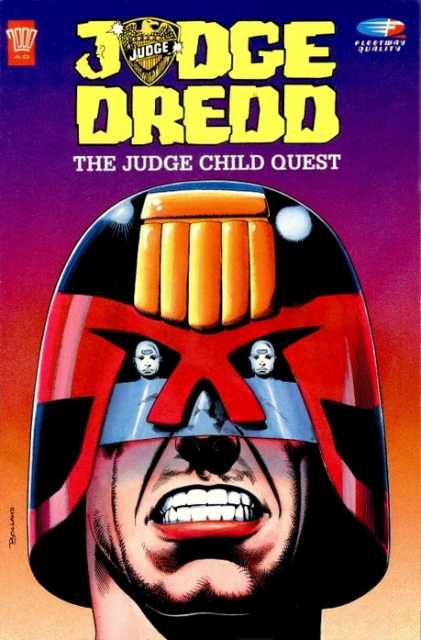 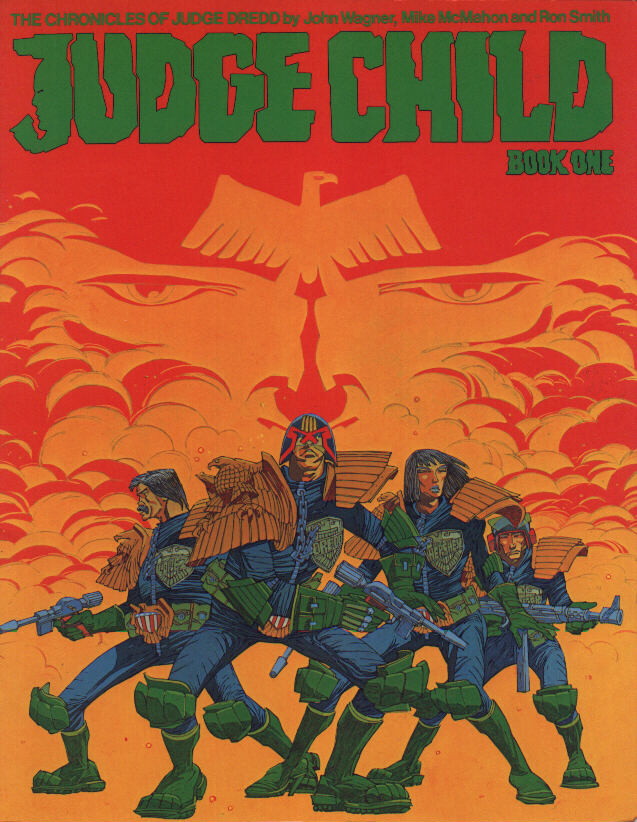 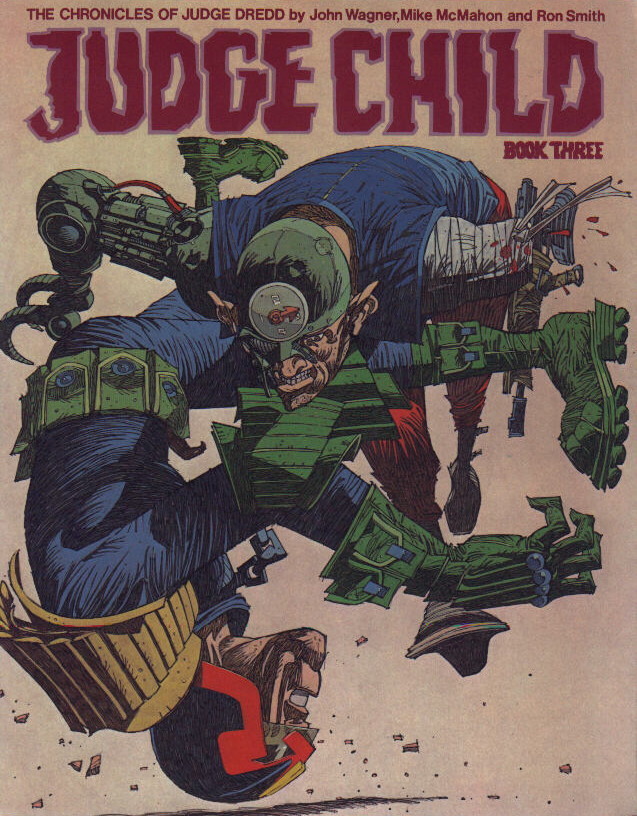 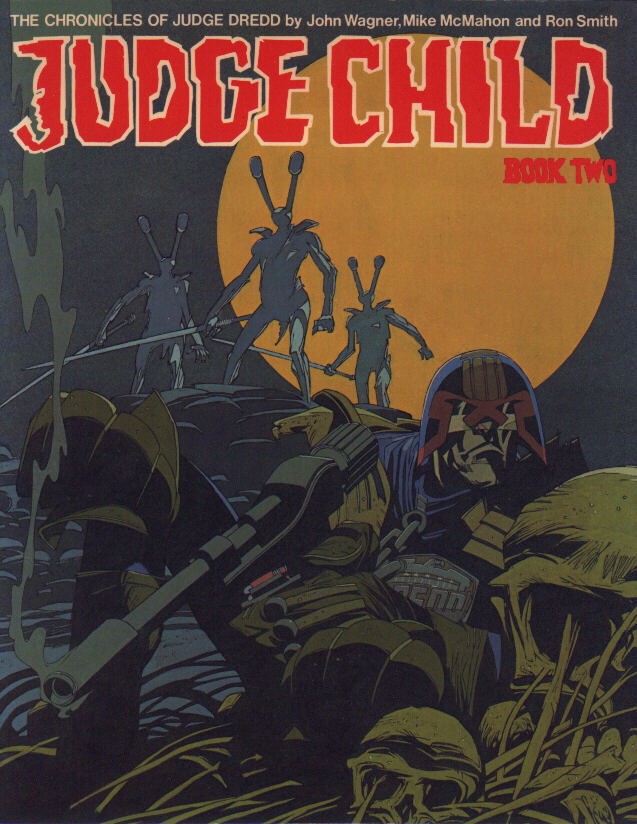 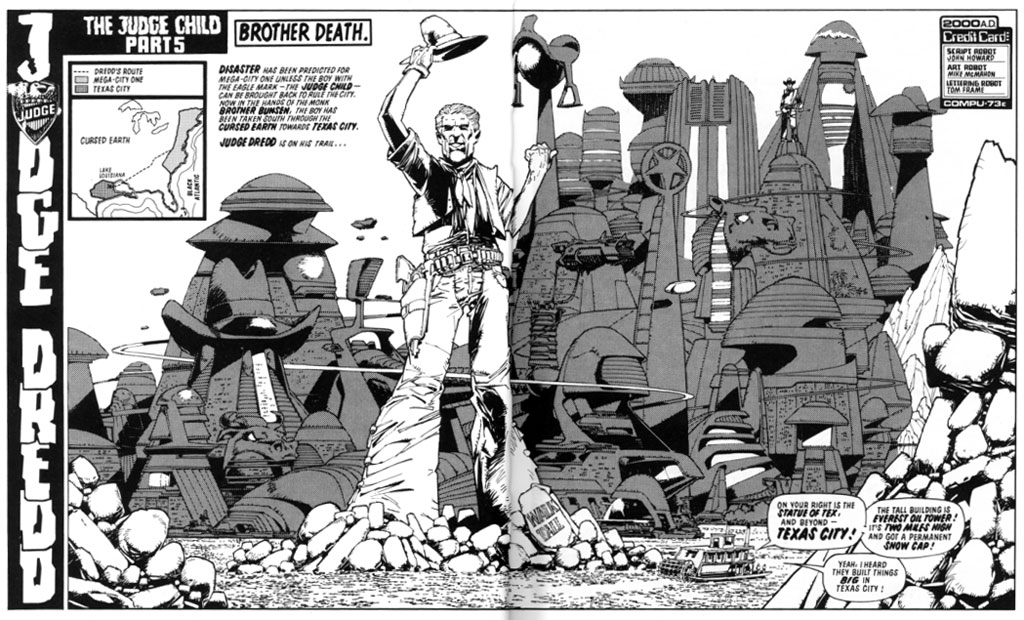 Now collected into a single volume, The Judge Child Quest occupied three books when originally reprinted. It’s a sprawling series of short chapters that occasionally appear to completely disregard their place as segments of a bigger picture, but compensate with their wildly inventive concepts. Writer John Wagner’s use of the word quest in the title indicates the theme. Every notable quest incorporates diversions and dead ends.

The plot is propelled by the dying vision of a Psi-Judge who foresees a terrible war in Mega-City One’s future. A child with a distinctive eagle-shaped birthmark on his forehead named Owen Krysler needs to be located, as the only way of averting the crisis will be if he rules the city. Christened the Judge Child due to his distinctive birthmark, Dredd is given the task of retrieving Krysler and sets off into the Cursed Earth, but soon finds himself journeying through space to various colonised planets tracking the Angel Gang.

In a story that also introduces Judge Hershey to the Dredd mythos, it’s the Angel Gang who’re the most memorable creations. Initially only seen in the distance during episodes drawn by Ron Smith, it’s left to Mike McMahon to reveal them in all their weatherbeaten and malevolent glory, with Mean Machine a particularly inspired creation, a psychopathic thug with a dial on his forehead controlling the level of his rage. McMahon also delivers a spectacular chapter starring Buggo the Caveman, which is immediately followed by Brian Bolland’s most disturbing Dredd story, about a disease causing the body to disappear chunks at a time.

It’s Ron Smith, though, who delivers fully half the total artwork, equally at home depicting garbage King Faro with his delusions of an ancient Egyptian-style society, an alien salesman who shrinks his victims or a planet delivering war as televised entertainment.

The story abounds with distinctive small touches such as Dredd’s dislike of a Judge Lopez for his moustache. Despite being permitted by regulations, to Dredd personal adornment indicates a character not entirely focussed on upholding the law. Towards the end of the story Dredd begins to interact with Krysler, leading to a surprising conclusion following an old western style shootout.

While some would argue that the diversions taint the Judge Child Quest, with Wagner (later in tandem with Alan Grant), Bolland, McMahon and Smith firing on all cylinders it’s top-notch. Later Dredd epics would have a more linear structure, but in over 25 years since publication none have matched the wealth of ideas thrown out here.