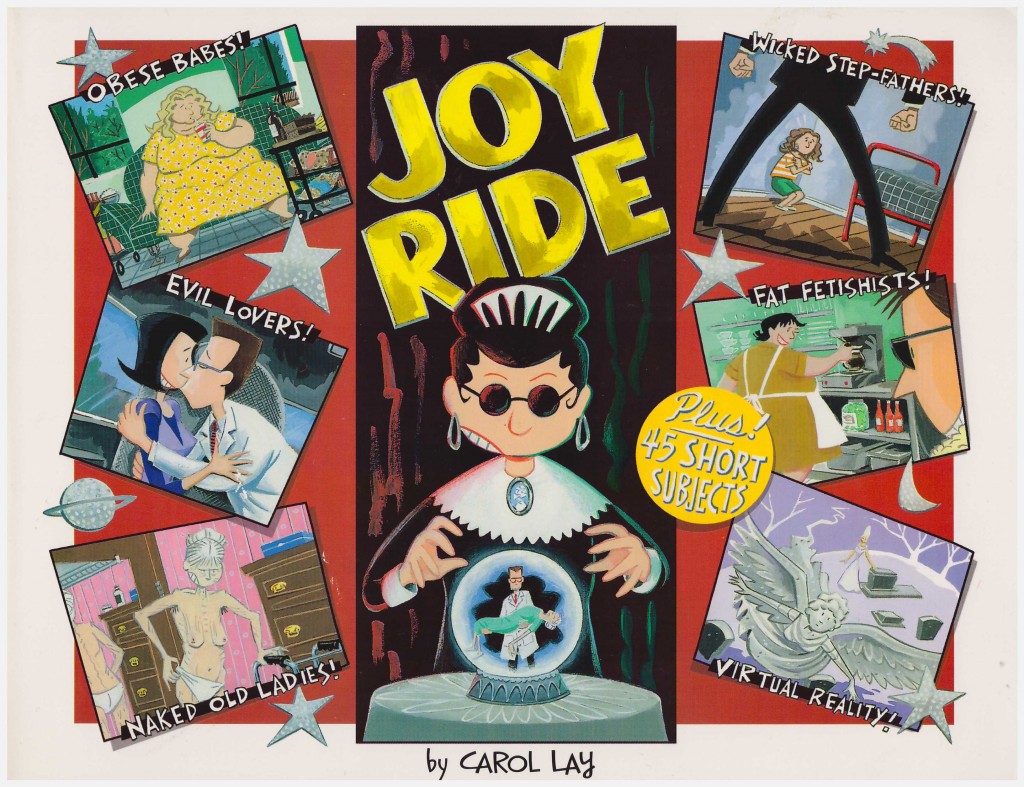 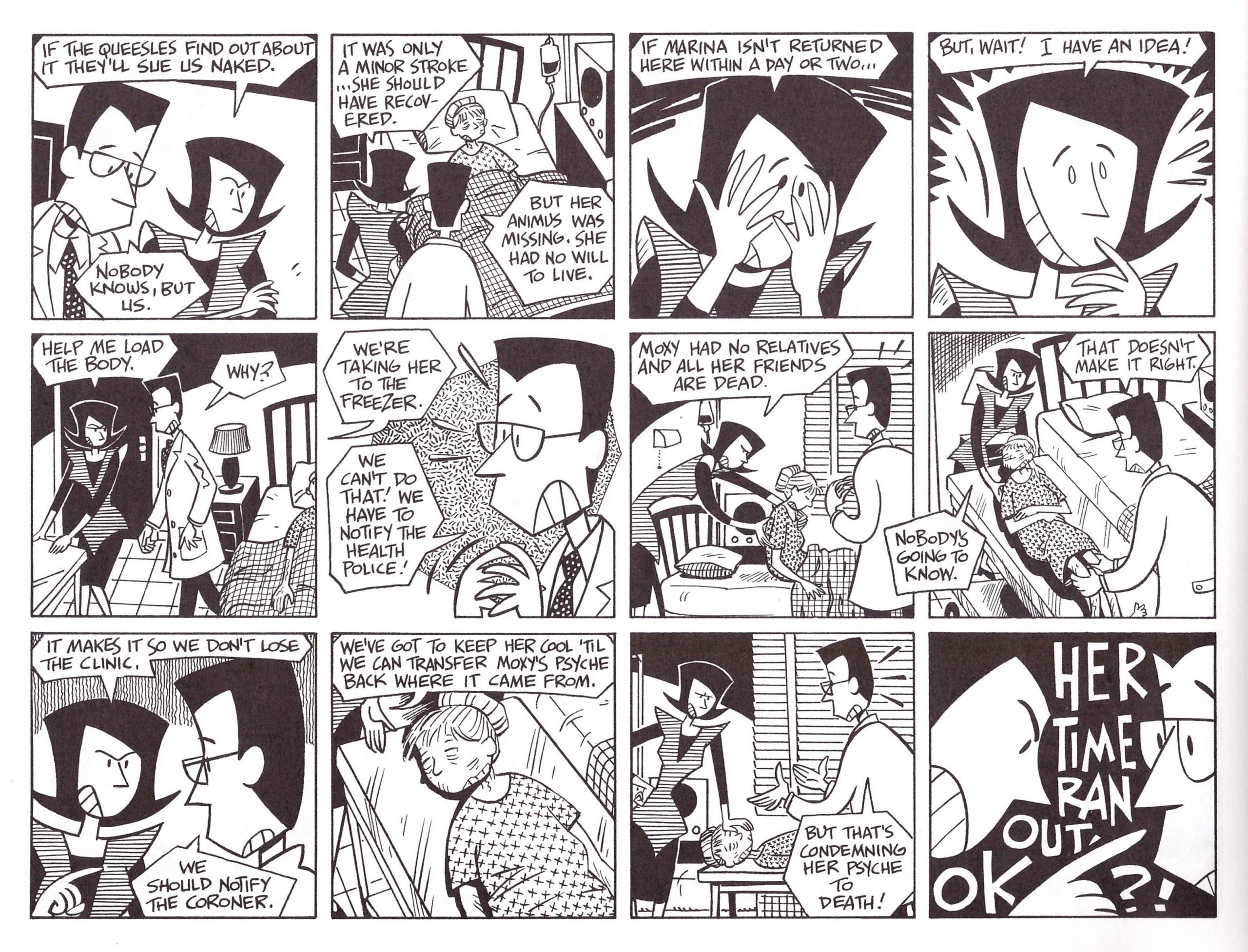 Long before she published the somewhat hectoring How I Changed my Fattitude, Carol Lay covered some of the issues in fictional form here. ‘Joy Ride’ is set in roughly 2040, when a pop star named Moxy, known for her conical breast coverings, is now 86. Always a determined individual, the technology of the era allows her mind to be transplanted, and, having lost her fortune, she’s employed by a fat farm. Her will power allied to the client’s body allows a dieting regime that the weaker willed clients cannot achieve alone. Both intellects co-exist within the client’s mind, and can communicate. Her latest client, Marina Queesle, is seventeen years old, and 438 pounds. Knowing she’s old and likely to die, Moxy plans to remain within Marina’s body, but her employers are fully aware she’ll attempt this.

Marina/Moxy escapes confinement, and as the story unfolds so does Marina’s past, and Moxy helps her overcome her fears. The intervention of medium Madame Asgar, who sometimes features in Lay’s other material, is instrumental, and there’s a happy ending of sorts for both Marina and Moxy. It’s a charming story well told covering some sordid material, yet in a subtle fashion, and, like all Lay’s output, the cartooning is brilliant. It’s easy on the eye, expressive and tells the story without any confusion.

The earliest Story Minute strips were first collected in Now Endsville, and later material features in Strip Joint and Illiterature. The strips reprinted here date from 1993 and 1994, and by this time Lay had settled into her groove. They’re stunning work; brilliantly drawn, endlessly imaginative and while ostensibly capricious and amusing they often have a point to make besides.