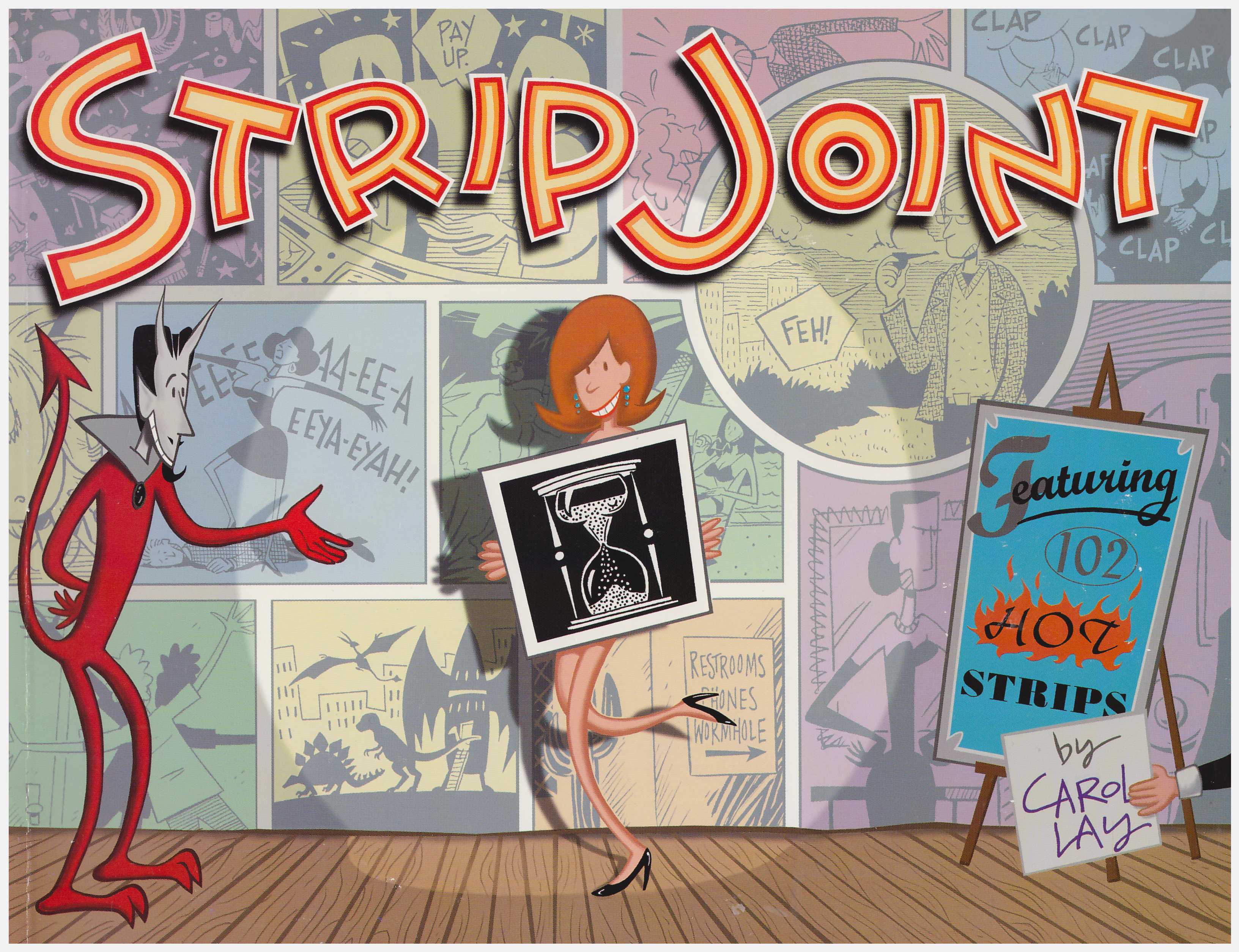 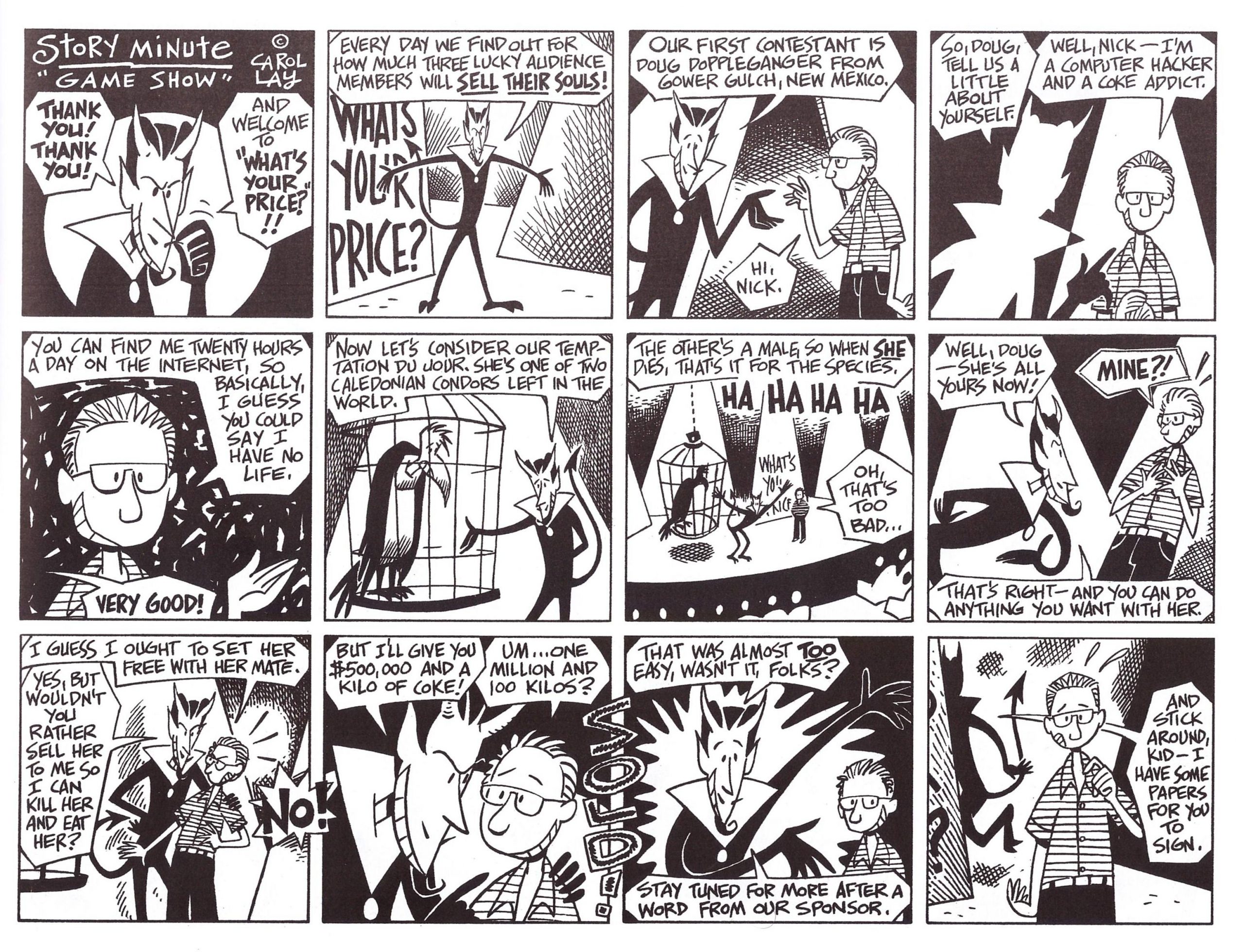 An inventive back cover tag line notes “In Strip Joint Carol Lay might not take anything off, but she takes everything on.” It’s a fair summation of her polymath approach to strip creation.

The strips collected here originally saw print in weekly newspapers across the USA It’s an astonishing enough achievement that week after week Lay was able to conceive a story then contract it down to twelve panels. That it’s also brilliantly drawn, either funny or emotionally touching (and sometimes both) and astonishingly inventive week after week after week is almost beyond belief. There’s not a poor strip here, and only very rarely does a setting extend beyond a single strip.

Opening the book up at three random spreads offers the following: An NRA satire in which they outfit deer in bullet-proof vests in order to demand armour-piercing ordinance; a town terrorised by a sharp-tongued critic; the dinosaurs returning from space to put us right; a couple who decide not to have children individually making a compromise; a shadow developing a life of its own, and a life of rivalry. The longest sequence is five stories set in the Land of the Lost, where it’s not only objects that can be located, and a strip called ‘Repeat Performance’ does in twelve panels what Eternal Sunshine of the Spotless Mind extended to ninety minutes.

Lay does have a couple of recurring characters. The devil turns up in search of souls, and Lay’s view of humanity is that most have a distressingly low threshold for moral compromise, but against this she supplies the blind fortune teller Madame Asgar whose virtue is beyond temptation. There are viewpoints here, generally with a caring liberal and ecological basis, but the most consistent viewpoint is about human behaviour, with two strips about being God for a day summarising perfectly. Both end with the status quo restored. Over the book Lay’s view is that we are what we are, and the sooner we learn some tolerance, the better.

Lay’s cartooning is brilliant, charming and expressive. Any initial concerns about her characters all having huge overbites evaporate almost instantly as you’re drawn into her hyper-imaginative world of delights. Those enjoying this should also check out her other collections Illiterature, Joy Ride and Now, Endsville. 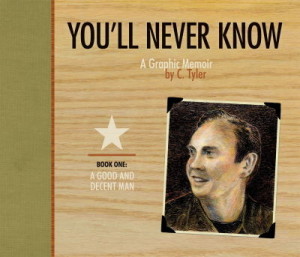 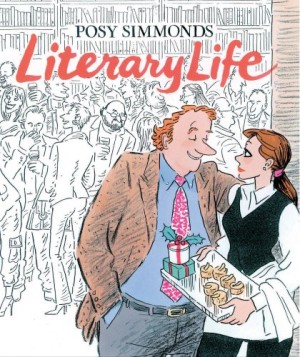