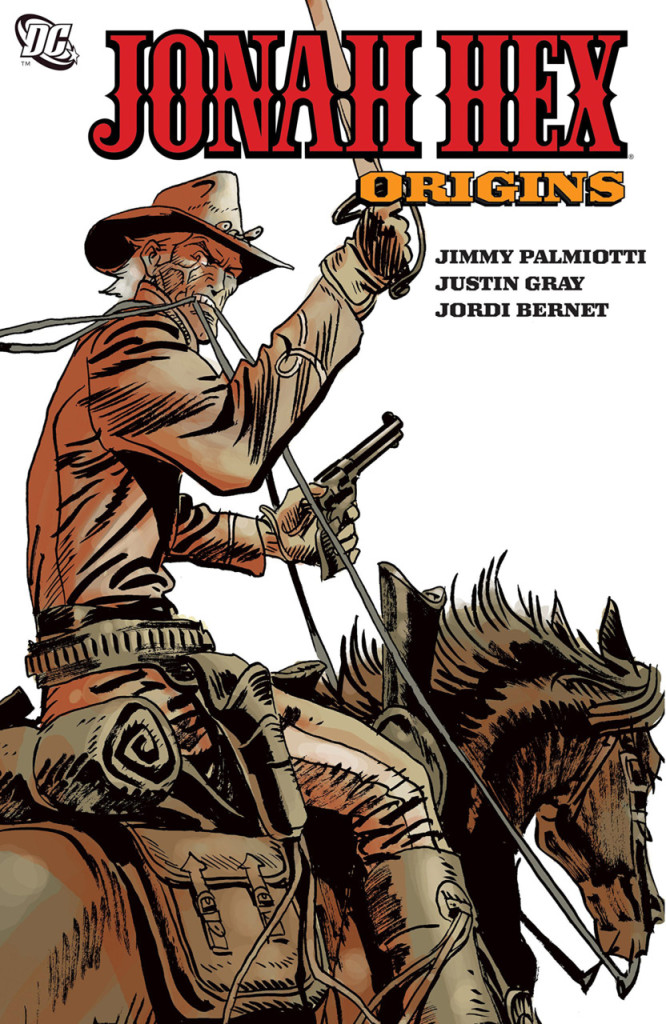 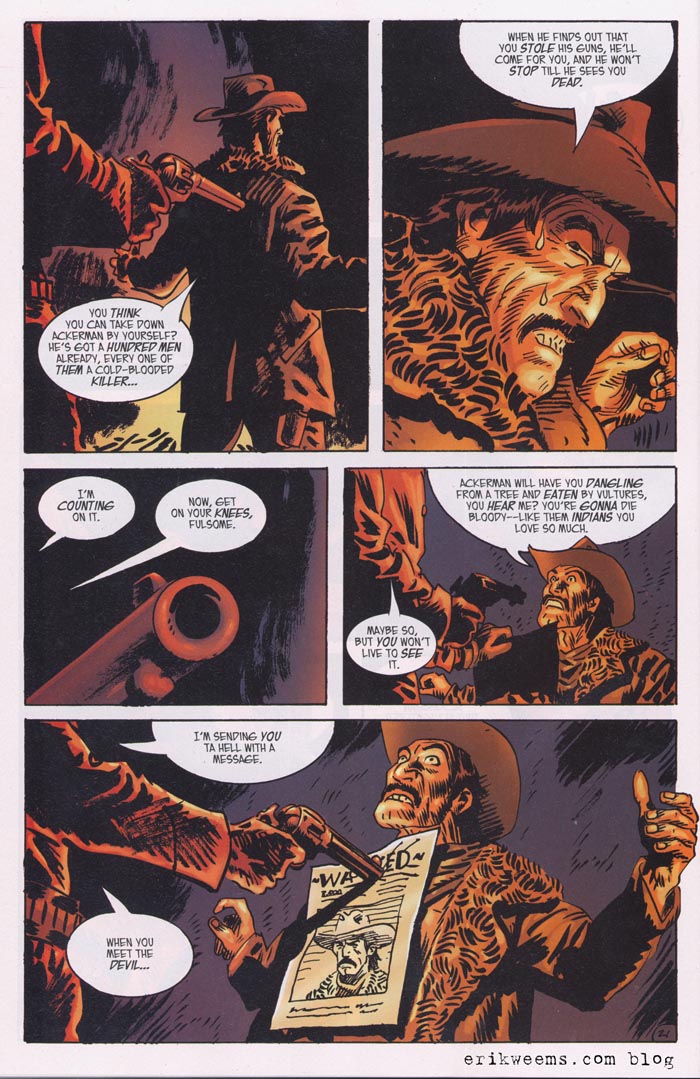 Origins marks a couple of firsts for this series of Jonah Hex. It’s the introduction of Jordi Bernet, the artist who’d go on to illustrate more stories than anyone else in this series, and Bernet makes his début on the first tale to extend over a single chapter. It starts in 1868 with the memory of the American Civil War still fresh, then moves back to the war itself as Hex’s past comes under the spotlight, then back further still to Hex’s youth with a drunken and abusive father.

It’s a brutal tale in every respect and in every period of the twenty years it covers. Justin Gray and Jimmy Palmiotti flesh out elements originating in Michael Fleisher’s 1970s Jonah Hex stories, weaving their own episodes around them. By the conclusion the wonder is not how Jonah became the violent and self-serving man that he is, but that he’s able to show restraint at any point.

Bernet is ideally suited to the material. His reputation in Europe is immense, and the wider  popularity of different genres there meant he was no stranger to Westerns, among other strips having worked on the acclaimed Italian series Tex. There can be a minimalism about Bernet’s stylised cartooning, but for Jonah Hex his pages provide a fully realised wider world in his loose approach. Coupled with an expert’s storytelling skills he brings Hex to life in a manner that not even his artistic creator Tony DeZuniga managed in this series.

Gray and Palmiotti move directly from one origin story to another, this over two parts. They freely use the foundations of DC’s world, but over the course of this series pay their dues by concocting new characters to enrich DC’s West. Phil Noto’s art impressed in the previous Guns of Vengeance, and he’s back for the making of Tallulah Black, created as a scarred female equivalent to Hex with an origin every bit as harrowing. It’s laced with black humour as Hex teaches her the crafts of staying alive in his trade, and seemingly his way with a pithy one-liner: “Far as last words go yo’re not impressin’ me”. It’s bookended by enigmatic sequences with a stoic young girl. Make of them what you will.

Val Semeiks, also good in the previous book, returns for the final story, concerning a typically unwholesome bunch of predators, and a rare apology from Hex. Hold on to that. There probably isn’t another in the series, which continues with Only the Good Die Young.