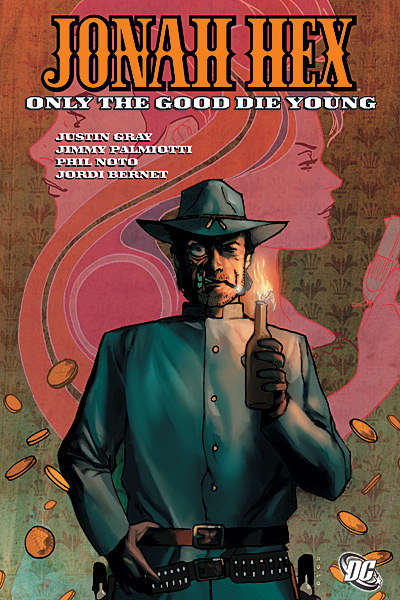 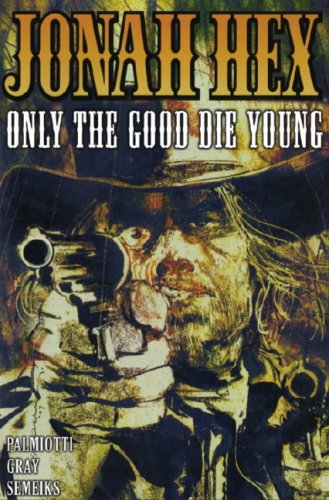 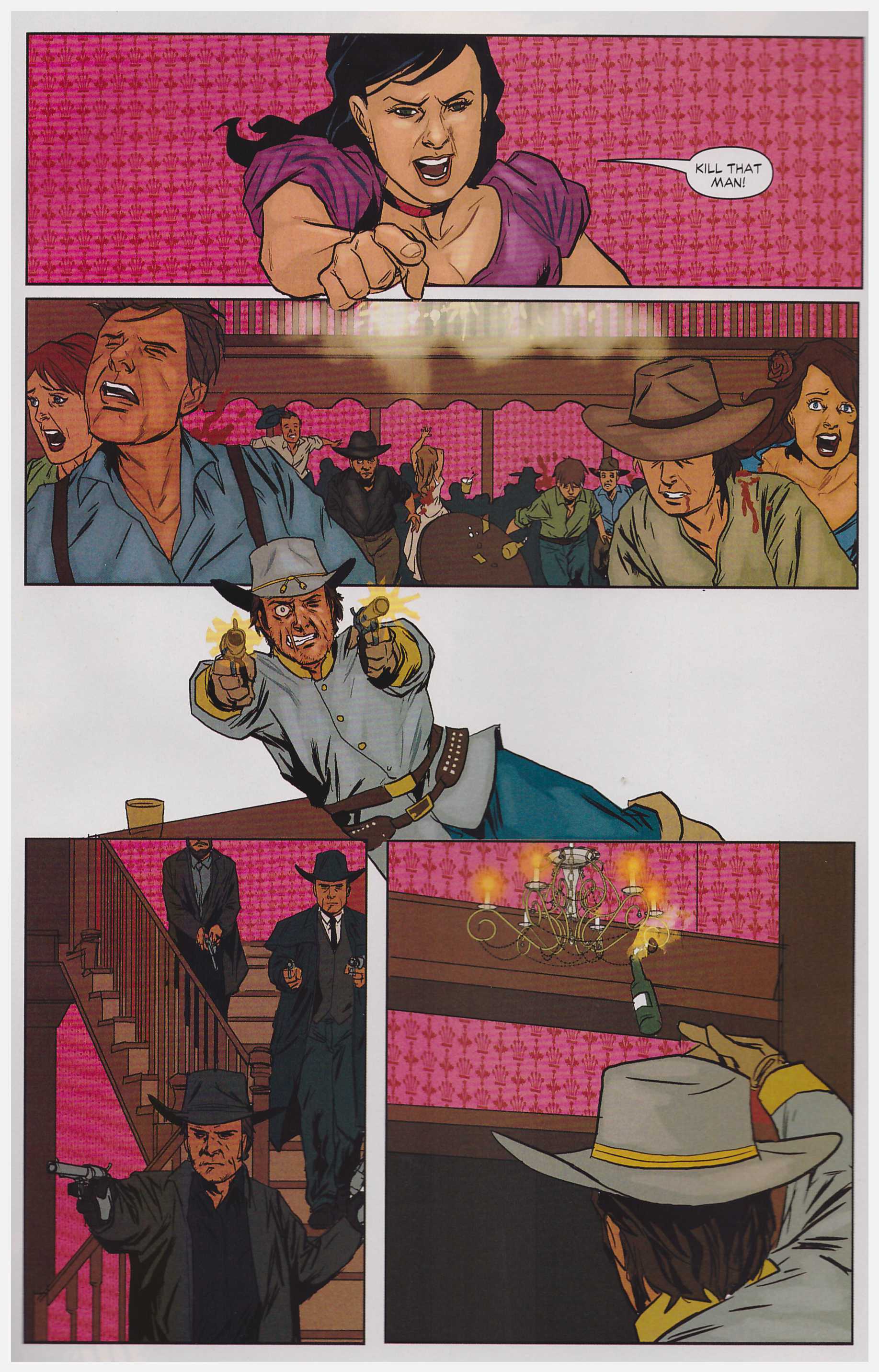 Justin Gray and Jimmy Palmiotti’s opening tale is iconic Jonah Hex. Anyone wanting to know why the scar-faced bounty hunter was considered good enough for a movie need only consult here. He settles two cases, takes an arrogant businessman down a peg, fires off some great quips and insults (“Ah’m goin ta get a drink. Send your man down when your story has concluded”) and underlines his philosophies of life. Unfortunately artist Phil Noto (sample page), very good when previously illustrating Hex, appears rushed for time from the halfway point of the opening tale, and his backgrounds become more spartan and his scenes less populated. Compare the detailed Hex on the fourth page with an equivalent on page sixteen. The later image works, but lacks the finesse of earlier pages.

That story has an immediate sequel that occurs several months later, and there’s a consistency to both Noto’s art and the writers’ provision of some old fashioned Western justice. By Noto’s series swansong, a meeting between Hex and Thomas Edison, he’s back to looking rushed and the art is stiff. Also, for a story concerning the brightness of the future, Noto colouring everything in shades of brown, often dull, is both obvious and unattractive.

Jordi Bernet is far more consistent. When he’s drawing first class draftsmanship and fast moving action are the order of the day, and his first story here has Jonah with competition for the job of spirit of vengeance in very nasty tale of several miscreants meeting their end in exactly the way they deserve. No twists, no surprises, just unrelenting slaughter. It’s excellent. Bernet’s second tale begins with Jonah seeming to be trapped without hope, moves to explaining how that occurred, and is the single tale in the book with a narrative voice. Jonah is commissioned to guide some Chicago newspaper reporters preparing a story on the relocation of the Apache nation, and savage and resolutely unfair frontier justice plays a part. Excellent again.

David Michael Beck returns for the final tale, one originally advertised as a Halloween special, for which Gray and Palmiotti return other DC Western characters Bat Lash and El Diablo. It involves a change of approach for Jonah, not one willingly undertaken, a villain who’ll be known to those conversant with the more obscure DC characters, and some very odd effects. It falls well short of potential due to Beck. He has trouble conveying depth, and his people are very stiff and formal. The pages look as if individuals have been drawn separately, then shopped into the panels awkwardly alongside each other. It’s the polar opposite of Bernet’s loose linework.

In total this is a patchy collection. Gray and Palmiotti hold their end up, as does Bernet, but Noto blows hot and cold and Beck is poor. Luck Runs Out is next, and better.