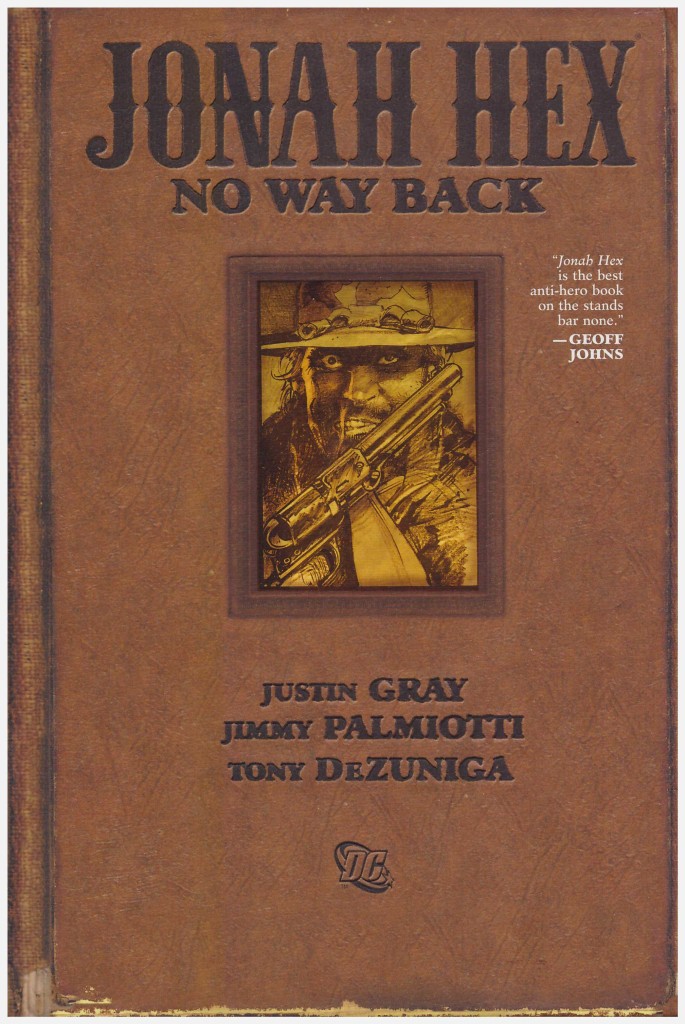 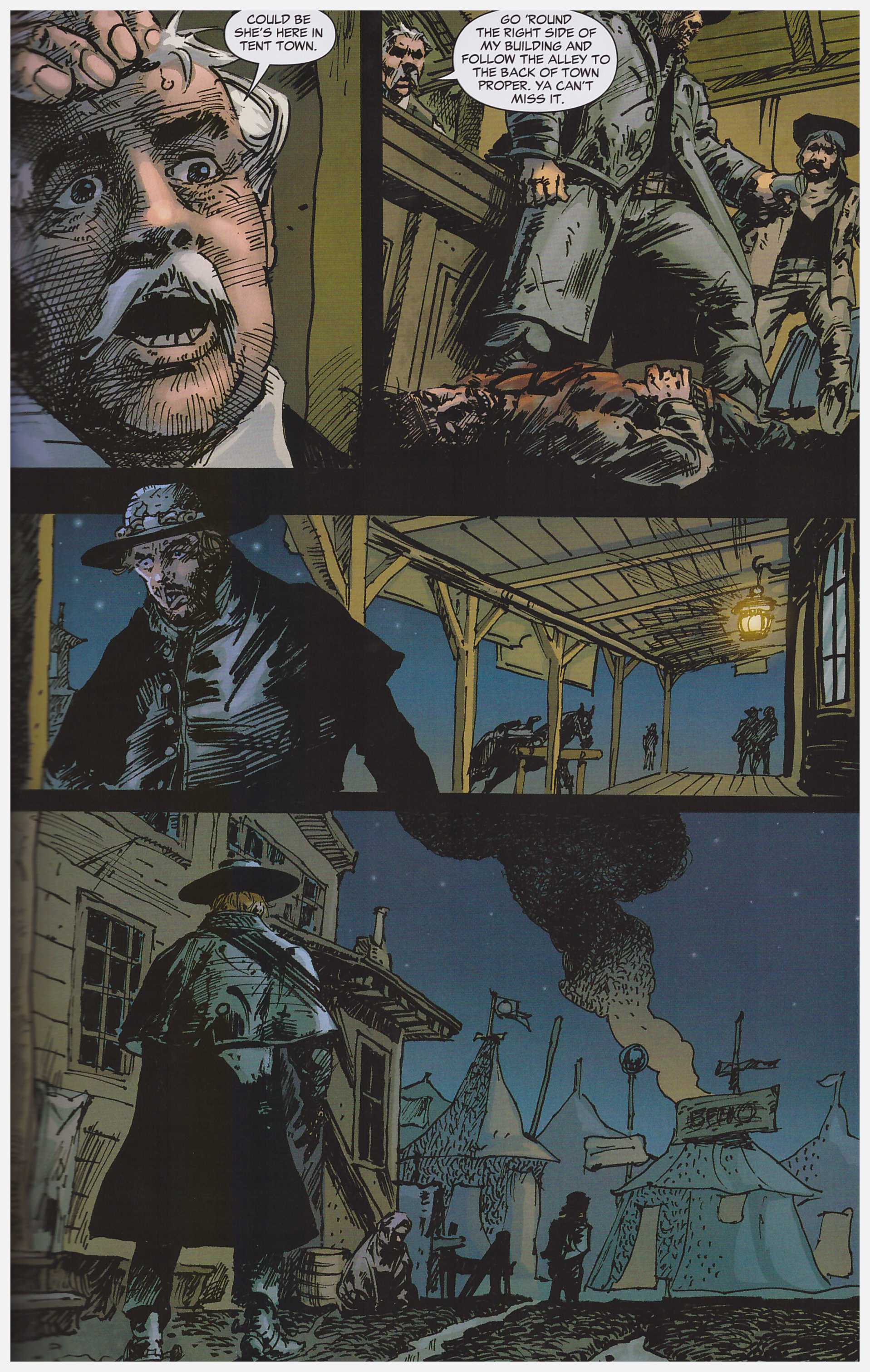 No Way Back was a standalone graphic novel released to coincide with 2010’s Jonah Hex movie, although is unrelated to that beyond the lead character being a horribly scarred bounty hunter with a surly personality. It was only ever issued in hardcover, and the design is eye-catching, with debossed lettering and the look of an old journal that’s seen better days. It’s perhaps a metaphor for Jonah himself.

Seeing as he designed Jonah Hex, and drew many issues of his 1970s run extremely well, it would be nice to report that it’s a real treat to see Tony DeZuniga illustrating the feature once again. Sadly, almost forty years after drawing Jonah’s first appearance in 1972, DeZuniga’s work is very shaky in places, and in 2010 he was no longer the artist he once was. The occasional page or panel recalls former glories, but they’re the exceptions. He’s still good enough to ensure Jonah and his world are grimy, and the old scratchiness to his lines is well suited, but this is combined with sloppy figures and features, and basic errors such as characters looking past those they’re talking to. It’s not vintage art.

Writing collaborators Justin Gray and Jimmy Palmiotti had been writing Jonah Hex for almost five years by No Way Back, presenting material that skimmed across his continuity as previously presented. They’ve dipped back into his childhood, the horrific formative years with an abusive father and a missing mother (see Origins), and noted his mother left because she could no longer tolerate the cruelty. Many years later Jonah is handed a wanted poster offering a bounty of $10,000 for his mother, accused of murder. It’s a fantastic opening plot hook, and several more surprises follow. Not the least of them is the connection between Jonah and Mexican bandit El Papagayo, a villain the writers have used sparingly to date.

For all the enticing plot elements, No Way Back doesn’t hang together well. The story meanders, a two-fisted preacher central to affairs never really convinces, and the fine line between Jonah being cool and dropping into cliché is breached. This isn’t helped by the art not always clarifying what’s taking place. Even Jonah’s cynical dialogue, usually so well presented by the writers, lacks sparkle, although the likes of “I would like to point out we have a warm hot spring in town should you choose to bathe” raises the intended smile. It’s also an indicator of what seems a rushed job all round. Do cold hot springs exist?

No Way Back is an acceptable Western, but almost any Jonah Hex collection is better.