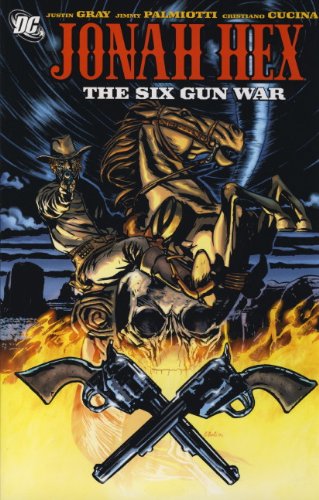 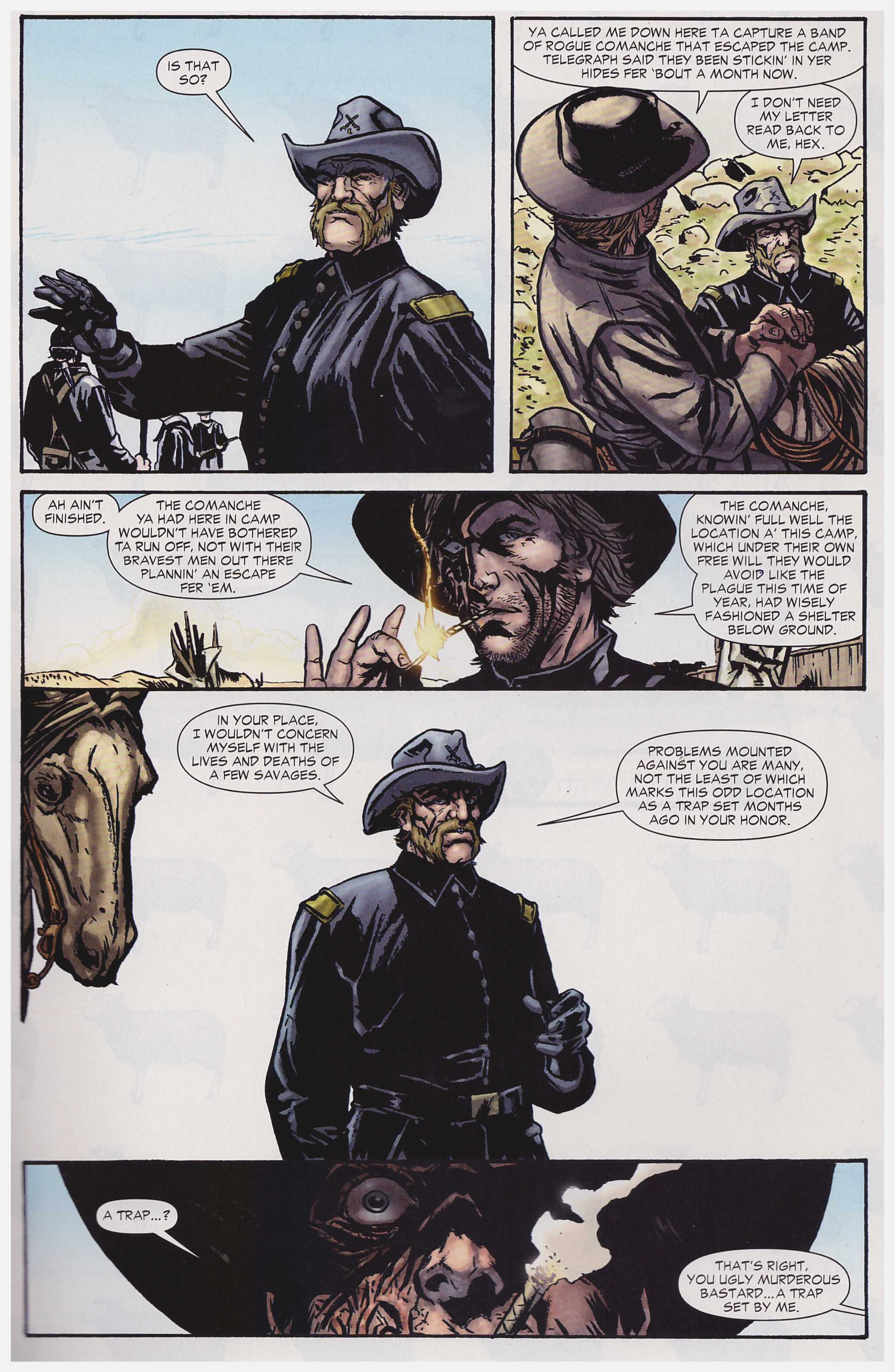 The Six Gun War is unique among this series of Jonah Hex graphic novels with its six successive chapters forming a complete and very satisfying single story.

It’s also very much old home week as Justin Gray and Jimmy Palmiotti reintroduce several characters from Jonah Hex’s 1970s run until now not seen in this series, and many of DC’s other Western heroes. These have been used sparingly to date, with one pairing and one individual appearance for El Diablo and Bat Lash, and accompanying them is Tallulah Black, personally trained by Jonah to enable her revenge as seen in Origins.

The threat requiring such an alliance is the lethal Mexican bandit El Papagayo, pretty well the only target to survive Jonah’s guns, joining forces with Colonel Turnbull, who blames Jonah for the death of his son during the Civil War. This isn’t the case (and what is the case is revealed), but like some proto-Donald Trump, Turnbull is an immensely wealthy, straight speaking man who isn’t about to let the truth interfere with a core belief. Or as Jonah would have it “He’s a peculiar man, but ah reckon ‘soon to be deceased’ would best describe his situation”.

Pretty well every Hex story Gray and Palmiotti wrote was good, but only the standalone graphic novel No Way Back matches this for page count on a single tale. They’d already proved themselves again and again with the pithy single chapter of vengeance or bounty, but Six Gun War proves a talent for the epic. It shifts gears several times, introduces further novel twists and a larger cast enables battles the scale of which aren’t generally seen in Jonah Hex. To this can be added the convincing dialogue. The writers have long mastered Jonah’s surly insults, yet the contrasting but equally ornate speech patterns of Tallulah Black and Bat Lash also register as voices in the head, as does the sadistically chortling El Papagayo.

Raising the level of excitement is the excellent art of Cristiano Cucina, who creates a wonderful evocative Western panorama, a convincingly lived in and upon cast and an existence of dirt and grime where nature is king. A problem with some artists’ work on the series is that it’s been too clean and polished, failing to convey a world where vacating the bowels required perching over a hole in the ground and the bath was far from an everyday occurrence. Cucina’s characters are as dirty as their dialogue.

Turning points evolve from elements introduced previously in the series, but are explained along the way, and a famous scene from Indiana Jones is reworked to good effect in a brilliant middle eight of Hex alone against the world. Everything works to a satisfactory conclusion ensuring those that need to can appear in the next book Counting Corpses.

Why the Jonah Hex movie turned out as ordinary as it did when there was work of this quality that could have been adapted is a mystery to ponder.