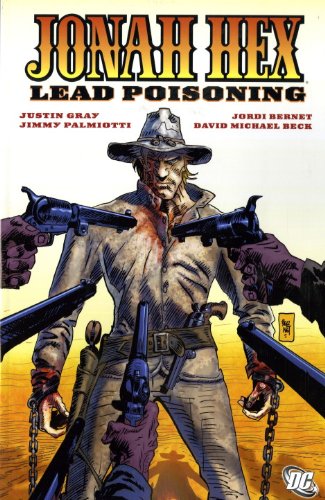 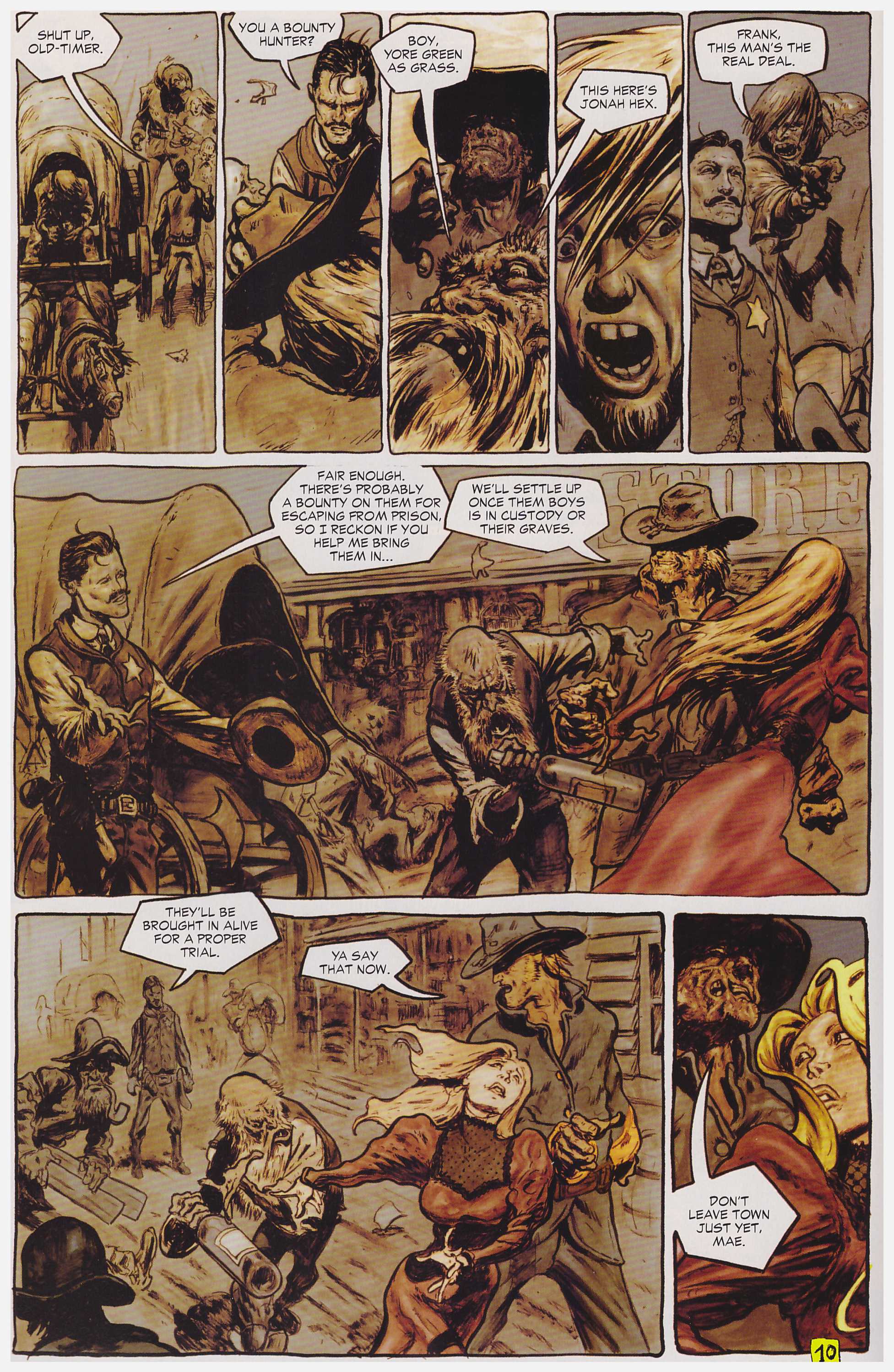 As ever with these collections of Justin Gray and Jimmy Palmiotti’s Jonah Hex, Lead Poisoning is six chapters of dubious morality, hellbent retribution and sharp dialogue. They combine in one glorious sentence as “Ah’m takin’ measurable satisfaction from this moment and the ones what will follow until yore no longer among the livin’”.

For the first time in several volumes no new artists are added to the Jonah Hex canon. Three stories are graced by the reliable draughtsmanship of Jordi Bernet, we have a two chapter serial by David Michael Beck, and the single contribution from Rafa Garres.

As previously, Garres (sample art) is frustrating. The talent is on display, and at his best there’s a hint of Richard Corben, but he contorts his grizzled people to the point where there’s the puzzling consideration of whether or not they’re displaying the results of previous injury. His pages are packed with superfluous detail that frequently renders it difficult to ascertain exactly what’s occurring within a panel and these are overlaid with a brown or sepia wash. It creates a gloomy twilight past, better experienced here than in the original comics where the mood was destroyed by brightly coloured ads for DC’s superhero titles.

Beck’s contribution is illustrating a tale combining two primal fears, that of what we now consider to be primitive surgery and the more modern sadistic serial killer. As with his previous work on the series, the art is a very mannered figurative style, which distracts from an efficiently skin crawling script from Gray and Palmiotti. It reintroduces a character who’ll have a part to play in the following Six Gun War, but overplays the dream sequences.

The material illustrated by Bernet is the best on display. Even within a broad cartoon approach he has a real handle on how to bring a personality to life. There’s a greater than usual requirement for that in the opener as Jonah is one of several people interested in a large sum of money heading toward town by stagecoach. Following that he’s very much the passive listener to a tale of his past exploits and how that affected a family relationship, touching back on a story found in Luck Runs Out. The first is uncharacteristically light, the second edging definitively back into the dark, but both provide the full dose of entertainment.

It’s the finale that’s the best Hex offering, opening with Jonah having been placed in a life threatening situation, then immediately seeing how in the past he’s been taught to overcome those circumstances. That, though, is but the window dressing, as this is the first definitive look at Jonah’s mother and the circumstances that shaped him while causing her to leave the household. There’s even a good twist involved. It’s cruel, it’s disturbing and it’s first rate. Another series highlight.