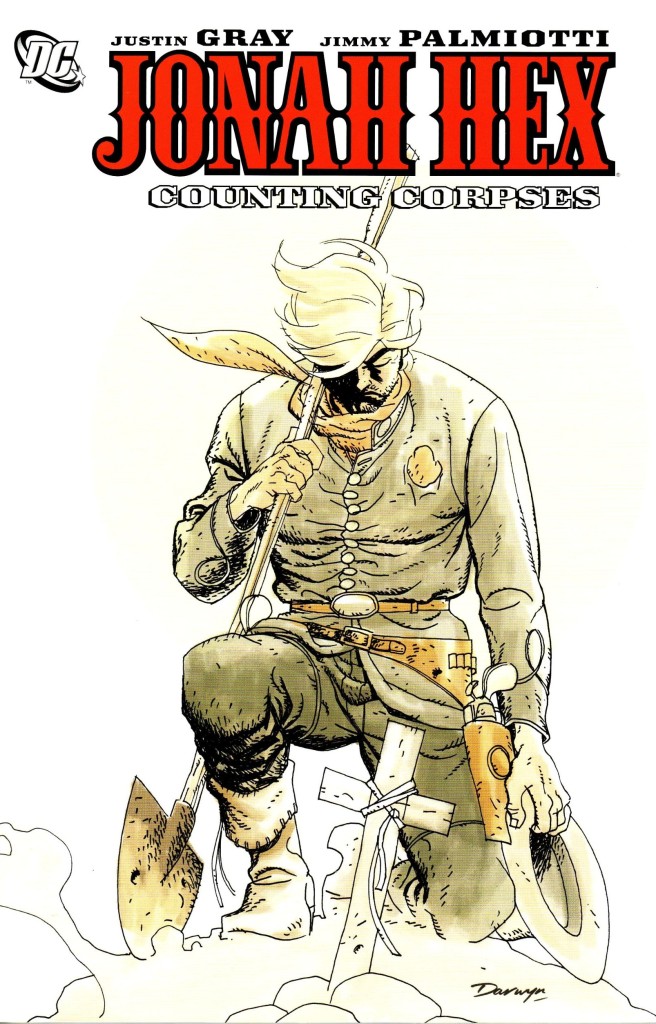 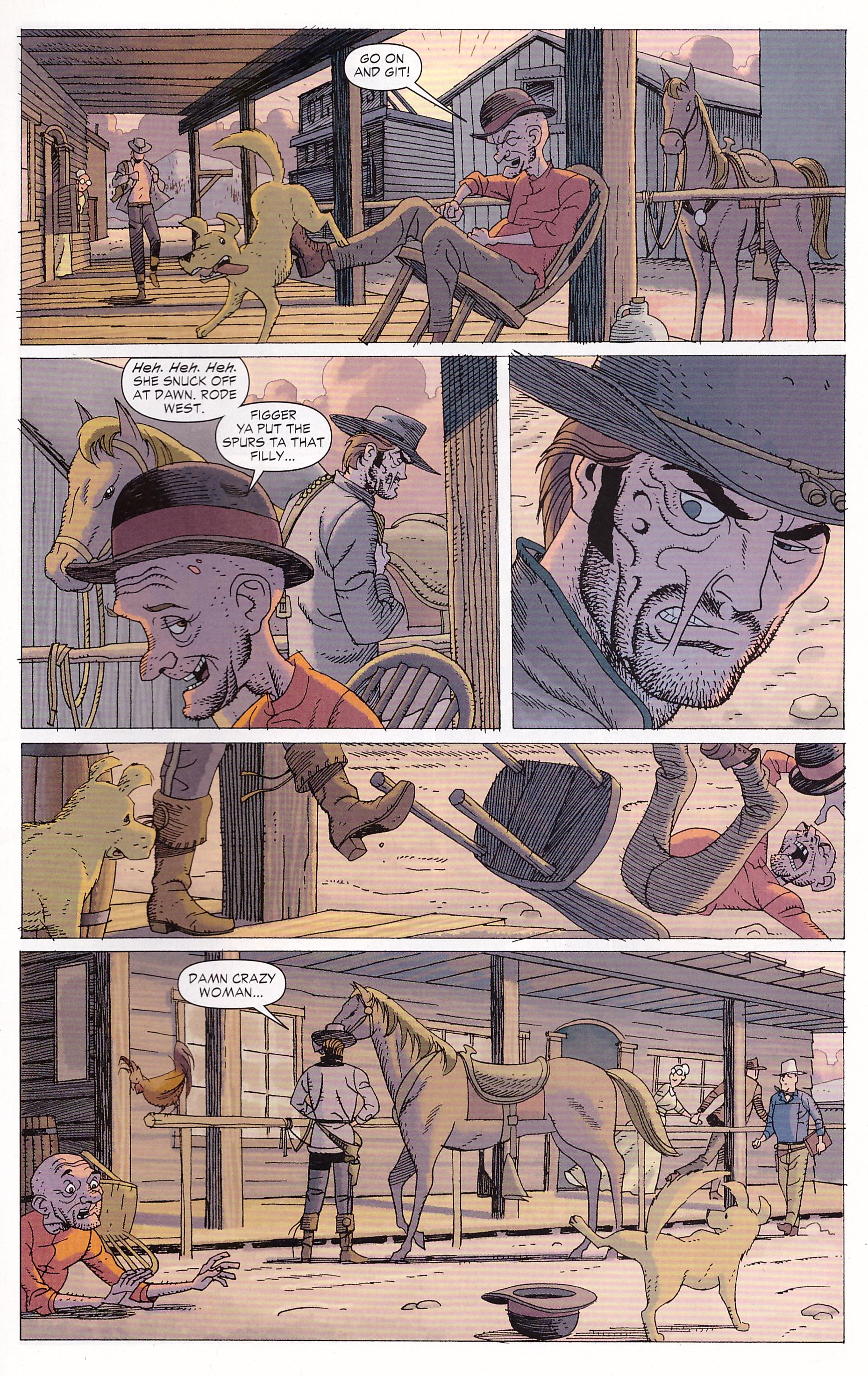 After the full serialised graphic novel of The Six Gun War, Counting Corpses returns to the regular format of six individual stories about the most feared and deadly bounty hunter of the post Civil War era. It features one of the finest stories of the entire series and a worthwhile accompanying line-up by some fine artists.

Paul Gulacy illustrates the opener, depicting Jonah, or his good side at least, as Clint Eastwood as other artists have done during the series. This is a tale of two halves, the dialogue free first portion a return to grindhouse style horror from writers Justin Gray and Jimmy Palmiotti, as the victims turn on their oppressors in gruesome fashion. The closing section could almost be unconnected, but is by the merest thread and works equally well as a deal is struck.

That’s good, but the standout contribution is from Darwyn Cooke, this time using a more conventional cartoon style than he applied in Bullets Don’t Lie, and the writers even supply a few cartoon gags (see sample art). This, however, isn’t a funny story, it’s a tragedy, and given the human nature of events ranks as the most horrific tale in the series to date. It’s superb, and worth the price of the book alone. The remaining material is mixed, but never falls below professional and entertaining.

The seven deadly sins have provided Gray and Palmiotti with a strong selection of emotional pegs on which to hang their stories, and that continues in Counting Corpses, as lust and avarice combine as themes for ‘The Divining Rod’. Drawn by an elderly Dick Giordano there’s some shaky figurework, and the montage page doesn’t really work, which is a pity as it’s a writhing plot, high on deceit and deception.

There couldn’t be a greater contrast between the instinctive draughtsmanship of Jordi Bernet and the meticulous figurative painted look adopted by Billy Tucci’s opening pages, yet both work in convincing with Jonah’s world. Tucci’s in experimental mode, switching from the painted style to something approaching turn of the 20th century engraving in a plot that stretches the credulity a little with regard to Jonah’s methods. That it covers much the same ethical territory as the Giordano chapter also counts against it, and due to the similarities this would have been better bounced to another collection.

Bernet’s final tale revisits characters introduced earlier in the series, one who kills corrupt lawmen, the other a bundle of trouble. It’s back to the lighter side of Jonah Hex material, constructed with the precision of a sharp slapstick farce as a relatively straightforward bounty collection rapidly degenerates into a life threatening situation.

As is the case with any book in the series, the dialogue is a treat. “Y’re gonna have a hell of a time stabbin’ me in the back from down there, but I’ll keep an eye out for ya”, is cynically brilliant in context, but it’s matched several times over the course of the book. Tall Tales is up next. 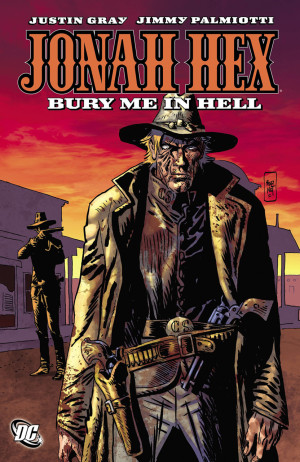 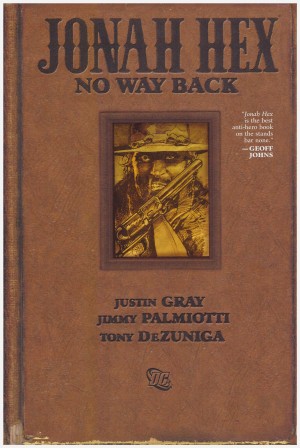