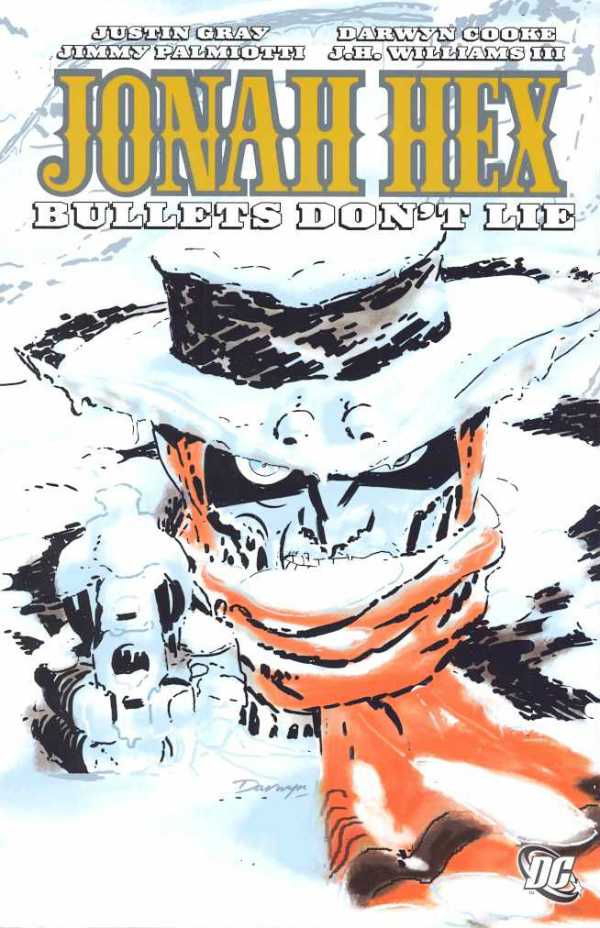 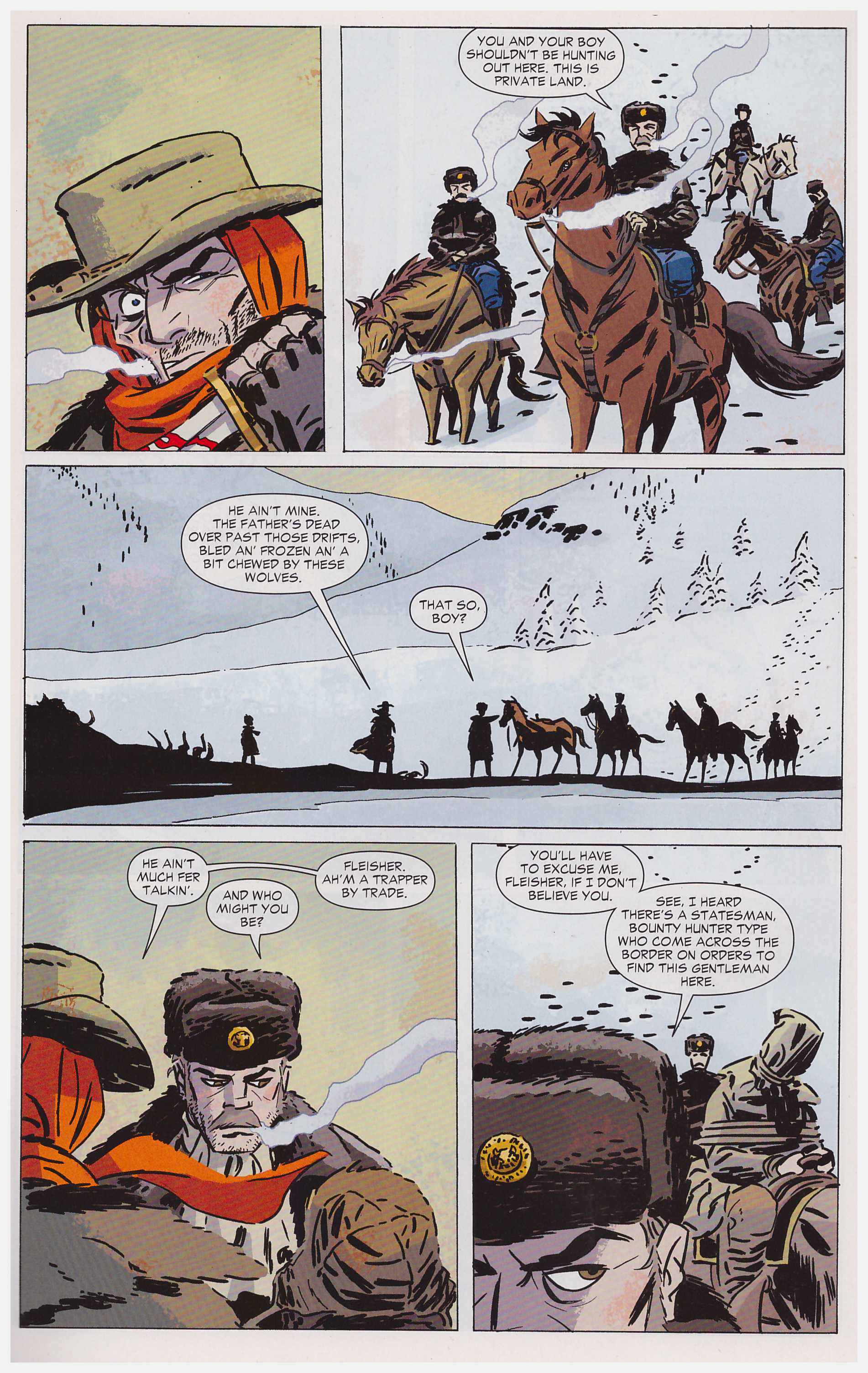 Of all the graphic novels collecting 21st century Jonah Hex material, this has the greatest variety of topics and artistic method, and is all the stronger for it. Jonah spends the Day of the Dead in Mexico, and a winter in Canada, is seen as both the angel of salvation and the essence of retribution, is present for the early days of the Ku Klux Klan, and even tries the quiet life.

There’s an even greater variety to the art. Over the first three tales we move from the figurative pseudo-realism of Paulo Siqueira to the impeccable cartooning of Jordi Bernet to Darwyn Cooke’s equally good cartooning, which could be seen as a halfway stage between the other two artists. We also have the decorative design led pages of J.H. Williams III and the twisted and tortured figures of Rafa Garres. Mark Sparacio’s also aiming for naturalism, but there’s a stiffness to his art, and emphasising characters with their mouths open wasn’t a good idea. His is the weakest illustration present, often poor, particularly given the rich cinematic metaphors supplied in Justin Gray and Jimmy Palmiotti’s script. Jonah forgoes his bounty hunting life and attempts to settle down alone, and miscreants who subsequently arrive in town are unaware of what they’re prodding and what they’re about to unleash.

Gray and Palmiotti switch their approach slightly for this material, with three of the six stories featuring a narrative voice, while the other three adopt the more usual system of a tale told via dialogue alone. The writers are on top form with that, offering several pithy retorts or statements even within their starkly serious offerings. “Ya got yer wife back and fer a man what looks like his momma took a pig ta bed, that ought ta be enough”, is one, and “there ain’t much of a view a’ the world from behind a desk” another.

Cooke’s tale is a real standout, with the narrative viewpoint that of a young mute boy, witness to incidents that both scar him and save his life in unimaginably harsh conditions, and which lead to a later career as writer. As the sample art shows, charged with illustrating his Canadian homeland in all its savage winter beauty, Cooke rises to the occasion, with snowstorms, breath that freezes on leaving the mouth, predators and prey, and Jonah as an implacable force of nature equal to his surroundings.

Williams extends a metaphor of Hex as a natural predator by connecting his panels with illustrations of an eagle swooping on a snake or a rat on the hunt, and the plot he’s given is one of several taking the unexpected turn, which is always for the good. Garres is a decent artist who supplies ugly looking pages, twisting his figures, burying them in detail so distracting its purpose is often unclear, then washing them in shades of brown. It could be said to reflect the deliberate ugliness of the story, which is very good in explaining a key element of Hex, but a similar style employed during a chapter of Luck Runs Out indicates this isn’t the case.

The following collection is Lead Poisoning.