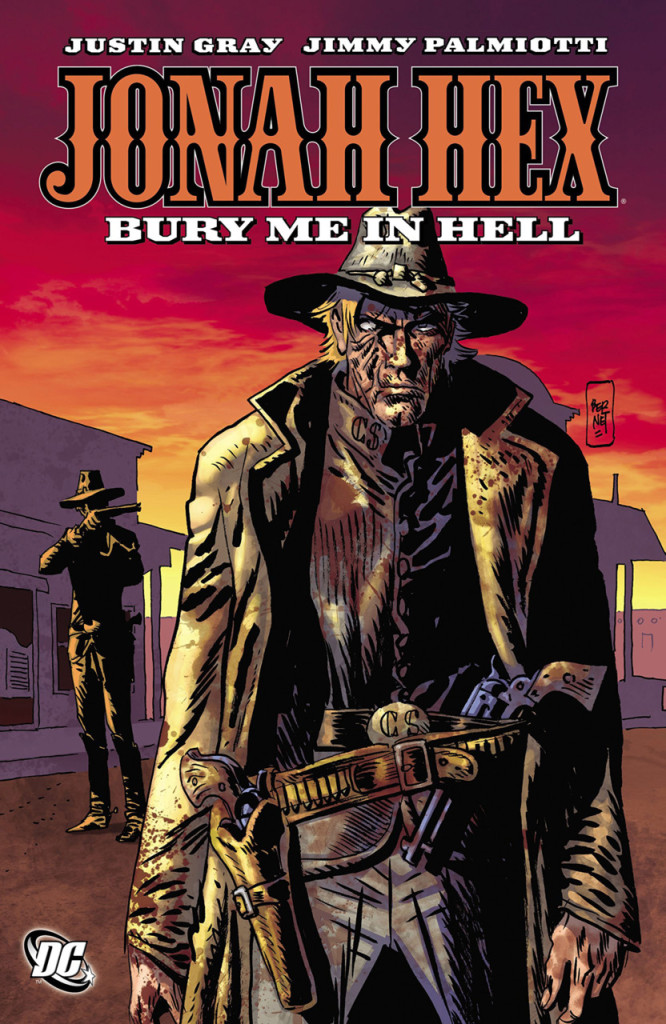 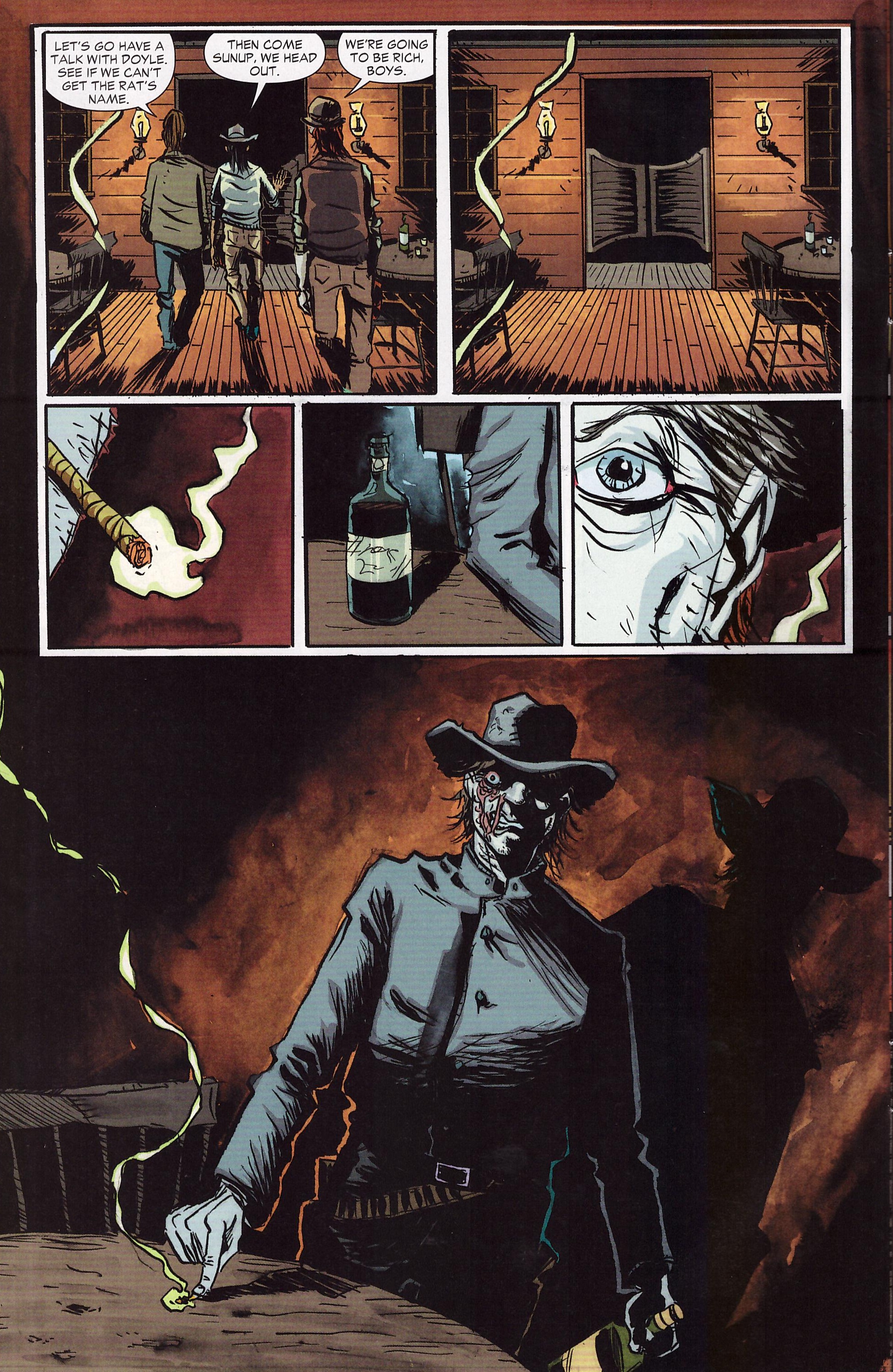 This final collection wraps up Jonah Hex’s 2006-2011 series with a bumper ten stories of the hideously scarred Western bounty hunter.

It opens with a glance at a period writers Justin Gray and Jimmy Palmiotti have so far avoided, that of Jonah’s relationship with and eventual marriage to Mei Ling. The agreement reached was that Jonah would hang up his guns and avoid trouble. That was never going to work out, and in one of four tales excellently drawn by Jordi Bernet we have Jonah as the compliant husband on honeymoon, yet with trouble seemingly unavoidable. It’s a broad farce with Mei Ling reworked as a veritable kung-fu dervish. She’s as nothing, though compared to Jonah’s righteous anger as a modern day horror intrudes into his world in the title story. Despite the strong emotional backdrop that isn’t Bernet’s best in this collection, which is a tale pitting Jonah against nature raw in tooth and claw. It’s simple, with a charmingly uncharacteristic conclusion.

The only other artist represented who’s previously worked on Jonah Hex is Rafa Garres, accompanied by the frustrations of that earlier work. There are distorted figures and crowded panels where it’s difficult to make out what’s going on, which is all the more pity for it being a good story in which Jonah turns around a very tricky situation.

None of the four new artists tackling Jonah are a poor fit, although at this early stage in her career the pages Fiona Staples produces are characterised by very stiff figures. She compensates with interesting layouts on a tale featuring desperate people in harsh conditions. Jeff Lemire brings his strength of depicting haggard looking people, the brutal lives they’ve led etched into their faces, and that includes a fantastic Jonah (see sample page). It’s on a brilliant tale packing quite the shock as a conversation draws a line under a lengthy and bitter relationship. Nelson’s work is good, but on an ordinary story.

“Lord only knows how an ornery cuss like me ever managed tuh live tuh be sixty six years old” is an early line in the final story. It’s 1904, the year in which Jonah Hex dies, and Gray and Palmiotti present a reckoning, a totting up of legend. It’s surprisingly spiritual and oddly reflective without ever losing an edge of darkness. Ryan Sook presents some gorgeous smudges and silhouettes among the visions, and Diego Olmos runs with the final reel. The one problem is that it’s not going to make a lot of sense to anyone who’s not read particular stories among the preceding volumes, most prominently the Darwyn Cooke masterpiece in Counting Corpses. There are no concessions and no refunds.

For some the worldview constantly reinforced in Jonah Hex was too bleak and sordid, yet apart from some deliberate detours into slasher horror it’s a series that doesn’t appear to exaggerate too far when it comes to the hardships of 19th century life. Jonah’s just the supreme predator, yet like the most iconic characters, one who slots into any dangerous situation or locale. Over eleven graphic novels there are very few dud stories and Gray, Palmiotti and their collaborators haven’t been given enough credit for that.

Despite it being known by then that his 2010 movie wouldn’t be delivering sequels, this wasn’t the end for Jonah Hex. With DC’s 2011 ‘new 52’ realignment he transferred to All Star Western where he continued his surly ways under Gray and Palmiotti for a further six graphic novels.