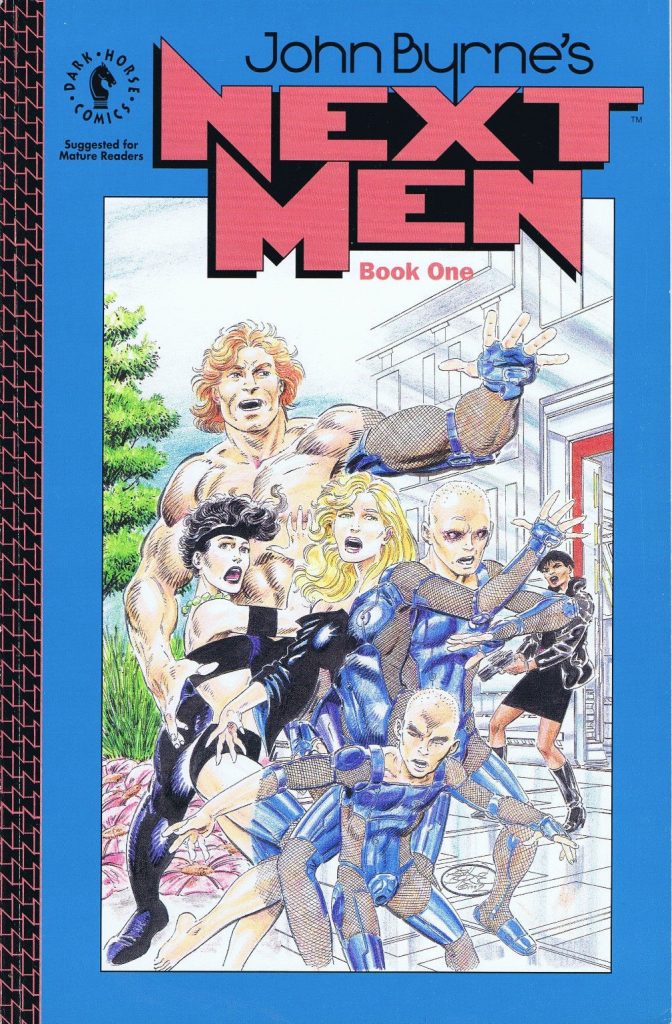 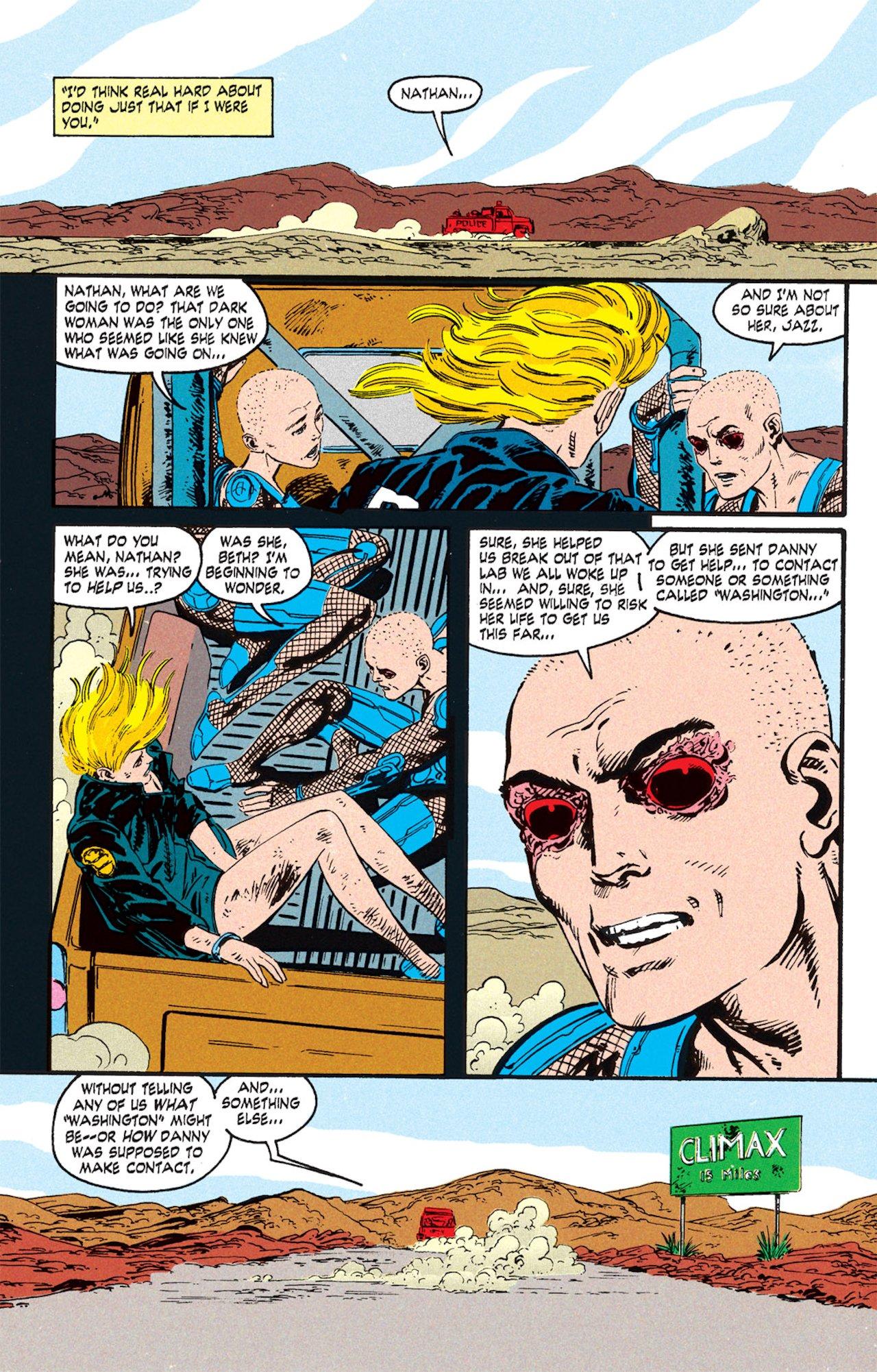 In 1992 comic sales in the USA achieved figures not seen since the 1940s, and while the long term beneficiaries were the founders of Image Comics, John Byrne was slightly ahead of the game in introducing his creator owned series. Launching a feature he owned opened the possibility of working without limitations imposed by working on established company creations, and with no continuity and no compulsion to maintain the status quo, no subject was off limits. It resulted in a consistently interesting and unpredictable series, although wouldn’t be completed until 2010.

This is the first collection of material that’s been reprinted several times since (see below), and Byrne resequenced the serialised comics to begin with the background, starting in 1955 and moving forward to the 1970s. A cyborg being named Sathanas drops back to 1955 from the future armed with terrifying needs and capabilities, and a knowledge of events to come, but for his own reasons Sathanas is willing to share genetic engineering technology. He approaches the ambitious Congressman Hilltop. The result, decades later, is five super powered teenagers who escape a facility just ahead of their planned murder.

In addition to a clean narrative slate, Byrne breaks with some storytelling techniques common to superhero comics of the era, and this makes Next Men relatively contemporary. He dispenses with thought balloons, and takes a leisurely approach to rolling through what, in effect, is a complete first story, but the prologue chapter apart, it takes place over 24 hours. Some habits are hard to break, and melodramatic chapter endings feature, the planned surprise of one diminished by the resequencing, but on the whole this wouldn’t be instantly identifiable as a series from 1992.

The teenage Next Men have grown up attached to machines educating them by osmosis. Their awakening is their first experience of the real world, and Byrne ensures that confusion is properly defined. The Next Men have relatively basic super powers, but this is structured as an action thriller rather than a superhero melodrama, although X-Men-like petty jealousies feature in the final chapter. Byrne’s writing has always featured watertight plots, and attempts to reconcile super powers with our reality as far as possible, and he takes this to new level with Next Men. The speedster, Danny, has incredibly muscled legs, out of proportion to his general body shape, and Bethany’s indestructibility extends to others hurting themselves if gripping her hair. These are discoveries for the cast, and by the end of the book one at least doesn’t seem entirely aware of her capabilities, although readers will be.

By 1992, when on form, there was no teaching Byrne anything about how to lay out a compact and dynamic page, and Next Men still features the detail he’d later reduce. His three quarter page of a raving Sathanus might be narratively redundant, but it’s a spectacular image of a machine man, and he depicts his main cast convincingly as naive teenagers. An attempted rape sequence is more troublesome now than in 1992, when Byrne’s intention was to display how some powers worked, but otherwise Next Men remains solid adventure, if darker than the material Byrne was known for.

Between 2008 and 2012 IDW issued a complete array of reprint collections, enabling readers to pick their format. Classic Next Men volume 1 is this material and additionally the science fiction one-shot 2112. That’s also in Compleat Next Men, but that content is black and white. Volume one of The Premier Collection is an oversized colour hardcover reprinting this along with some of the following Parallel in colour, but missing 2112. 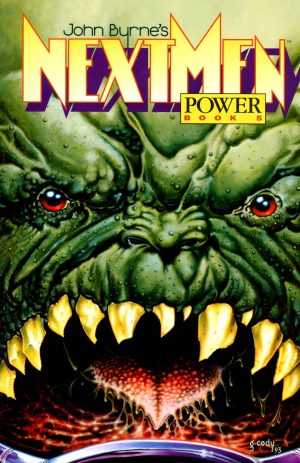