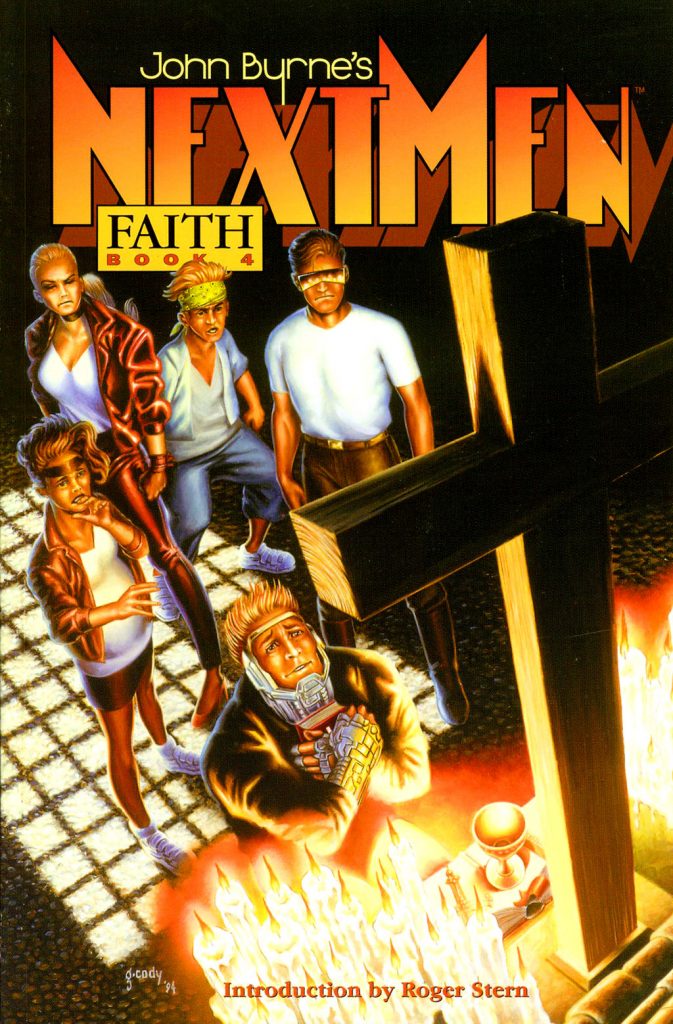 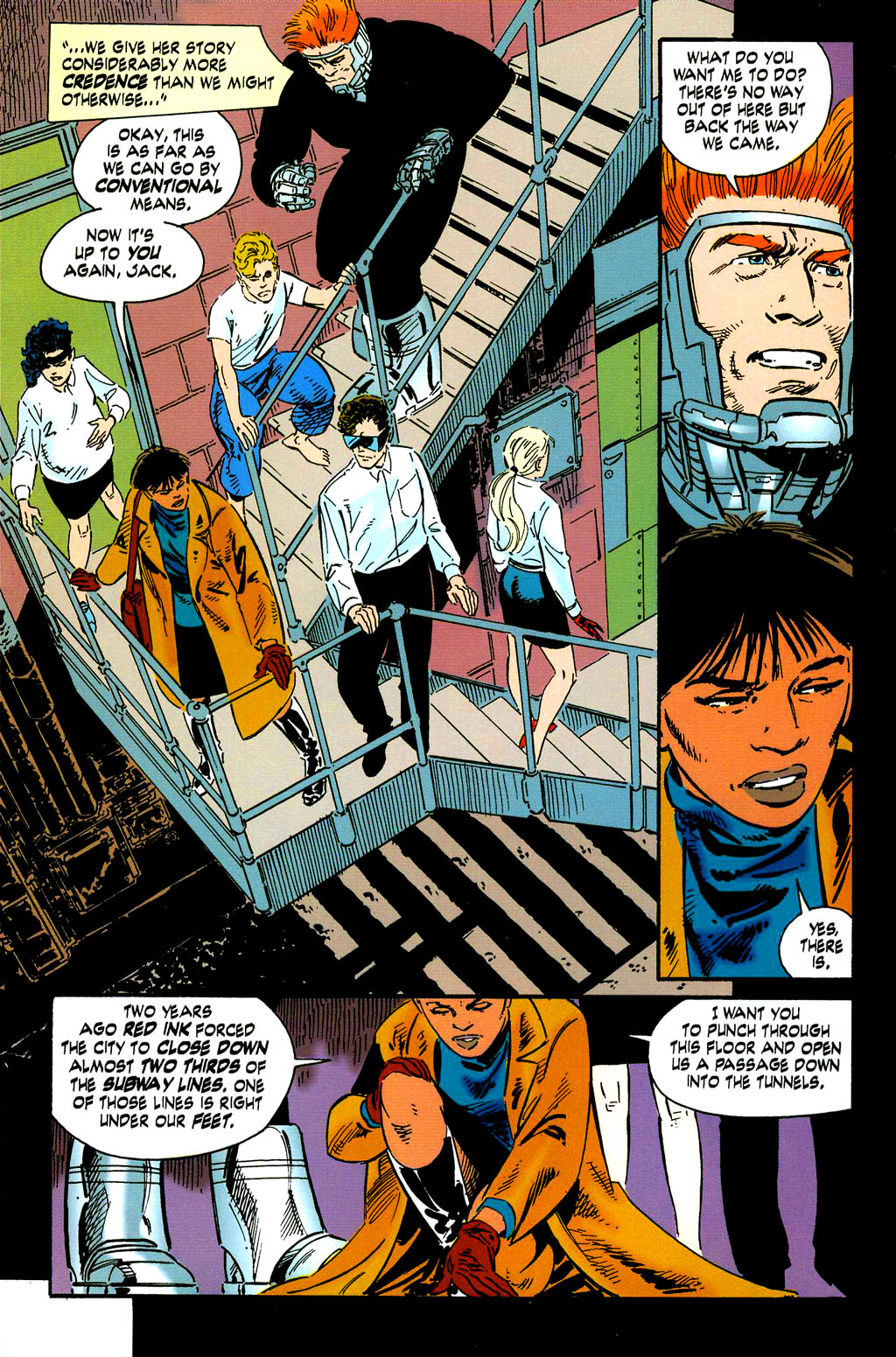 John Byrne will continue to confound all expectations with the direction he takes Next Men in this fourth graphic novel. As for the opening, suffice to say the events detailed to conclude Fame have proved only a slight inconvenience, and imprisonment isn’t their long term option.

A question running through the series has been exactly where the technology that created the Next Men originated. Anyone who read Byrne’s 2112 one-shot knows, just as they know who Thomas Kirkland is, but Byrne now explains for the benefit of everyone else. IDW’s Classic Next Men series from 2015 reprints the same material, but takes 2112 as its starting point. For ‘Faith’ however, Byrne adds an interesting new twist about Sathanus sure to get the cogs of the brain whirring. It’s not the only independent project he brings into the Next Men continuity, also introducing two reporters from his then recent novel The Whipping Boy. Other complications thrown in are fictional characters from comics seeping into the ‘real’ world, an entire religious community living in no longer used New York subway tunnels, and a frankly bizarre interlude populating the biblical story of Pontius Pilate with the Next Men cast. Oh yes, and there are nine pages drawn by Mike Mignola featuring Hellboy.

If all that seems a lot to pack into four chapters, it is, and Byrne is juggling several other plots also, so at this point Next Men becomes less a series of individual, largely closed off stories, and more a superhero drama with ongoing plots from collection to collection. That’s not necessarily a bad thing, but it is more conventional. Byrne’s plotting continues to surprise, some of the cast now appearing more sinister than they have done, and by the end of Faith the core team is fragmented, but some elements introduced in earlier books, especially Jack’s guilt, have paid off nicely.

The Classic Next Men collection is now more easily found than this, also including the following Power, and there’s the extra bonus of the ‘M4’ back-up stories from the original comics, missing here. Alternatively if you’re happy with black and white content Compleat Next Men volume two is the format for you, and those preferring luxury can opt for the third harbound Premiere Collection.