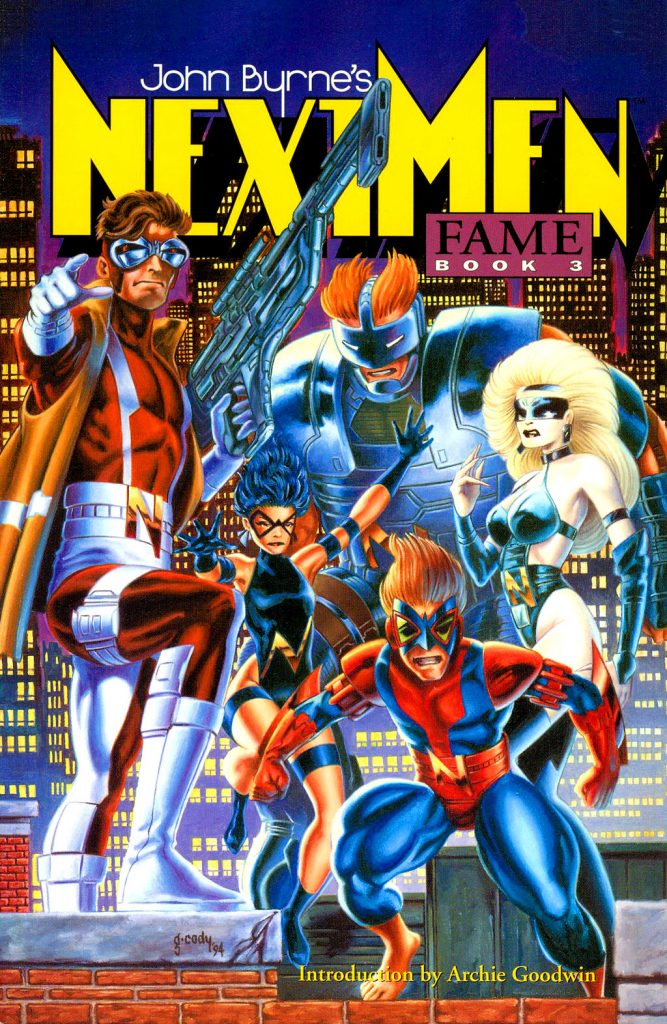 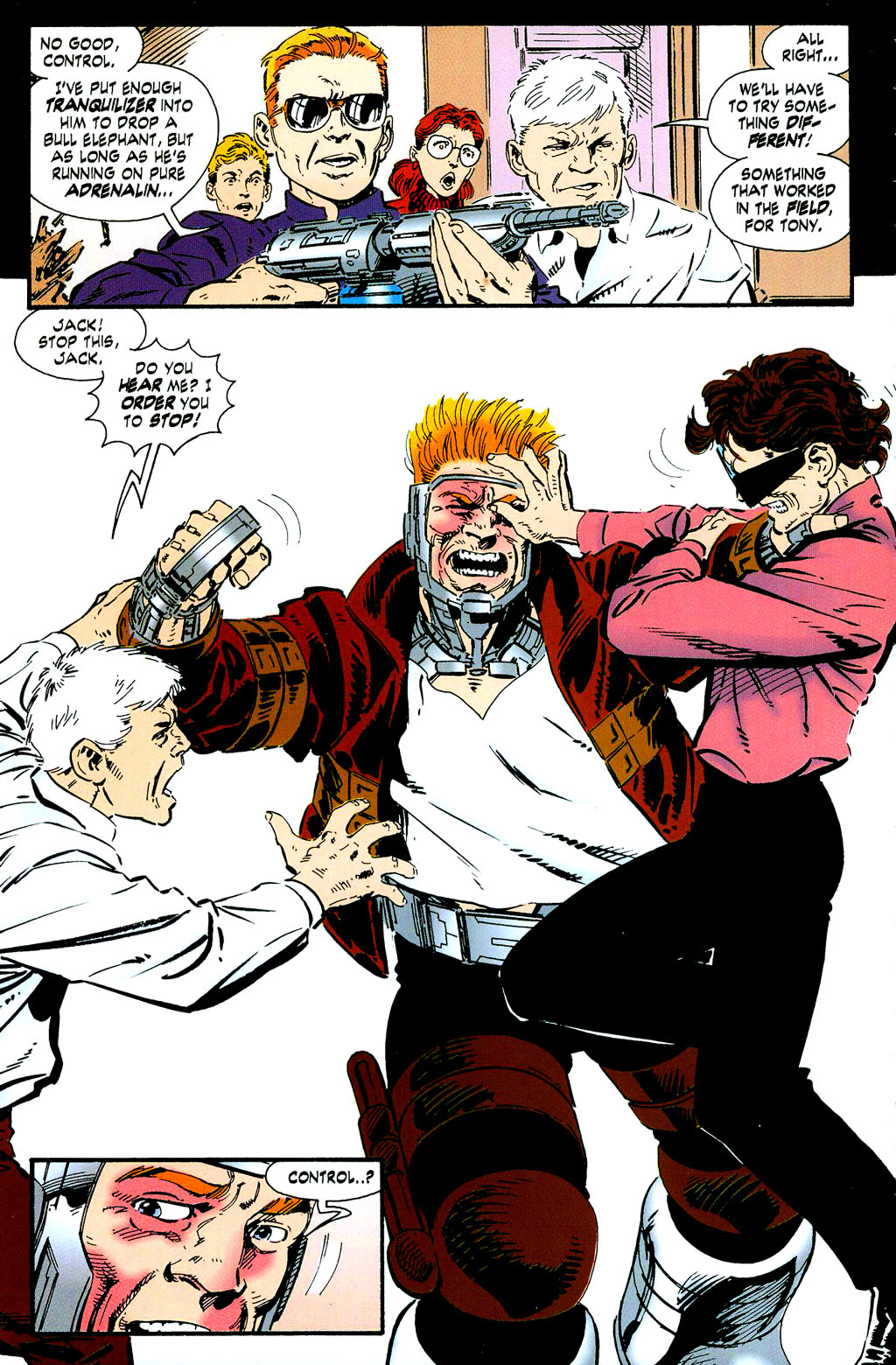 Of all the Next Men volumes, Fame is the collection that steps closest to standard superhero comics, but although John Byrne’s satire and homage is very knowing, he’s astute enough to ensure it doesn’t overwhelm a solid story. In Parallel one of the Next Men learned about his biological mother, and looked her out, a drama left unsatisfyingly hanging, but here Sprint and his newly located half sister propel the plot, beginning with Byrne casually dropping a brilliant aspect of their relationship. Danny is the youngest of the Next Men and has been the keenest to exploit the idea of the teens being superheroes, and that comes to fruition as there’s no longer any choice about revealing the existence of super powered teenagers to the general public. The chosen method to prevent alienation is to launch them as a comic series.

Archie Goodwin’s introduction notes that, respected as he was as an artist, there was a time when Byrne applied the standard single face fits all approach commonly used by superhero artists. The variety on display here is notable, even if some are Byrne parodying former work colleagues (someone looking much like Goodwin appeared in Book One), and the face shapes and looks for all Next Men are different. The people apart, Byrne presents a couple of spectacular spreads showcasing New York, and panel to panel storytelling is something perhaps taken for granted along with his style, but if only every artist was as clear.

Their earliest stories may seem primitive now, but Marvel pioneered the idea of superheroes in the real world, providing a veneer of attachment that readers could identify with, and Byrne’s taking that a step further with Next Men. There are superheroes, or at least teenagers with super powers, and how would the authorities react to that in our world? There was an attempt at weaponising them in Parallel, and here the focus is on cause and effect, action and price. The Next Men participate in very little of what could be termed conventional superheroics, but they’re certainly faced with villains, although these don’t wear costumes, and the over-riding threat of a politician’s career path to the presidency plotted by a villain from the future ticks along nicely.

As Fame ends and Faith awaits, very little is working out in the Next Men’s favour. It’s been cleverly plotted, and still reads well, but overall this is a little slighter than the previous two books. Some characters are progressing, but some of the core Next Men are very much makeweights in Fame.

This is now more readily available combined with Parallel as volume two of Classic Next Men, which is not only more recent, but it includes Byrne’s short ‘M4’ back-up strips connected with the main feature and absent here. They’re also included in black and white spread over the first and second volumes of Compleat Next Men. If you’d prefer a luxury item, Fame is found in the second Premier Collection hardcover.