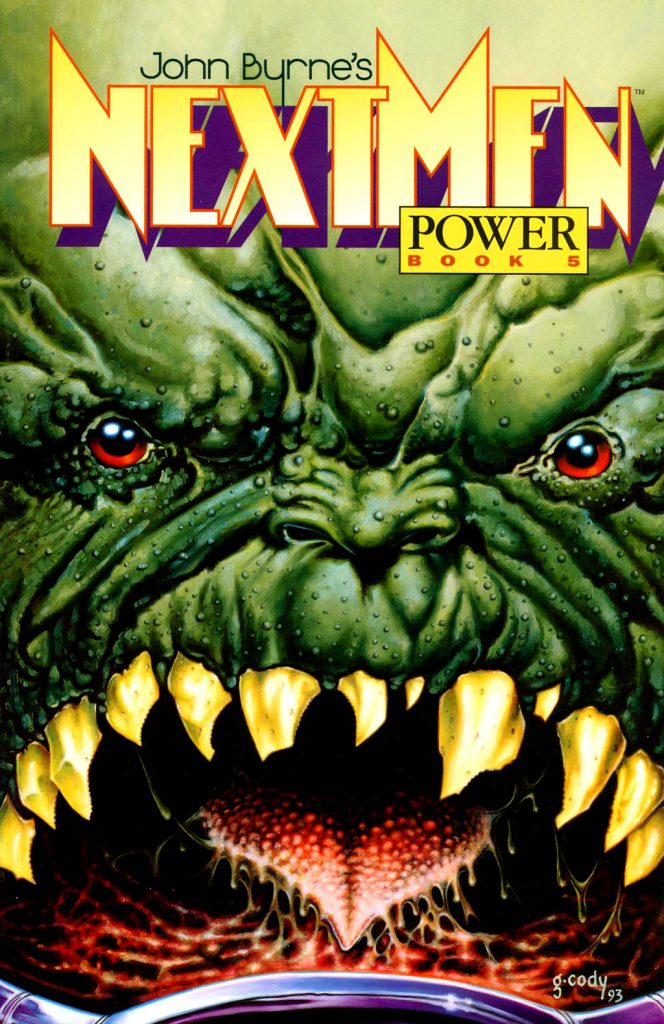 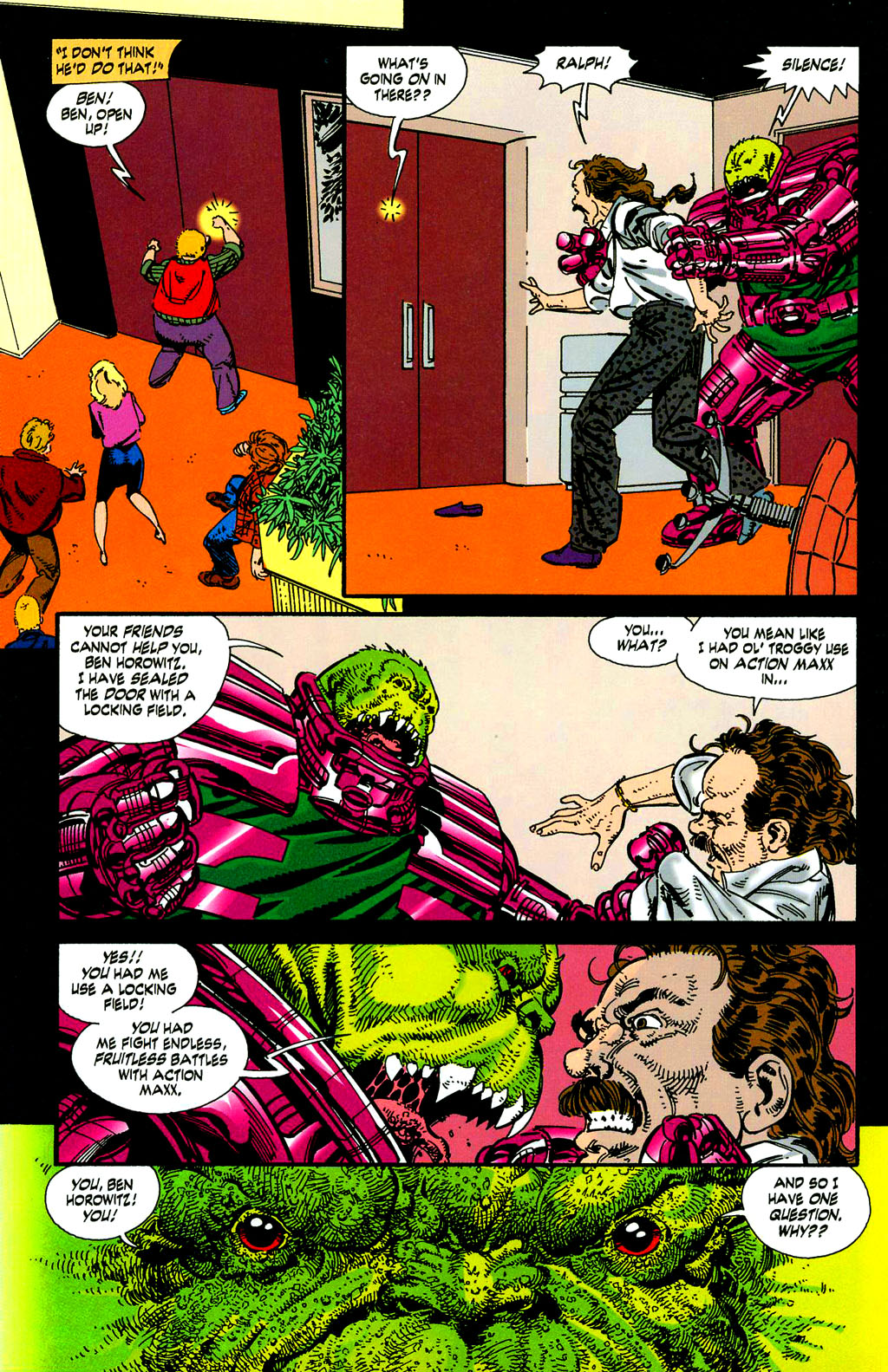 Despite the covers indicating Next Men is a conventional superhero series, that’s never been the case. A considerable number of ordinary humans have played continuing roles, and have had greater relevance than some of the Next Men. Beth has been almost a passenger since the earliest stories, and Jack, the most powerful of the teenagers, is entirely absent from a collection titled Power, following his decision in Faith. Credit to John Byrne, however, as with what rolls out in Power he again confounds all expectations unless the clues have been followed very closely. In Fame the Next Men had dealings with a comic company, whose employees have been part of the series since. Production staffer Sandy Tolliver has been experiencing unprecedented physical changes and simultaneously having vivid dreams about the company’s characters, which coincide with their manifestation in the real world. Byrne has fun with this, borrowing characters from other creators as he did with Hellboy in the previous Faith, and borrowing an idea from Jim Starlin’s Warlock series and applying it well as he revisits a triumph from early in his career. Well, in spirit, anyway.

Much of Power toys with the concepts and traditions of conventional superhero comics, the type of material that Byrne previously produced to the highest standards. He doesn’t exactly subvert that entirely, but he certainly adds an extra layer in a world not used to anyone with super powers. The title doesn’t just refer to super powers, however, and part of what’s been believed to be the foundation of the series is whipped away to set up the following Lies. By the end of Power the stakes underpinning the entire series have been disclosed, most of those involved have been revealed, and there’s a definite movement toward investigation of the bigger picture. On the downside, a betrayal seems more connected with a desire to surprise than any logical progression, but in the bigger scheme it’s a means to an end, but not pivotal.

In this reprinting, however, there’s an unsatisfactorily puzzling set of pages featuring characters not seen in this series of graphic novels, one of them almost immediately very casually discarded. It’s because Dark Horse hadn’t been including the ‘M4’ back-up strip from the serialised comic, and Power is the point where that plot segues back into the Next Men’s world. Byrne running two simultaneous, seemingly unconnected narratives was clever, but their merging without the benefit of reading those is clumsy. However, it’s easier now to find the content of Power in Classic Next Men volume three, and that collection does run the earlier ‘M4’ strips, providing a better reading experience. Alternatively there’s the black and white reprint of the second Compleat Next Men, or the luxury experience of oversized hardcover presentation in the Premiere Collection. 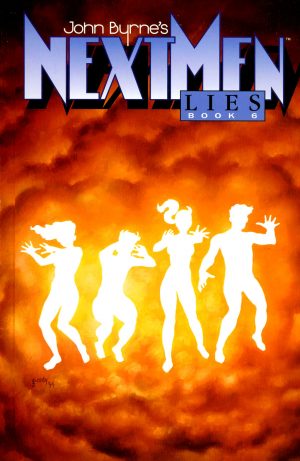 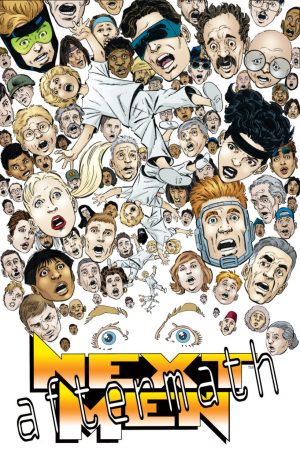