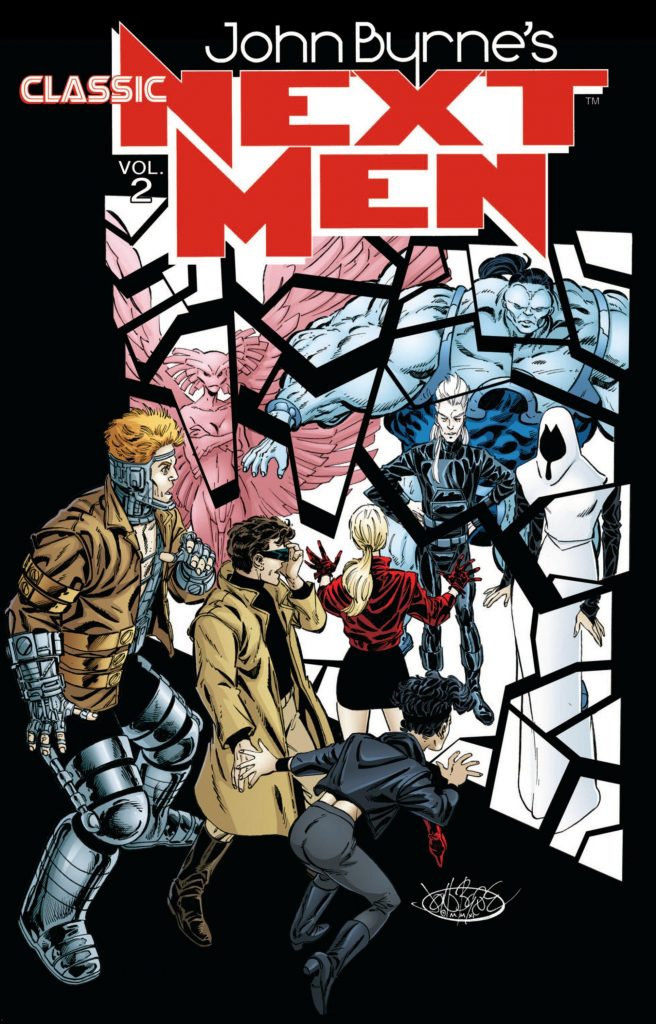 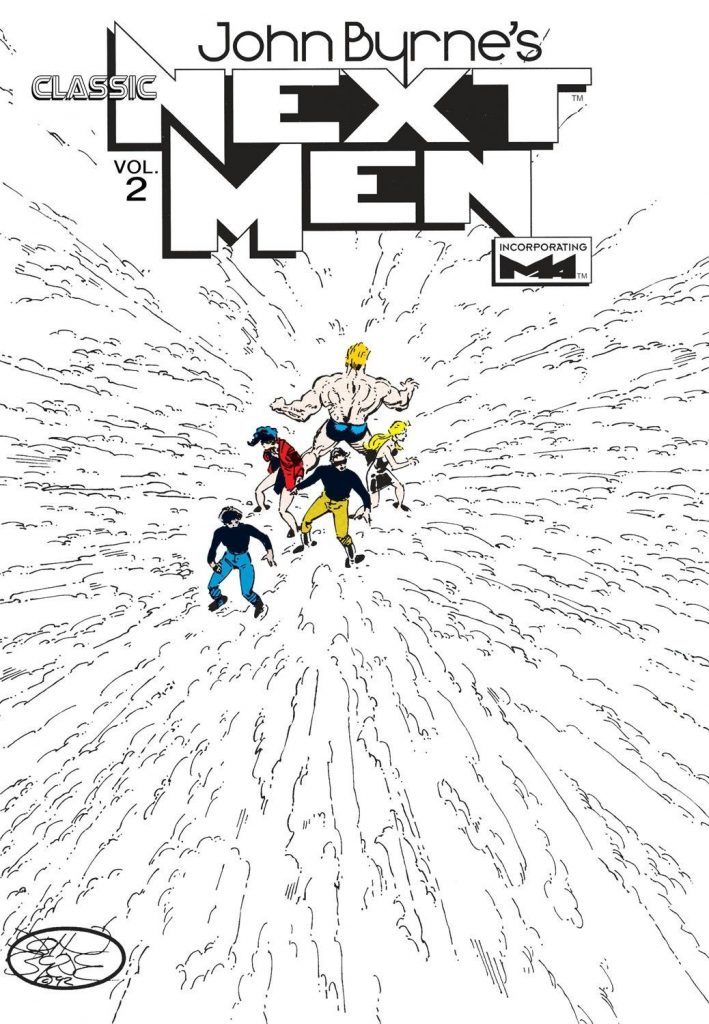 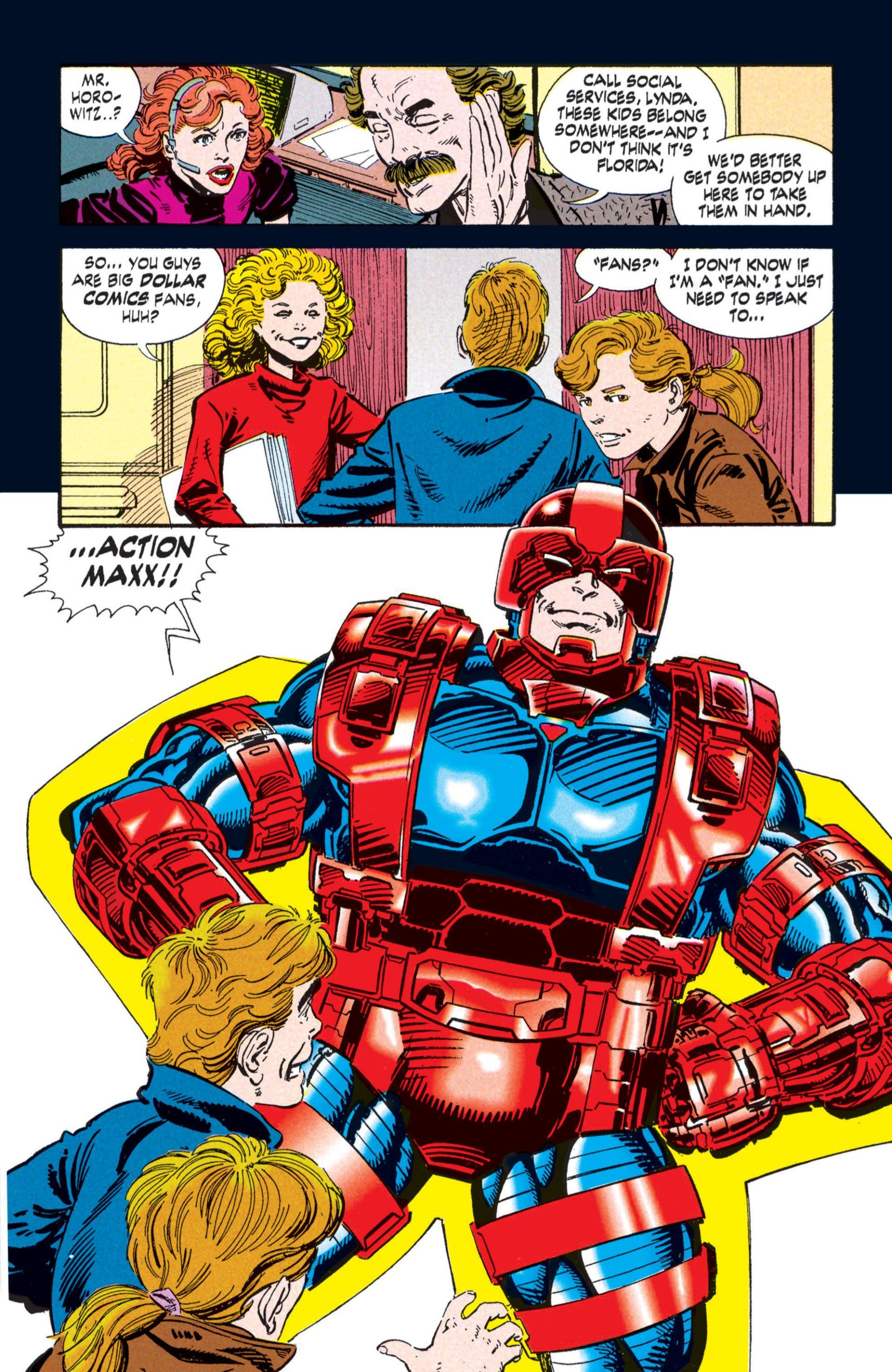 This collection features John Byrne successfully switching the mood over two very different stories, with some plot threads running through both and out toward volume three. What was originally issued as Parallel reveals the existence of a Russian superhero programme that’s run out of control, and is a moody mystery with an inventive finale. That’s combined with the Fame collection, in which the world at large learns of the Next Men’s existence, far more whimsical and ending with a cliffhanger.

In Next Men Byrne’s taking the old Marvel template of superheroes, or at least teenagers with super powers, a step further, adding another level of realism. Six months have elapsed since the events of a single day detailed in volume one, and a clever opening chapter runs through the primary cast considering both the pros and cons of their super powers. Danny, the youngest, is very keen to adopt conventional superhero identities, and has costumed himself as Sprint, but the idea is less readily accepted by the others. The irony is that they’re sent to Russia as superheroes, while Danny is considered too young to accompany them. It’s his response that leads to the second story arc, by which time he’s found his half-sister. Byrne admirably undersells a surprising secret of their relationship.

As his career progressed into the 21st century Byrne tired of drawing, which is a great loss looking at the superb storytelling, confident character depiction, and choreographed action scenes on display throughout this book. It’s a masterclass in how to lay out a story, and on the occasions when the plot permits, Byrne relishes the opportunity to open out into a glorious spread. As the comics industry is part of the ‘Fame’ story, Byrne further enjoys himself parodying his past and caricaturing his friends.

Although titled Next Men, it’s been clear from the beginning that a far wider cast was involved, and several more influential people are introduced in these pages. Byrne ensures there’s not a dull character in the bunch, and they interact well, but it’s also frustrating how little room this leaves for the super powered teens. Some are makeweights in the second half, reduced to a few lines of dialogue in 150 pages. It’s a minor caveat in what otherwise remains a very enjoyable, character driven series, and the plots that carry over surely ensure picking up volume three is a must.

Where this collection scores over the earlier reprints is by also including the ‘M4’ back-up strips that accompanied Next Men in the original comics. They tie in superficially at the start, as someone seen in volume one finds herself in the company of an android man, in true mystery style, lacking much of his memory before meeting her. Originally appearing in four to six page segments, ‘M4’ is a consistently intriguing piece, if suffering from the need to recap too often, and merges with the main strip in volume three.

In addition to the 1990s collections noted above, this content is also available spread over the volume one and two of Compleat Next Men in black and white. Alternatively the Next Men stories are available as the second hardcover Premier Collection, which also incorporates some of Classic Next Men Volume Three. 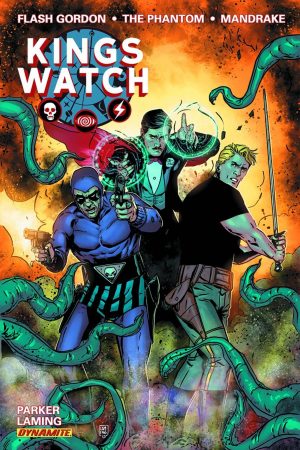