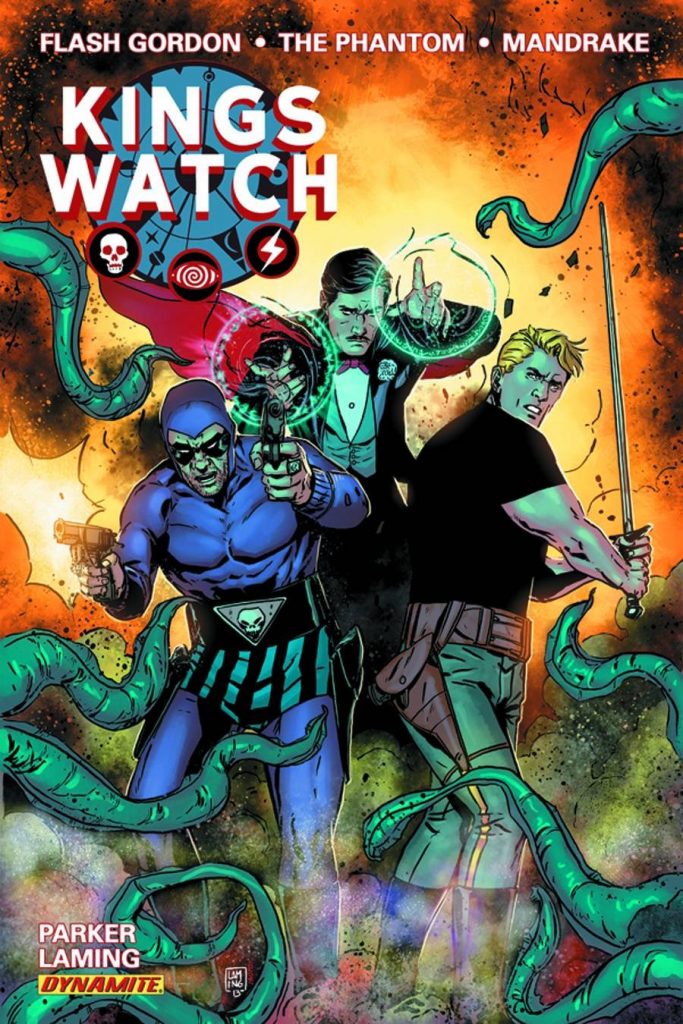 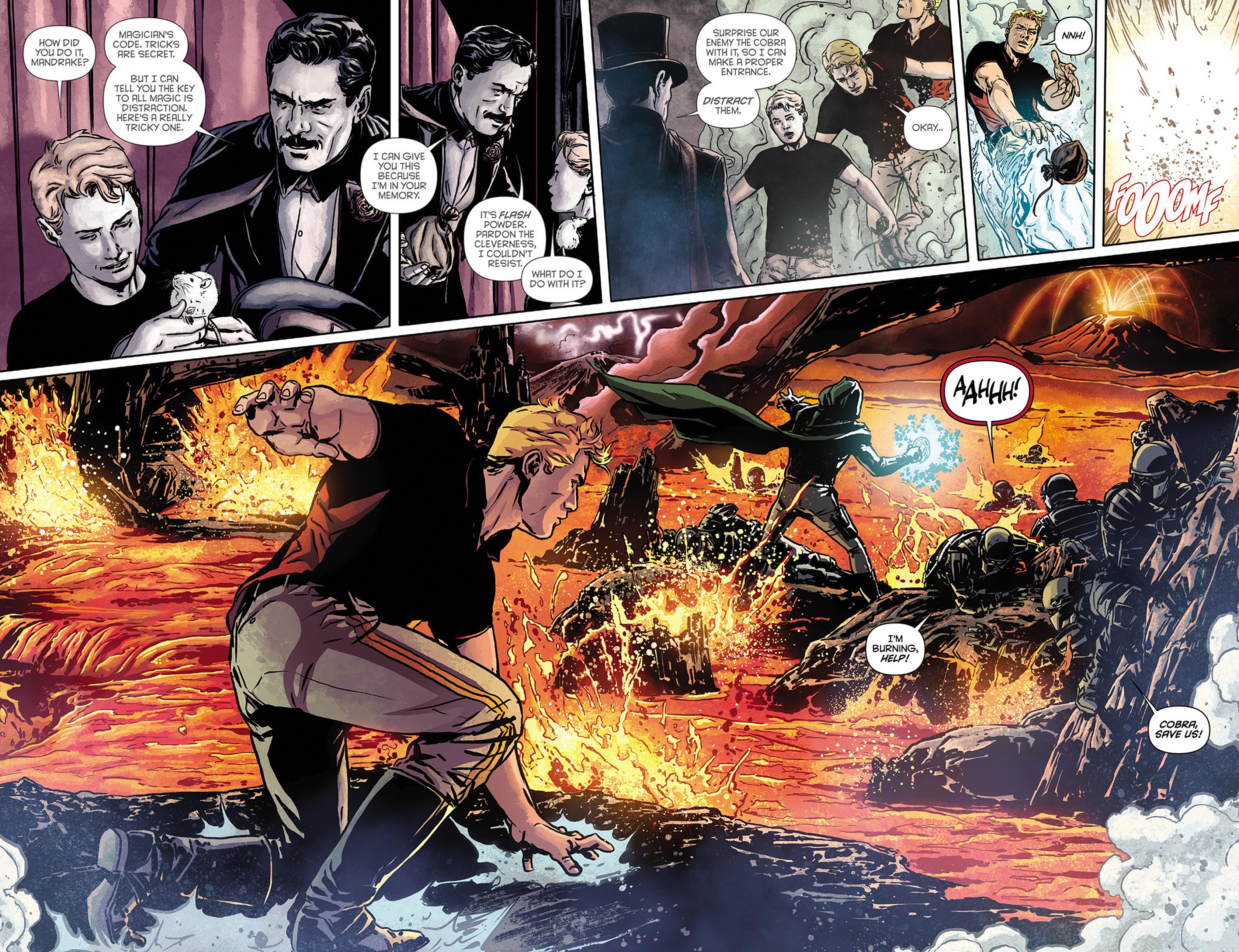 There was a time in the 1930s when Lee Falk’s two adventure characters Mandrake the Magician and the Phantom along with the science fiction of Alex Raymond’s Flash Gordon ruled the newspaper strip syndication market. Given this was many decades ago, Jeff Parker ensures no-one needs to know that, treating the characters if new and introducing them to the world as a planetary threat emerges. The skies are turning dark, strange creatures are appearing, and people are sharing the same horrific dream of destruction. Those who do know the history of the characters will have an advantage as they’re likely to have a fair idea who’s behind these events.

One person determined to get to the bottom of it is newspaper reporter Dale Arden, and she concentrates on Flash Gordon, a college student with an exuberant personality and excellent at all sports who’s persuaded his father to invest in the engineering genius of one Professor Zarkov. They succeed in creating the world’s first small craft capable of space travel, and Dale is smart enough to know how. Elsewhere the Phantom and Mandrake’s agent Lothar are investigating events in Tanzania.

Parker’s script includes several moments of sheer brilliance, not least how Mandrake manages to set up his rescue at the midway point, and it’s packed with obscure references and comments likely to raise a smile. He cuts between an ensemble cast very effectively, and works their character dynamics well, but a great reason for the success of Kings Watch is the frankly stunning art of Marc Laming. The lead characters, or some of them, are among the earliest superheroic archetypes, but he invests them all with a humanity, While they have their talents rendering them remarkable, Laming conceals this in their figurative representations, and its a technique that works well in making them relatable. That’s not to say he can’t deliver a breathtaking image when its required. There’s a stunner of the Phantom’s hideout that puts most presentations of the Batcave to shame, and when otherworldly elements are required he’s equally good at supplying them.

Kings Watch is a relatively slow build, but toward a worthwhile payoff. Parker leads us to a desperate us against them scenario, the few defenders using their wits and the strengths they have against a far stronger force. We’re used to seeing this in superhero comics, but what both Parker and Laming have set up has accentuated the humanity, and this adds an extra layer of desperation to the proceedings. Furthermore the Phantom isn’t immortal, he’s ageing, and his life has taken its toll.

This is a very enjoyable reconfiguration of classic characters, applying some dignity to those who required it, and re-imagining everyone to workable modern standards. The King Collection continues the look at these characters, but largely under other creators. The true spirit continues with Parker in Flash Gordon: The Man From Earth.