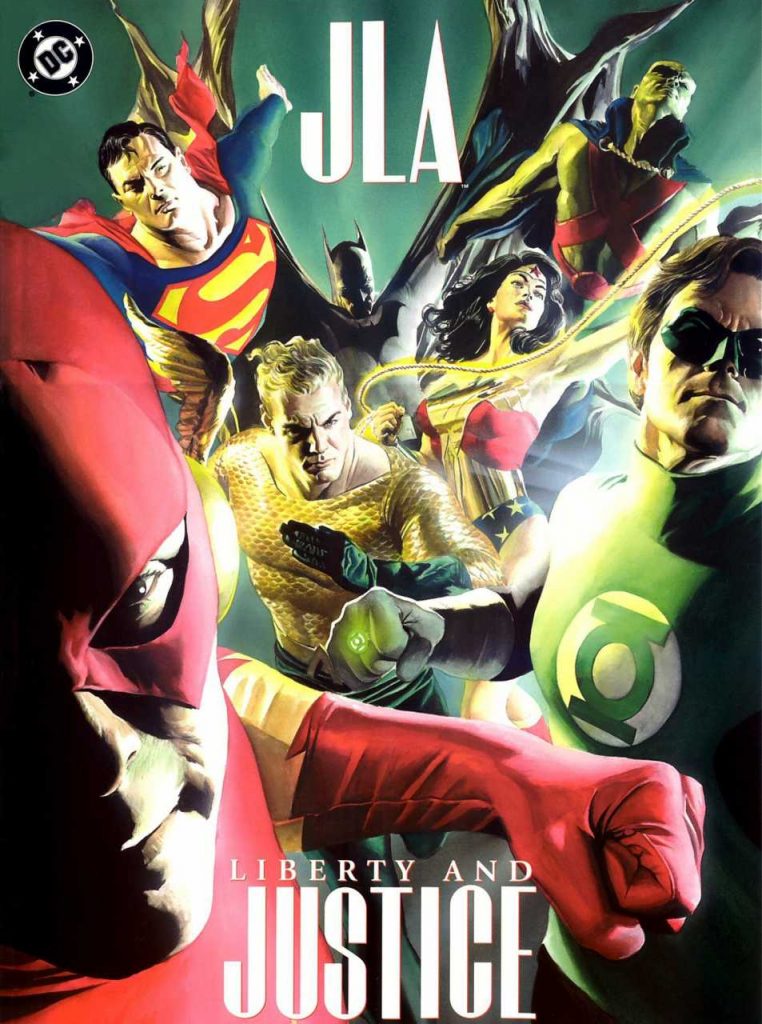 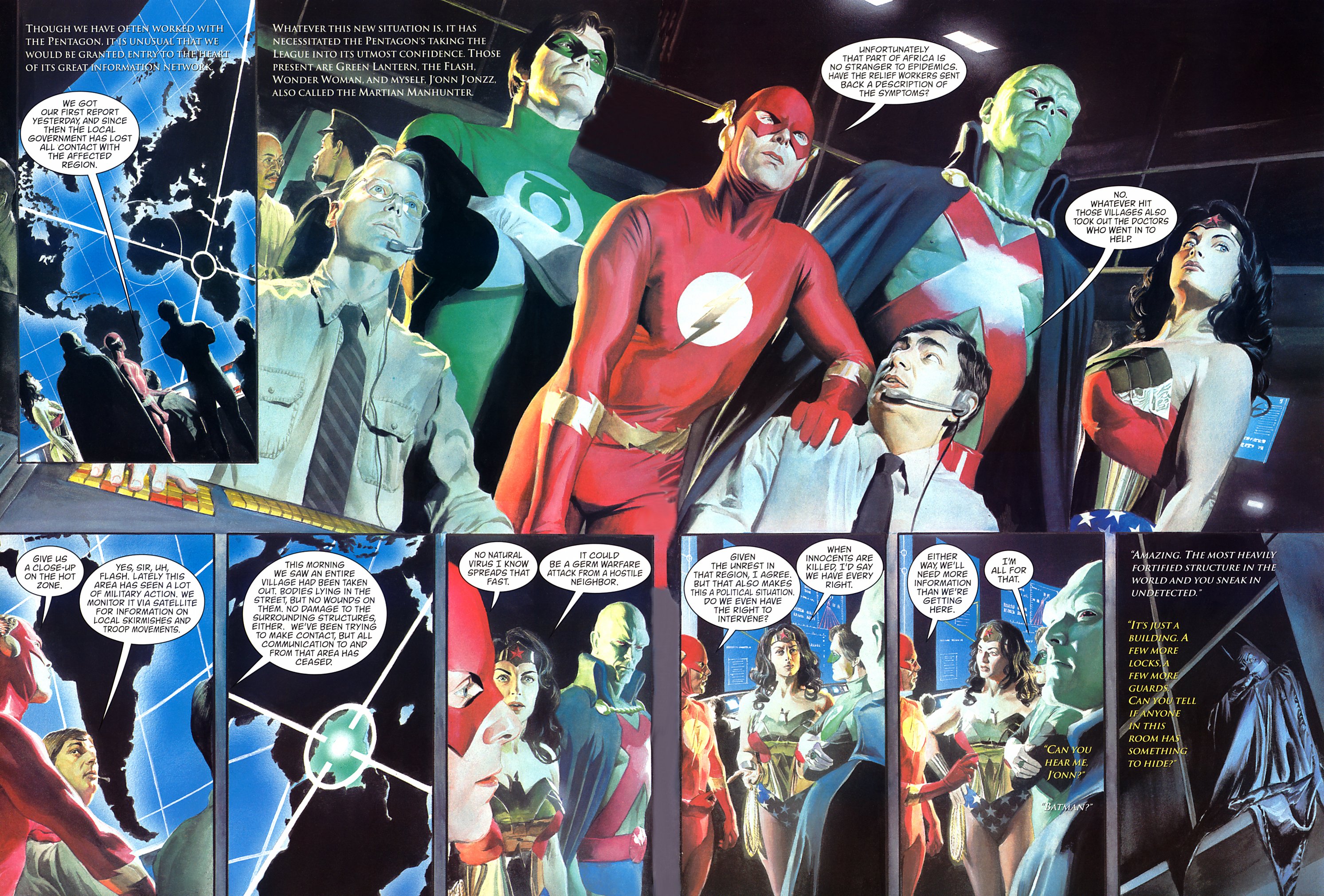 Before Liberty and Justice Paul Dini and Alex Ross had produced four collaborations focussing on DC’s individual iconic heroes, having each of them face real world problems. They vary the template slightly for the Justice League, pitting them instead against a microscopic and contagious alien virus that arrives on Earth and infects the population with devastating consequences for humans. It prompts speculation that the Justice League themselves may be responsible, since they harbour aliens.

While the consequences are somewhat spurious, the basic plot is a novel idea, a rarity given the Justice League’s long history by the 2003 publication, but doesn’t work as intended because it fails to provide much in the way of spectacle. There are many superbly painted pages of JLA members standing around talking, but the nature of the menace they’re up against pretty well excludes much else. Some thrills come from humanity’s territorial protectiveness, the JLA members facing conventional weapons of warfare, but it’s only in the final stages that Liberty and Justice comes to life. The creators had prefaced this with the slim Secret Origins, presenting the origins of Justice League members over a series of double page spreads, and the same artistic approach is used to focus on the secondary Justice League members coping with outbreaks of violence and panic. This is followed by the main team handling similar duties while distributing an antidote to all areas of the planet. It finally permits Ross to cut loose with the beautifully painted and imaginative scenes for which he’s known. However, even allowing for some iconic pin-ups of Aquaman, Flash and Green Lantern in the opening introductory sequence such pages account for well under a quarter of the ninety the story occupies.

File under worthy, but dull. By 2003 DC had solved the production problems of the glossy paper stock crinkling under the original treasury size presentation, so as far as the physical reading experience is concerned, this is smoother than the previous Dini and Ross works. The alternative is finding this along with their other collaborations shrunk to traditional trade paperback size in The World’s Greatest Superheroes. 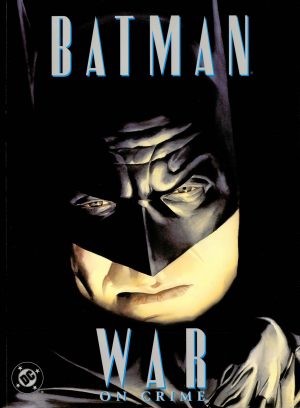