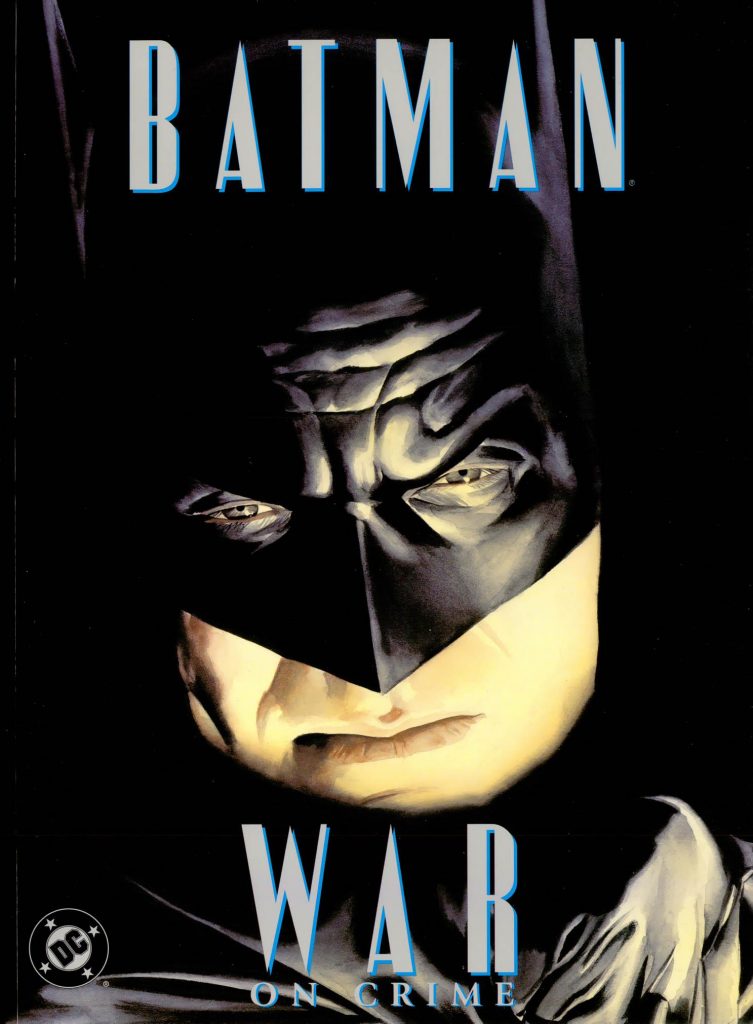 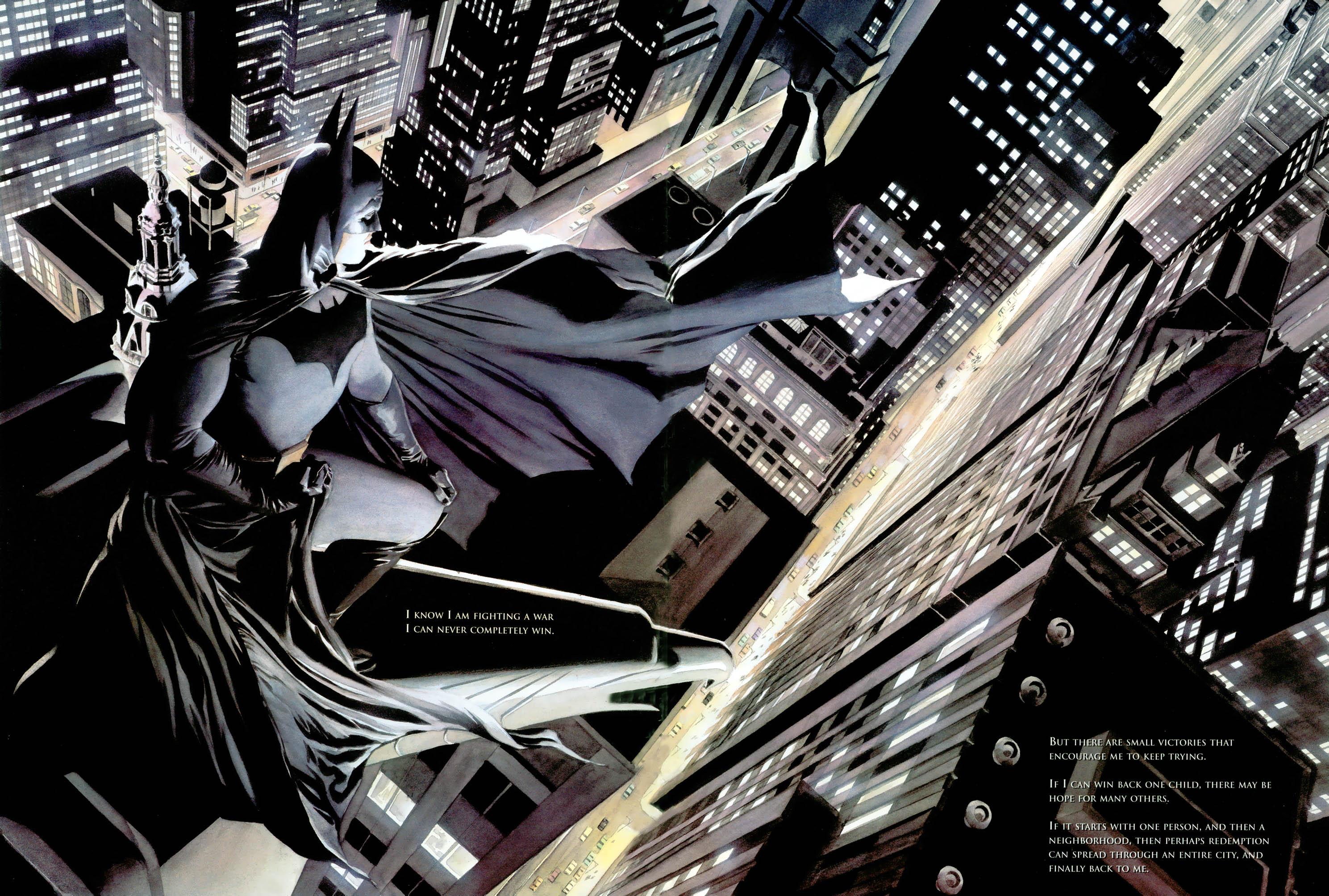 War on Crime is the second of five spotlights on DC icons produced at treasury size by Paul Dini and Alex Ross. Each of these has the superhero run up against a real world problem, and in Batman’s case it’s the connection between poverty and crime. Businesses have moved away from the Bayside area of Gotham, causing unemployment and squashing hope, and Dini emphasises the connection between that and increasing crime as desperate people commit desperate acts.

Batman and Gotham presents a different type of challenge for Ross, used to making superheroes resemble gods, and he doesn’t entirely pull it off. Yes, his painted photorealism is as spectacular as ever, but he’s unable to get to grips with real urban poverty. The Bayside scenes resemble dressed film sets rather than depictions of the dispossessed, with only the bare minimum of what’s necessary provided, which is strange as Ross isn’t a man who shies from detail, as seen on so many other pages. A man seen in the background sleeping in a cardboard box looks as if the cleaning crew have been around an hour before. Batman himself poses a different problem. As some film depictions prove, what works well in comics doesn’t always translate to real life, and Ross’ technique of photographic naturalism result in compromising his style to have Batman’s costume convince. He’s best when keeping Batman small, or partially hidden. When it comes to selling the remainder of Gotham, or the opulence of Bruce Wayne’s life Ross excels, presenting a sort of 1950s cocktail glamour.

For anyone who’s seen him, comic writer James Robinson being cast in the role of Randall Winters is a distraction. In the eyes of the law Winters is not a criminal, but as a developer with no concern for the lives disrupted by his profit making schemes, he’s ethically questionable. The series connecting theme of the heroes faced with a situation common to our world with no easy solution runs into a problem with War on Crime. Wayne’s immense wealth does provide an easy solution, and that’s his way in to making changes that have an impact. It seems too simple, and it’s a narrative weakness as it’s not Batman making the real difference, but Dini’s caught between a rock and hard place given the consistent plot template for his collaborations with Ross.

There is a production problem, with the glossy pages crinkling up and being very difficult to turn, which also afflicts other volumes in the series. It’s an acute disadvantage because Ross has chosen to tell much of the story across spreads, and the deficiencies of the format mean these spreads can’t be seen to their best advantage. An alternative is to pick up War on Crime collected with Dini and Ross’ other work in World’s Greatest Superheroes, but the downside is that the art has been reduced to standard trade paperback size.