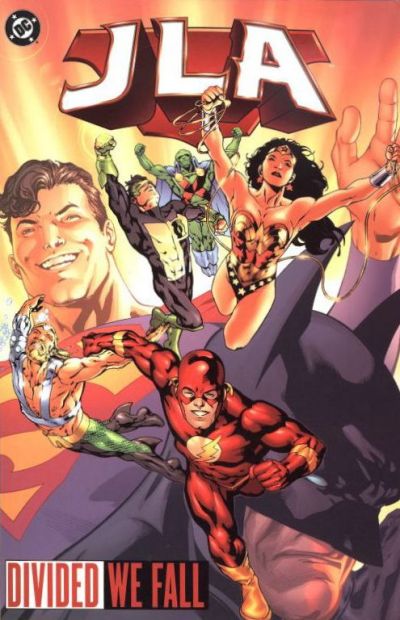 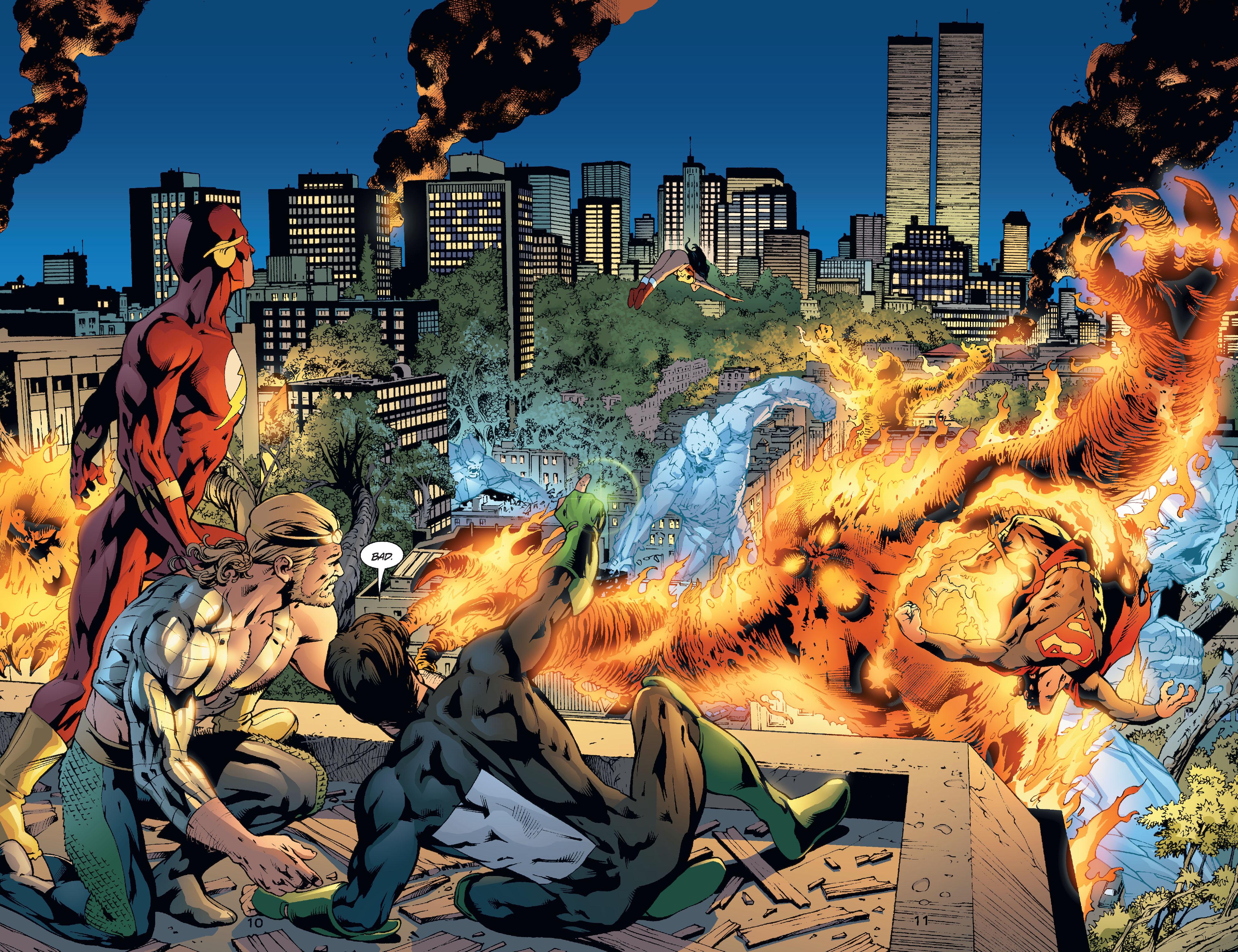 Without knowing anything about the content, just noting the creative team are Mark Waid and Bryan Hitch ought to induce salivation. Surely there could be no better writer to unite DC’s top of the line superheroes than a man steeped in DC’s history, and no better artist than the one who’d recently transformed conception of what superhero comics could look like with his spectacular take on The Authority. Well, talk about the best laid plans…

Two stories feature here, and neither could be said to be conventional Justice League material, at least for the period, which isn’t necessarily a bad thing. The first of them sees the evil Queen from any number of fairy tales released from confinement to cause havoc, and of course, even Superman’s vulnerable when magic’s being used. The second story addresses the events of Tower of Babel, in which a schism developed between Batman and the Justice League, as the Justice League and their civilian personas appear to be separate entities.

In theory pitting the Justice League against fairy tale villains is a good idea. It emulates the type of plot Gardner Fox used in the 1960s, and after all, Bill Willingham would twist the concept slightly for immense success with Fables, but here it’s dull. Assorted fairy tale menaces appear, and Wonder Woman is transformed into Sleeping Beauty, but the Queen rants and raves and the story never really comes to life. To begin with, Hitch does his bit. The storytelling’s good, and he opens up into spectacular spreads, but by the second chapter he already needs the help of J.H. Williams III to present pages in a storybook style complete with decorative page borders, and Javier Saltares draws half the concluding episode.

Having the Justice League then experience a dream world where anything can happen is too similar to the previous story, while interludes of Batman and Superman arguing feed into the bigger picture of disagreements between JLA members, but these disagreements come across as contrived. And it goes on… “I wish I could say the League stood reinvigorated, but it wasn’t as simple as that”, and on, and on, not helped by a number of usually decent artists seemingly called at short notice as all bar Ty Templeton are below par. The ending’s nice, but doesn’t fix the remainder.

That broadens out into another plot that might have come from a 1960s Justice League issue, with the costumed superheroes facing their civilian counterparts. It’s a puzzle, but one in the 1960s that would have been addressed in a single comic. Again, it’s laboured in making the point that their humanity is essential to what the superheroes are, stretched way too far, and although he draws the final three episodes after Mike S. Miller steps in for the first, Hitch obviously finds the story dull also. The pages he supplies are nowhere near the quality of those at the beginning of the collection.

Waid’s run on JLA concludes in Terror Incognita, and the entirety of both was later reissued as volume five of JLA: The Deluxe Edition.