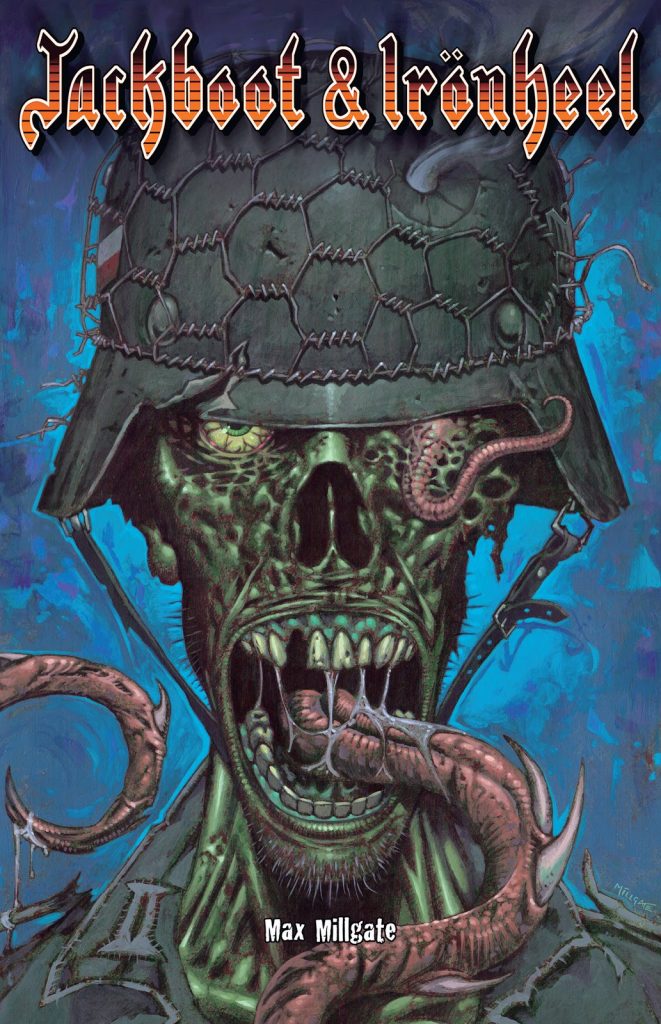 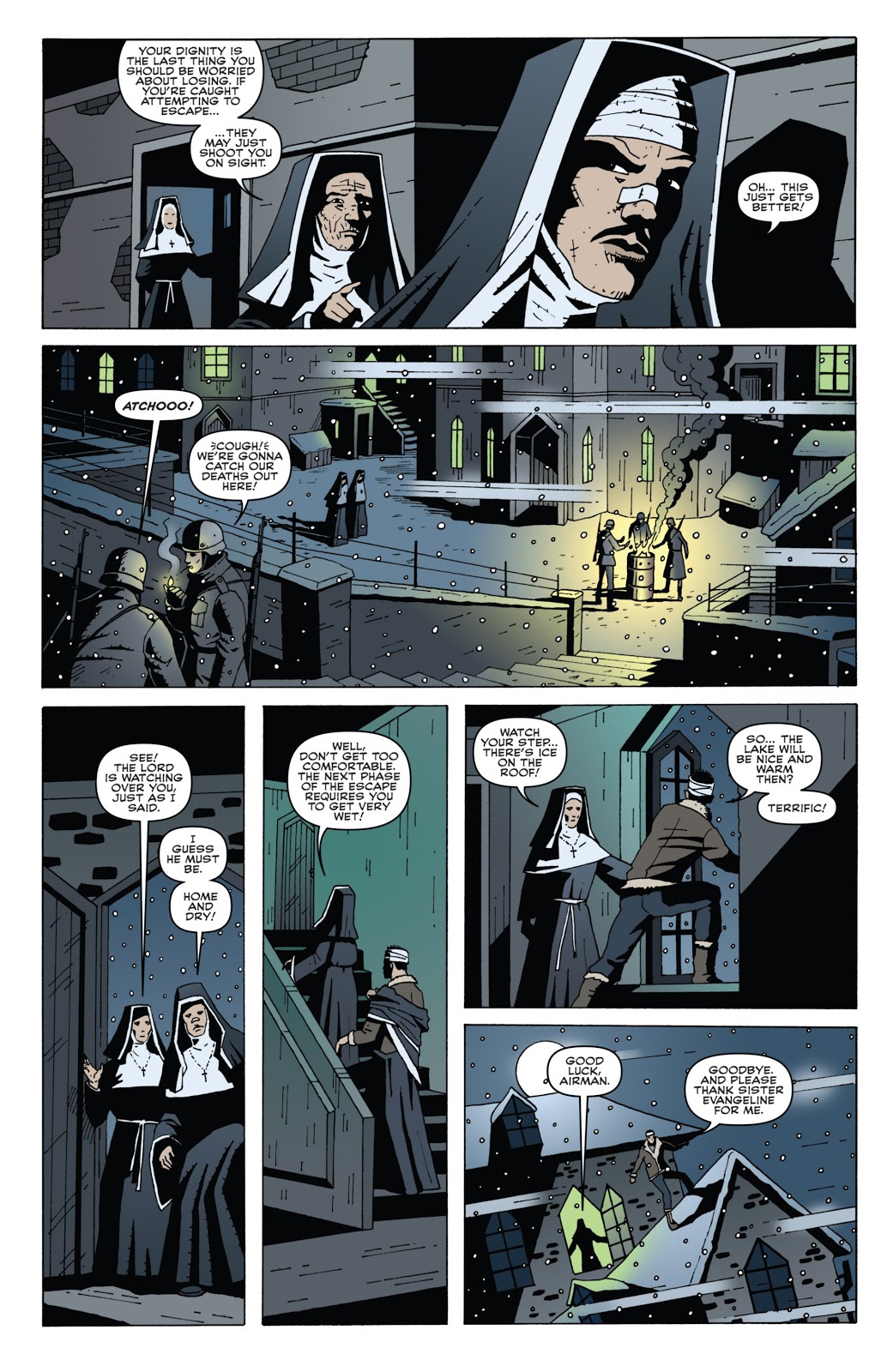 Before World War II started Eddie Neale looked to have his future on a plate. West Ham United may have been a second division football club, but he was the star striker, whose young life had always been characterised by a stroke of luck. That appeared to have run out when his wartime allocation was to a bombing crew, which had notoriously slim survival rates, yet he bucks the odds again when his plane is shot down, being the only survivor. He’s picked up by Nazi troops to be imprisoned in a nunnery they occupy.

As David Millgate, Max Millgate was co-creator of Sinister Dexter, which bestows considerable credibility, and the twenty years separating that from Jackboot & Ironheel have seen his art refined into a pleasing simplicity. There’s a deliberate flatness to the pages, emphasised by careful colour choices that definitely echo Mike Mignola, and from that he crafts a constant dark atmosphere. There’s detail as well, with Millgate carefully recreating the vehicles, uniforms and other trappings of the Nazi era, while Neale is the epitome of 1940s heroism with his moustache and flying leathers.

The writing matches the art. It’s straightforward and efficient, archetypes all that’s needed in terms of cast, and little toying around with plot, with Neale suitably heroic as he spouts wistful dialogue like “Y’know Gunter, if politicians could sort out their differences on the football field this stupid war would never have even started”. The threat is established, frequently seen, eventually nicely explained and the suspense is generated by how it will finally be dealt with. Further kudos to Millgate for resisting the temptation to replace w’s with v’s for the German dialogue. Nuns and Nazis have already proved a winning combination, but Millgate improves on that by substituting brilliantly drawn monsters for music. We can rest in comfort that any edelweiss or lonely goatherds have long found their way down the monster’s gullet. Very, very enjoyable.