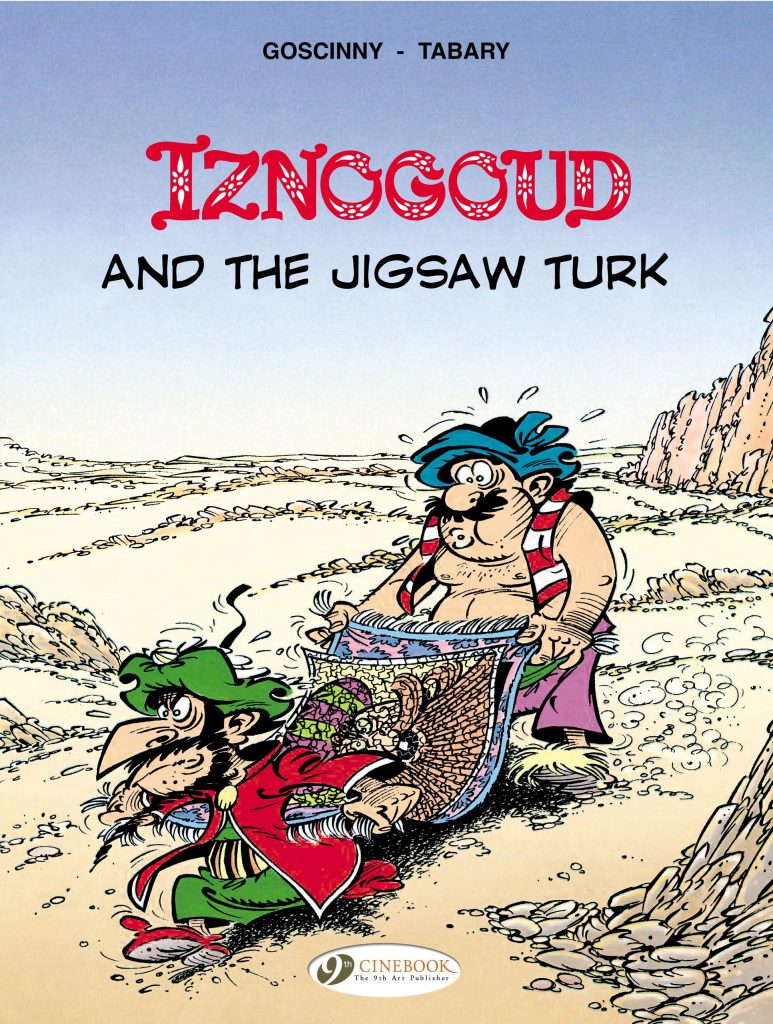 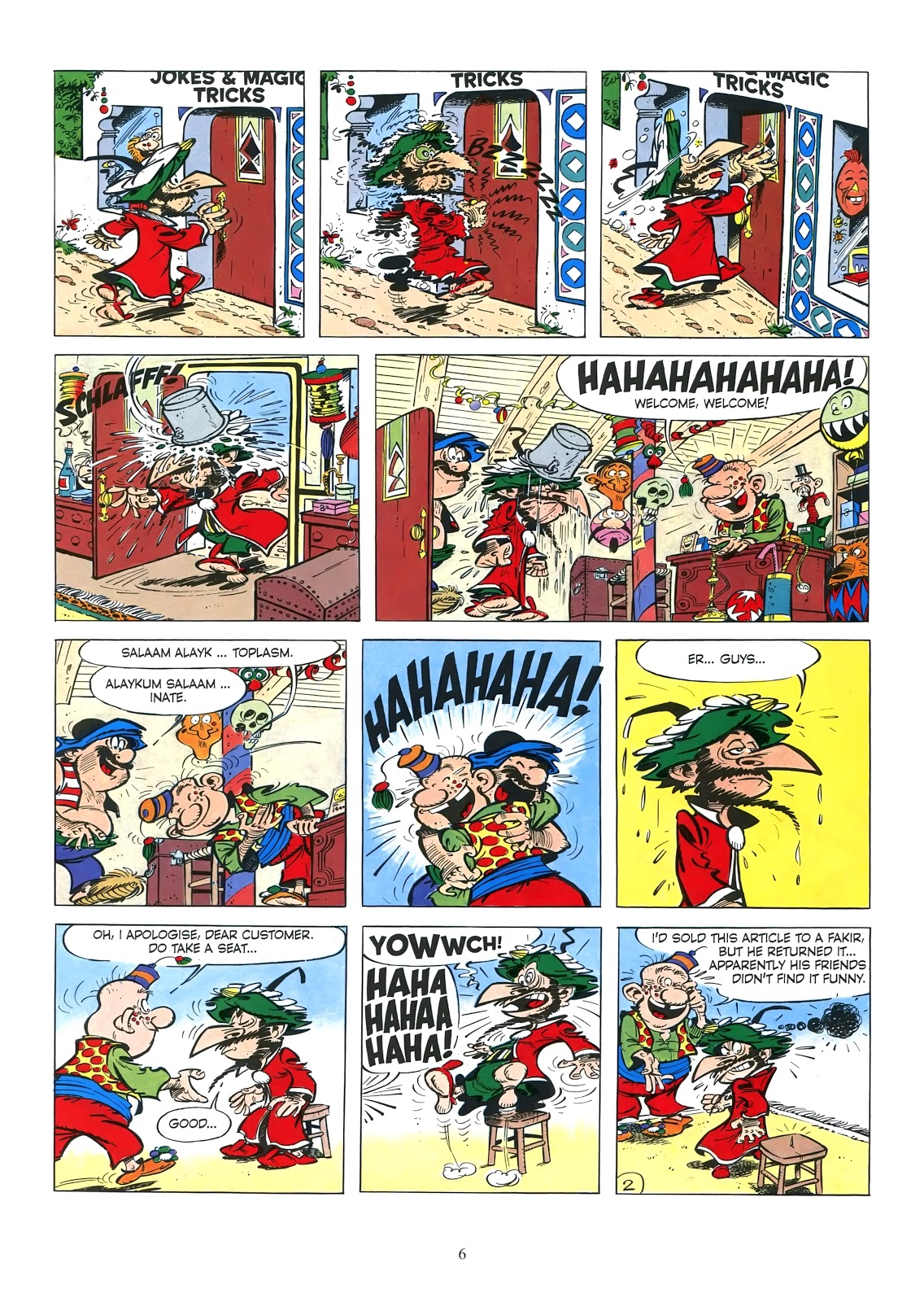 In the original French the title of this album, the eleventh the series, is La Tete de Turc d’Iznogoud – The Turkish Head of Iznogoud. Not great, but perhaps a little less obscure than the title Cinebook have gone with, no doubt reflecting the fact that this collection leads with an extended 18-page yarn entitled ‘The Jigsaw Turk’. For what it’s worth, Iznogoud in Pieces would be an improved suggestion for any future English language editions!

The greater page count for ‘The Jigsaw Turk’ makes it one of the most satisfying Iznogoud strips. Writer René Goscinny opens proceedings with a crowded scene of binmen on strike – a common cause of anxiety in the 1960s and 1970s when these stories were first published – before setting the wheels of his main plot in motion.

As usual, wicked Grand Vizier Iznogoud is looking for ways to depose good-natured Caliph Haroun Al Plassid, and so he pays a visit to Baghdad’s newest joke and trick shop. The proprietor presents him with a magical, 10,000-piece jigsaw puzzle that will help Iznogoud “get rid of an irritating person”. Before placing the final piece to complete the image of a Turk’s head (hence ‘Jigsaw Turk’), the Grand Vizier just needs to “think about the person you’d like to disappear … then the person instantly shatters into as many pieces as you need to assemble this head!”

Needless to say, things don’t go according to plan, and Iznogoud has to go searching through rubbish bins in search of the foolishly discarded final puzzle piece, only to run into a group of militant dustbin men who mistake our anti-hero for a strike-breaker…

This album also includes ‘The Sheik’s Potion’, an early 1960s iteration of the strip, when it was still known as ‘The Adventures of Caliph Haroun Al Plassid’. Iznogoud is here rendered in a slightly more realistic style, although artist Jean Tabary’s flair for ornate detail and manic action is otherwise pretty much in place.

In one of the strip’s many self-referential turns, Tabary himself turns up in the final tale ‘The Magic Calendar’, running just a little behind deadline. This story pleasingly opens and closes with the same text and title logo and works through such a convoluted series of time travel twists that even Goscinny loses track of his narrative at one point. Never mind – as with so much of Goscinny’s writing, the pleasure is very much in the telling.