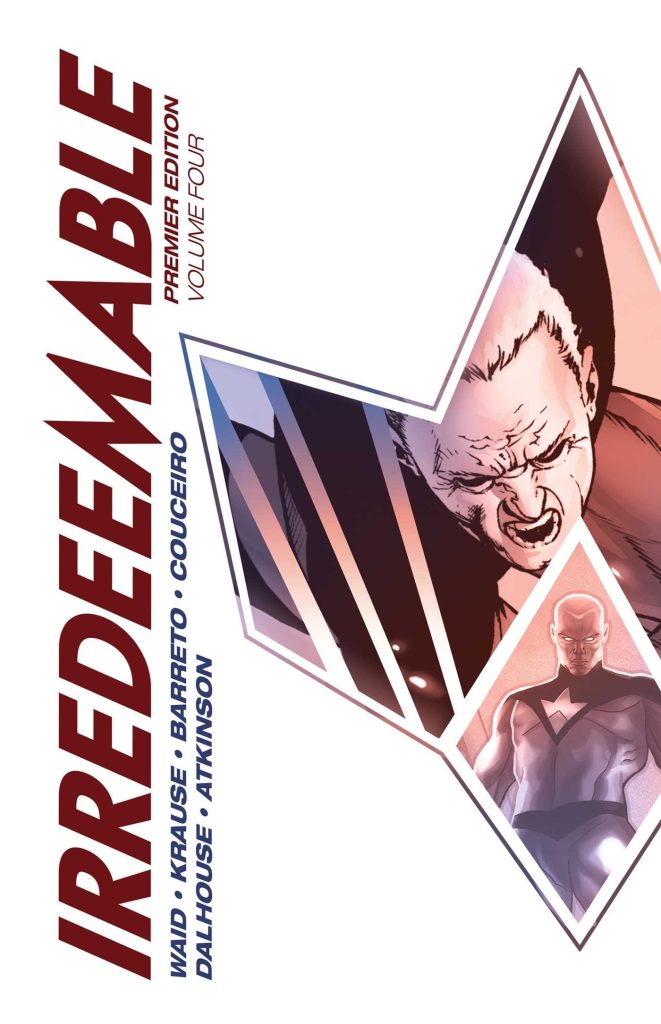 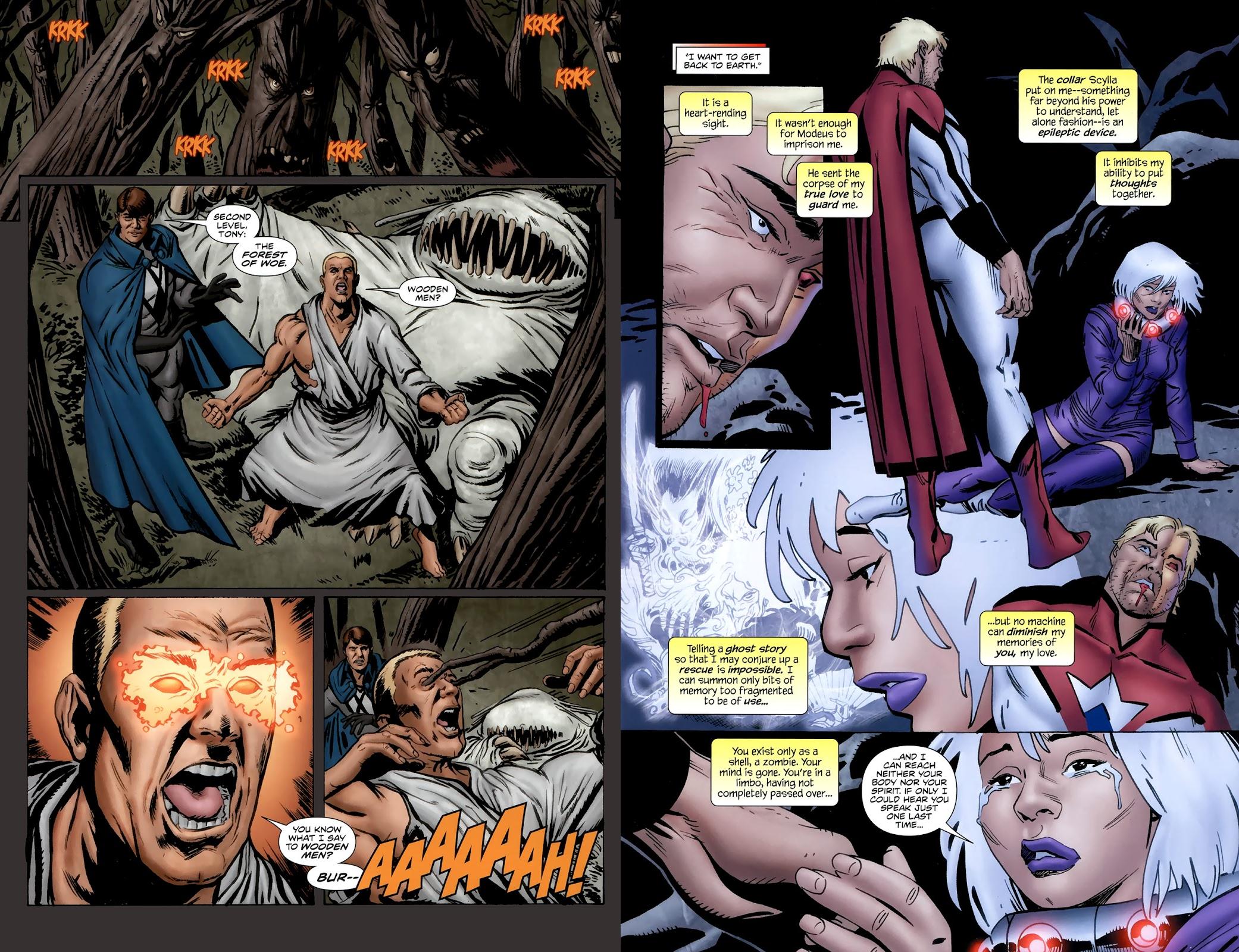 There was a feeling that the content of Irredeemable Premier Edition Volume Three had begun to hit a holding pattern. The problems the Plutonian posed to Earth had been dealt with, but it left much of the cast without a cause. That’s changed by the end of this selection, which is, with reservations to be explained, a spectacular return to form.

As was the case last time, Peter Krause handles flashback sequences of the Plutonian’s past, which are quite extensive, and Diego Barreto draws the remainder. He’ll generally put less effort into the backgrounds, but his storytelling has improved, and both artists drop in homages. Barreto’s sample art (right) has more than a touch of Joe Kubert about it, and Krause channels his inner Ditko for a sequence with Qubit and Modeus. The effect of Modeus’ artificial face is suitably creepy as supplied by both artists.

There’s a rare lapse of Mark Waid taking a contrived route to tinkering with time, but that’s countered by so many neat touches, one being the pay-off to a comment Qubit made about recognising technology in the previous book, where it was just assumed to be in passing. The entire first half is a triumph, with the pace restored, a great revelation about the Plutonian’s powers and some horrific events. The second half, isn’t as original, and the then relatively recent events of World War Hulk come to mind as the Plutonian returns to Earth with a bunch of planet-shattering alien allies. Under Waid it plays out very differently, but the similarities are there.

A growing sense of desperation pervades the second half. Earth’s military and Survivor have both contributed to making a bad situation worse, and that comes back to haunt them as Waid gets around to answering questions that might have occurred to sharper readers a while back. As has been the case before, the ending is completely out of left field, yet completely logical, and once again the ground shifts.

This volume marks a farewell to Krause, which is a shame, but offers a final opportunity to see his pages enlarged by around 25% in hardcover. Alternatively, pick up the whole series as the Irredeemable Omnibus, or Volume 7 and Volume 8 in paperback provide the cheaper option. Premier Edition Volume Five conlcudes Irredeemable in this format. 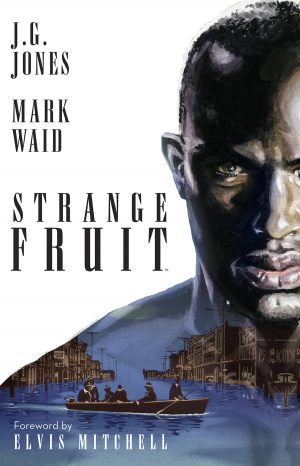